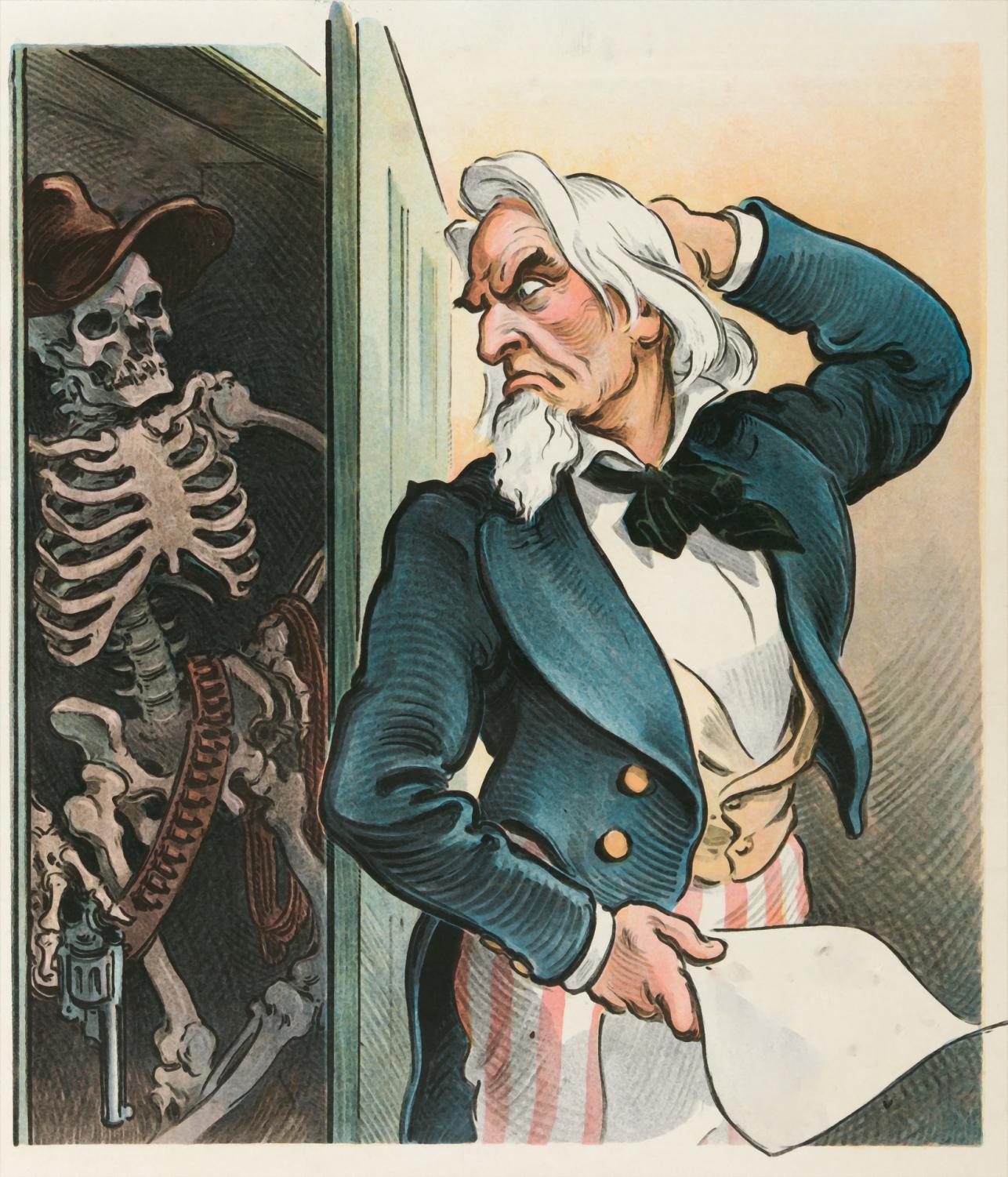 Uncle Sam has some skeletons in his closet. (pixabay)

Uncle Sam has some skeletons in his closet.

America is considered “the greatest country in the world” because of the concept of the American Dream and the freedom that the nation offers. America created the concept of being the greatest, but has it ever really earned that title?

In the 20 years, I’ve been on this earth, I only began to truly see America over the past few years. The more I learned about the world, the more I learned that while America may not be the worst, it’s certainly not the best.

The rest of the world doesn’t even think we’re the greatest. A 2020 Pew survey of 13 countries concluded that America’s reputation was at a record low. In the 20 years, the survey has been conducted, the respondent countries had never reported lower numbers, with Japan’s being the highest at 41% approval. How can we begin to respect ourselves if the rest of the world, including our allies, don’t approve of us.

To be fair to foreign citizens who disapprove of the US, we don’t approve either. From 2017-2020, Americans’ faith in believing they reside in “the greatest country in the world” fell to 54%, the lowest recorded in this century. Furthermore, what Americans perceived as top threats were dominantly domestic, with the top three being COVID-19, domestic violence extremism, and political polarization. To amend what I commented before, we shouldn’t respect ourselves when nearly half of our country doesn’t.

For those who think America is a free, equal and outstanding country, look again. The US is ranked 7th globally and scored an 86/100 for global freedom, with a 33 in political rights, and 53 in civil liberties. For “the greatest and freest country” we have a pretty low freedom score.

Not only did the US not rank in the top 20 for Best Education Systems, but only 50% of Americans were totally satisfied with K-12 education. We can’t say we have the greatest education systems. Children that are learning how to spell their name are also learning how to face and react to life-threatening situations in their own classrooms. Before they apply to college, they’re already desensitized to some of the more horrible aspects of life.

The US ranks 37th overall for the best healthcare, 33rd in infant mortality, 28th in life expectancy, 15th in quality of life, and still spent three times the OECD (Organization for Economic Cooperation and Development) average in Health Spending in 2020.

The reason people believe America is the greatest is because it’s spoon-fed to them from the moment they start school. The education system conveniently leaves out the aspects of history that make the US look anything less than the hero and teach that the only success is through American progress.

We slaughtered the 100 million people who called America home before we colonized it when they fought back. The Emancipation Proclamation didn’t end slavery. We continued involving ourselves in two wars we knew we weren’t winning. We did not single-handedly stop communism. The My Lai Massacre, MK-ULTRA and CIA enhanced interrogation are never discussed. Even today we ignore the disproportionate rates of minorities being affected by disease, the environment and other societal factors.

American citizens trade seeing things truthfully for their freedom of not knowing. So, because America tells its citizens it’s the best and to not question it, most people don’t. We don’t see how we slip every year in domestic confidence and democratic satisfaction. Not knowing the truth makes us believe that America is the freest, greatest nation in the world.

America’s freedom comes at a price of ignorance, and too many citizens are willing to pay it.