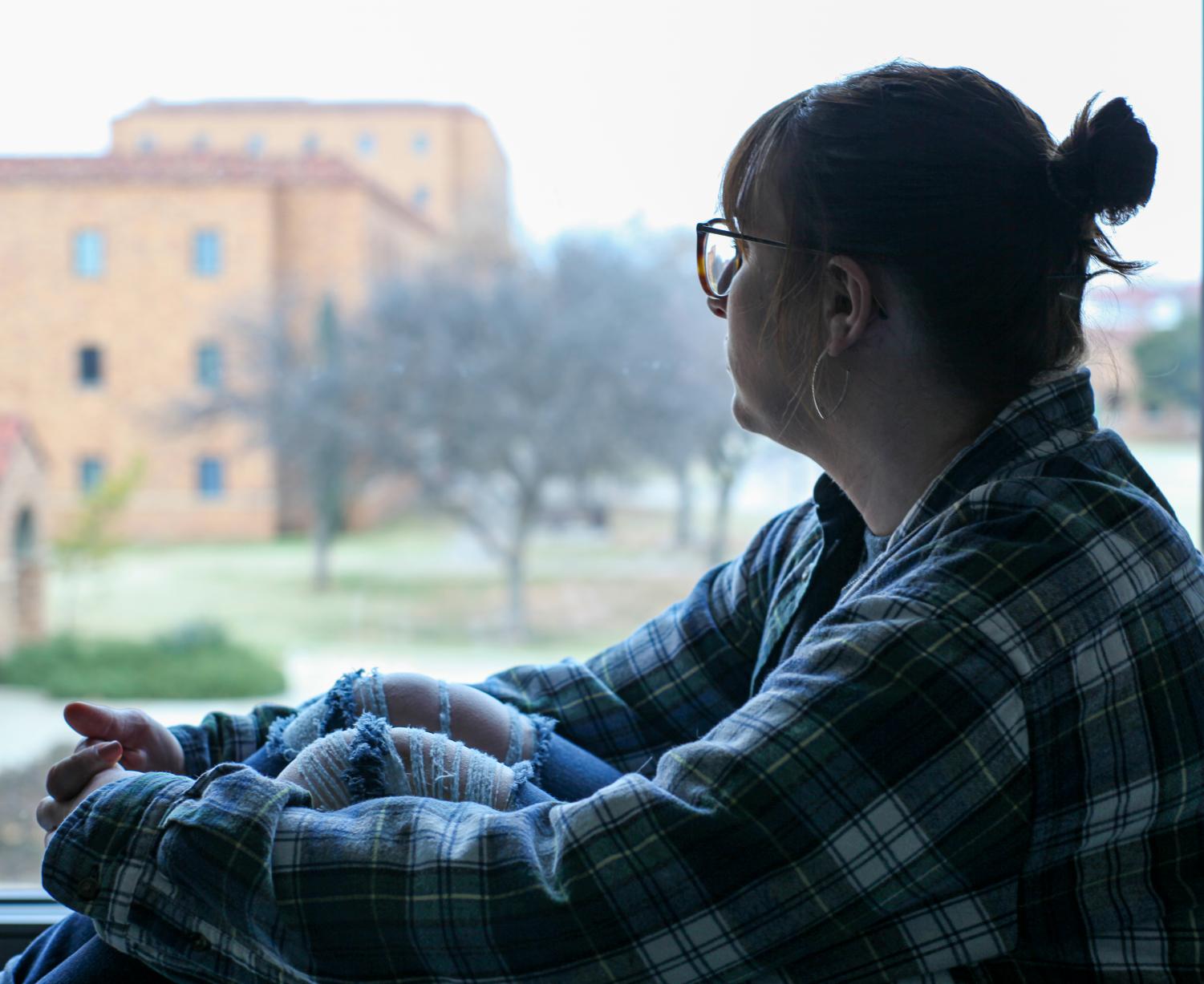 In a Harvard Medical School study, one-fifth of all students surveyed in the study had thought about suicide, with 9% reporting having attempted suicide and nearly 20% reporting self-injury, Feb. 11. (Bridget Reilly)

In a Harvard Medical School study, one-fifth of all students surveyed in the study had thought about suicide, with 9% reporting having attempted suicide and nearly 20% reporting self-injury, Feb. 11.

Before, During and After: How You Can Help Prevent Suicide

Suicide places second in the most common causes of death among traditional college students. Male, female, straight, gay, black, or white, suicidal thoughts and tendencies do not discriminate and look different from person to person. As one of the leading causes of death in young people, suicide prevention training has become increasingly prevalent within the last decade.

“I think that we need to create a culture where we consider that every student may be at risk for suicide, and we don’t take for granted that everyone is okay just because they look okay,” Zachary Zoet M.A., LPC, counseling center assistant director, said.

According to Zoet, students going from high school to beginning their college careers are more susceptible to suicide. According to Illinois Public Health, traditional college aged students are more likely to attempt suicide due to life stressors.

“I think if we’re just answering the question at face value I would have to say that the students most at risk for suicide are those who are already struggling with depression or have a history of prior suicide attempts,” Zoet said. “We also need to consider that traditional college students – those that are entering university at age 18, 19 and continuing into their early 20s – are the age range that is most at risk of taking their own life.”

When an individual is considering suicide, oftentimes they will either provide indirect or direct clues pointing towards their decision. Indirect clues include posting sad pictures or talking about being stressed to the point where they do not care if they are dead. As for direct clues, these signs are straightforward and the person clearly states they want to kill themselves. Observing these warning signs and offering help could potentially save their life.

“Most people will communicate their intent through verbal, non-verbal, or behavioral cues.  These red flags are important to ask the person about, even if you aren’t sure if they are seriously contemplating suicide, it is important to question the person and make sure,” Kylie Kerr, M.A., LPC associate and counselor, said.

According to Zoet, the best response to someone who is experiencing suicidal thoughts depends on the individual, whether they are a friend or a professor, approaches are not one size fits all.

“I would say that the most important thing to do is approach the person from a place of non-judgment, make sure you have time to listen to them, allow them to answer questions in a way that’s honest for them without you setting limits on what they can say, make sure you’re somewhere private and comfortable and hold that space with them in support. The active ingredient that can turn that page is often hope, and listening can be the power tool to help re-instill that hope in persons that people do care for them,” Zoet said.

DURING: In the Process

If a person discovers an individual wants to harm themselves, Kerr said one of the best options is insure the person that they are not alone in facing the problem and encourage them to seek help.

“The best way to approach someone who is in this situation is to reach out, establish support and connect the person with resources (ER, police, mental health professional). The most important thing is safety of the person in crisis.  Never leave the person alone and be open about talking to the person about how they are feeling,” Kerr said.

Zoet said the moment an individual is suicidal with the intent to go through with the act, the situation becomes an emergency. He said it may be helpful to have a conversation with the individual to calm them down, but no one should be expected to do the heavy lifting unless qualified. In a situation like this, people should notify the appropriate resource.

“Those resources and responses vary based on the circumstance, but a good rule of thumb is to always know that you can call 911 if you have reason to believe that somebody is in imminent danger or risk of killing themselves,” Zoet said. “On campus this would likely mean involving housing personnel if they’re a residential student, walking them to the counseling center or calling the MSU police. Off campus this would mean calling 911.”

Once someone is on the other side of an attempt or the thoughts of, it is important not to assume they’re ok. What to say after someone has harmed themselves or attempted suicide is not often talked about. A person may think to themselves I want to check in on this person but I’m afraid to, so what do I say? Kerr said even though these questions may be difficult to ask, the most important step is to talk about changing this behavior.

“Contrary to popular belief it is okay and even encouraged to ask the hard questions.  Ask them about their experience and find out how they are feeling now. Be the person who they can feel safe talking about this with and not feel as though they are being judged. The best thing we can do for someone is be a support and a safe place for them to talk about their feelings,” Kerr said.

Talking to someone who attempted suicide may be difficult, but Zoet said not to treat them as if they are grotesque or avoid the individual. He recommends familiarizing yourself with an individual’s warning signs and becoming comfortable with talking about whether someone is contemplating suicide.

“If every one of your friends or loved ones knows unambiguously that you’re a safe person to go to with these concerns or thoughts, then you’re creating a ripple across all of your relationships that’s insulating them from being alone with their struggling. Loneliness or the thought that we’ll be judged or not accepted for having suicidal thoughts is often what deters persons from reaching out when they most need to,” Zoet said. “Let the people in your life know through your actions and words that you’re safe to go to with these thoughts.”