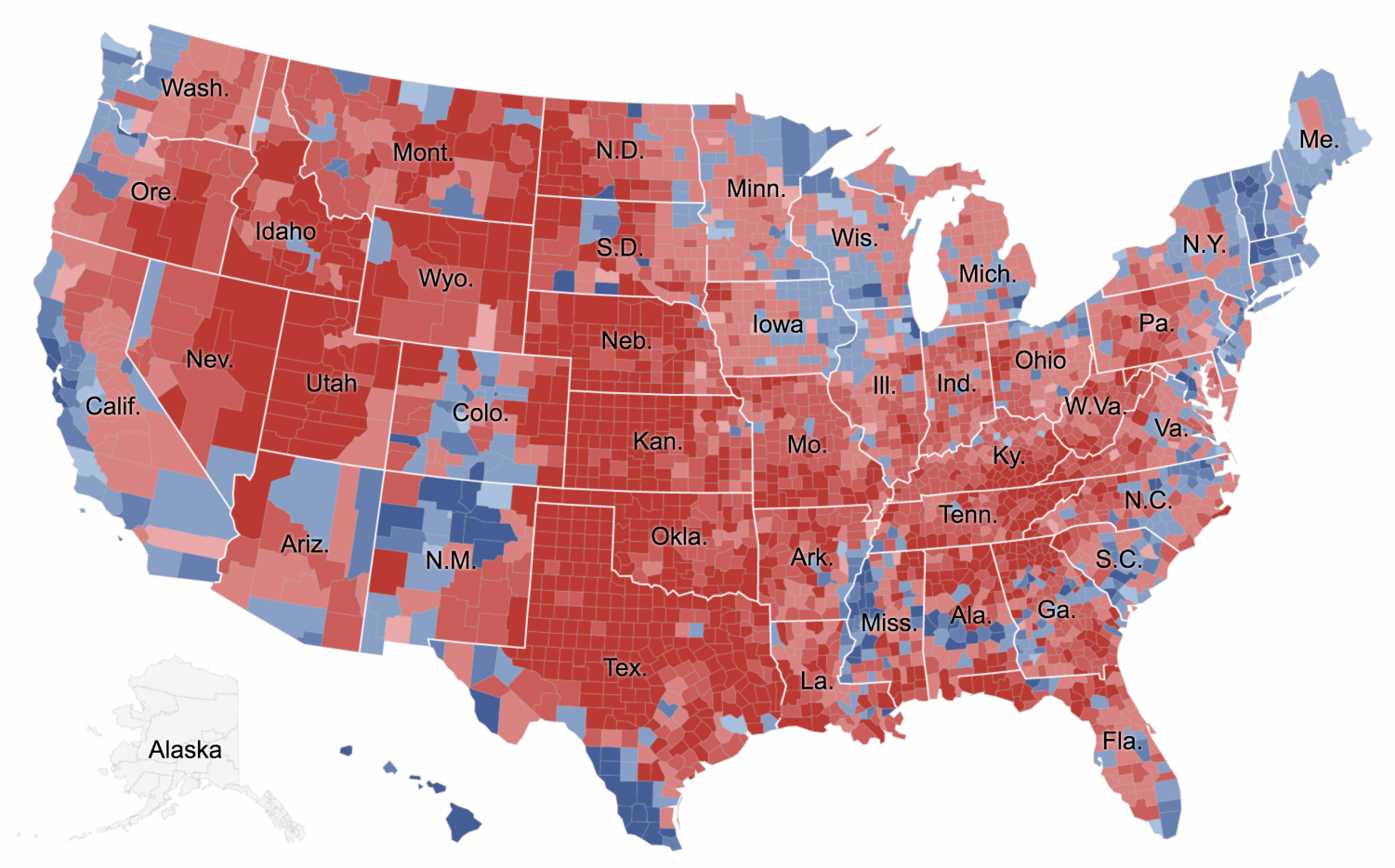 An expected winner, an unexpected outcome (a 2020 presidential election analysis)

Joe Biden, the president-elect, went into the 2020 election sporting larger leads in swing states than Hillary Clinton in 2016. According to Nate Silver, an election analyst, a Trump victory would require an even larger polling error than the one that elected him four years ago. In fact, he compiled a table of swing state margins and subtracted the polling errors from 2016. Just four days before the election, the electoral map from that table predicted every state’s 2020 outcome, except for Florida.  Even with the added polling error, Joe Biden was able to flip many states Trump won in 2016, and those changes largely had to do with high voter turnout, shifting demographics and changing priorities.

Wisconsin, Michigan, and Pennsylvania: Former President Obama won all of these states handily in 2012, yet they all went to Trump in 2016.  If Hillary Clinton had the same number of votes Obama did in these states, she would have won all three.  Additionally, Trump’s 2016 vote count was less than Mitt Romney’s in Wisconsin, and yet Trump pulled ahead of Clinton due to low enthusiasm for both parties.  It’s very probable that the highest voter turnout since 1900 was the deciding factor in Biden winning back the “blue wall”.

Arizona: Arizona has one of the largest senior populations in the country, and they proved decisive for Biden in this election.  According to the New York Times exit polls, seniors voted for Trump by only a few points, representing a huge decline from where they were in 2016. Additionally, Arizona is a much more diverse state than it was in the 90s, and the urbanization of Maricopa county over the years has made this a winnable race for the Democrats.

Georgia: Biden is likely to have won the peach state without winning any of the surrounding swing states of Florida or North Carolina.  According to Politico, the former 2018 gubernatorial candidate Stacey Abrams registered more than 800,000 new voters in the state, which proved to make Georgia bluer than the surrounding Deep South. Not only that, according to an AP election day survey, Georgia was the only state from Dixie to label racial injustice a “serious” issue, which most likely led to more Biden voters.

The Blue Shift: Because some key swing states chose to count mail-in ballots after election day ballots, Republicans appeared to be well-positioned to win the presidency on election night.  However, since Democrats generally chose to vote by mail while Republicans generally didn’t, those leads in swing states evaporated as the days went on.  The exact opposite effect happened in Kansas and Ohio, where they counted mail-in ballots first, then reported election day votes.  As some misinformation memes describe states “finding votes,” the reality is states were simply counting the votes left to report.  While this was a historic election, there is no proof of widespread illegal voting.  According to the FBI director Christopher Wray, voter fraud has virtually no effect on election results.  Americans should take pride in such an advanced electoral system being safe and secure.