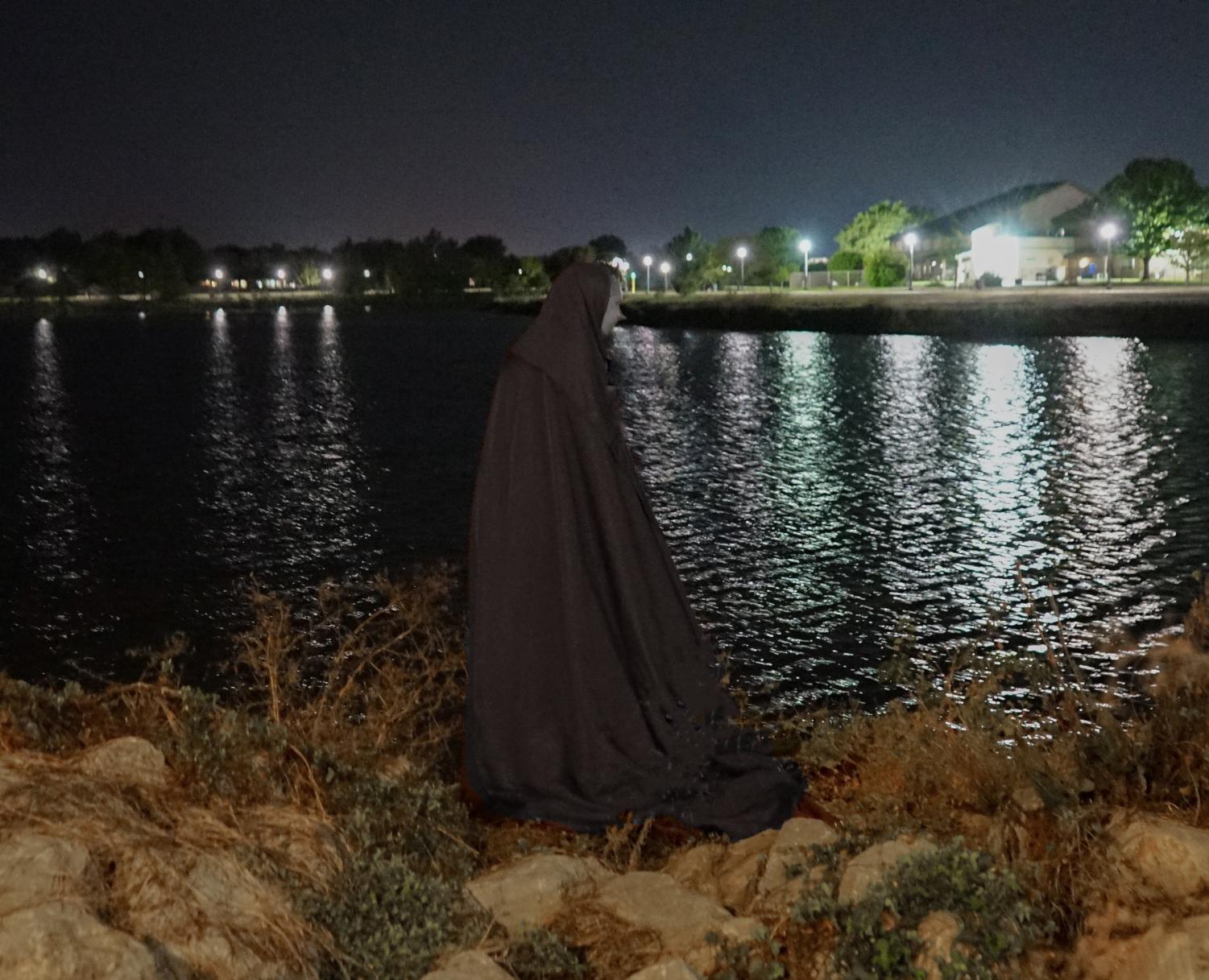 The Gooseman of Sikes Lake hunts his next victim, Oct. 14. (Blurr E. Foto)

The Gooseman of Sikes Lake hunts his next victim, Oct. 14.

Satire: The Gooseman of Sikes Lake

As the days of October dwindle, the students of MSU have turned their attention to Halloween. Unbeknownst to many of the young Mustangs preparing for spooky season, a true terror lies at the bottom of the duck-infested waters of Sikes Lake: the Gooseman of Sikes Lake.

We asked Mary Jane Marley, horticulture senior, who reported seeing the creature on a walk at 3 a.m., to describe what she saw.

“I was just walking along you know, not smoking weed, and I saw this dude hunkered over by the lake. He seemed pretty chill, so I went to vibe with him. Soon as I got close, he turned around and showed this long black neck and beak, and he had those beady black eyes geese have that make you think they’re staring into your soul. I started running away and he started chasing me, flapping these big ass wings and honking at me the whole time,” Marley said.

While Marley was able to escape with her life, other, smaller species haven’t been so fortunate. Since October began, the fish population of MSU’s oversized pond has dwindled. The results have been catastrophic: the ecosystem has been thrown out of loop, the ducks and other geese have left for fishier waters and cars parked by the Wellness Center have been showered in plus-sized goose droppings.

“It’s horrible. I park my car to go pretend to work out for thirty minutes, and by the time I get  back my car is so covered in goose poop that I can’t even open my door,” Sammy Mann, marine biology sophomore, said, before quickly adding, “Oh yeah, the fish dying sucks too.”

In order to get a better understanding of the creature’s origins, we spoke with eighth generation Wichita Falls resident, Old Man Jenkins. He said the monster used to be a Midwestern State resident who just so happened to be in the wrong place at the wrong time.

“The legends say that on October 30, 2006 the geese of Midwestern State were so enraged at the school choosing to be called the Mustangs instead of the Fighting Geese that they decided to put a curse on then-President Jesse Rogers. However, the darn spell misfired and hit an unsuspecting freshman, dooming him to a life of being half-man half-goose,” Jenkins said. “Of course geese can cast spells! Why are you laughing?”

At the urging of students and faculty alike, President Suzanne Shipley hired  famed exorcist and paranormal investigator Ho. E. Sheet to drive the beast away, using student tuition dollars of course. However, Sheet’s multiple attempts to cast out the Gooseman proved unsuccessful.

“At first, I just tried talking to it, but the thing kept squawking at me and biting at my ankles. That thing is like seven feet tall and I’m 5’8; I don’t even understand why it would go after my ankles,” Sheet said. “I’ve taken on ghosts, werewolves, vampires and banshees, but that thing is by far the scariest creature I’ve ever seen. No amount of money is worth taking on that.”

While the majority of students have begun living in fear, a few students have welcomed the Gooseman with open arms. A small cult known as the Flock has popped up in Clark Student Center has begun worshiping the feathered fiend and offering him ritual sacrifice of their Chicfila fries.

“I figure if we keep him around long enough, they’ll have to cancel midterms, right?” Jimmy Jones, Flock leader and religous studies junior, said.