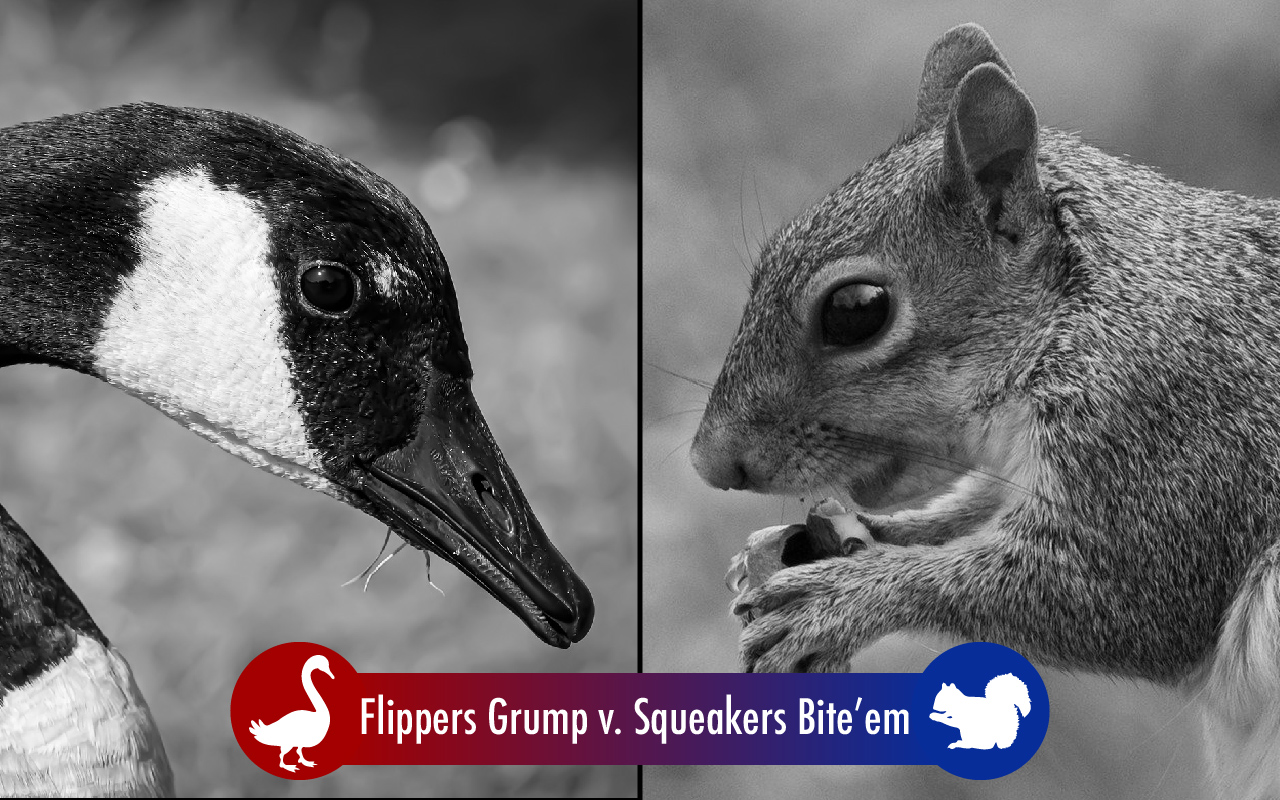 Coverage of the MSU animal debates

Sikes Lake on Monday, Oct. 13 at 7 p.m. saw a fierce presidential debate that featured squawking, constant interruption and absolute chaos between two figures deemed by political experts to be “unfit to run a country.” Surprisingly, this debate wasn’t between President Trump and Joe Biden. The aforementioned debate is of course referring to the highly anticipated 2020 MSU Texas animal presidential debate, one of three debates to decide who rules over the fauna at Midwestern State.

Incumbent president and former director of the attacks on humans department for the Goose Party, Flippers Grump, took on longtime Squirrel Party member, Squeakers Bite’em in what was described by debate analysts as “complete and utter nonsense.”

Grump has been criticized for his response to the COVID-19 virus, or the “human virus” as Grump calls it. While the pandemic hasn’t resulted in any casualties for the university animals, fewer gatherings of humans has meant fewer easy meals for the animals. Some say the Grump administration’s policy of attacking any human that does attempt to feed them has only worsened this problem.

Bite’em offered a very different response, airing on the side of caution, while addressing the controversial actions of fellow party member Dandy Squirellosi, who was spotted stealing fries from humans outside a McDonalds without a mask.

“We need to get all our fellow animals to avoid humans at all costs and wear teeny tiny masks to prevent spreading the virus anymore. It may be an inconvenience now, but it will mean more food for all of us in the long run,” Bite’em said, before quickly adding, “Except the Squirrel Party members of course; we don’t have to since we have more acorns than everybody else.”

As debates in America tend to do, the argument quickly become a slew of insults against each candidates personal character. Grump began the jabs by directly accusing his opponent of being too distracted and senile to be president.

“This is preposterous- tree! I have never – acorn!- gotten distracted -grass!- in my life- dog!” Bite’em declared, before pausing and adding, “Wait, what was I saying?”

On the opposite end of the patch of grass where the debate was held, Grump faced accusations of being speciesest, with Bite’em pointing out his plans to build a big fence around the campus to keep the other animals out.

“I am not a speciesest; in fact, I’m the least speciesest person I know. Ask anyone!” Grump said. “I just don’t trust humans, reptiles, amphibians, most animals with fur and the vast majority of birds that aren’t geese.”

Despite being the only two candidates invited to the big debate, Grump and Bite’em are not the only two animals vying for head of animal kingdom. William B. Gills, of the independent Piscatory Party, and Quack McFlippers of the Duck Anarchy Party staged their own debate on the other side of the lake, moderated by a nonpartisan amphibian moderator who will remain nameless.

Gills planned to speak on human littering but choked on a facemask and was carried underwater to the nearest fish hospital, where his condition remains shaky. McFlippers ranted for thirty minutes about everything they hated before being asked by the moderator what it was they stood for. McFlippers responded to the question by immediately eating the moderator.

“Both debates were hectic, and yet they somehow managed to both be more civil than the human debates,” Jenny Waddles, esteemed goose political commentator, said.