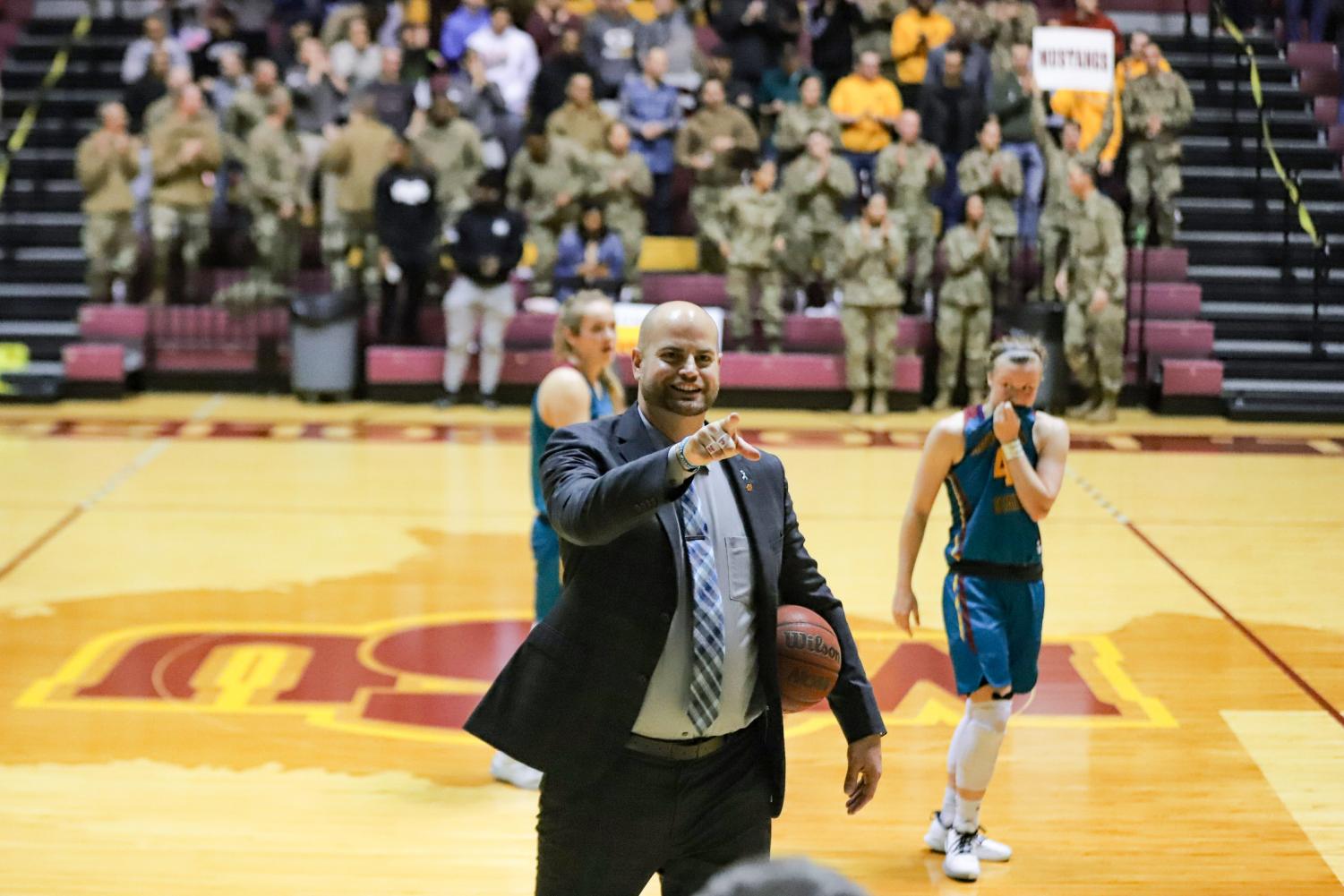 Athletic Director Kyle Williams announced Christopher Reay as the new head coach of women’s basketball, succeeding Noel Johnson, on June 22. Reay is the 11th coach to take on this position and will be leading the Mustangs into the 2020-2021 season.

“I am extremely honored to be given this opportunity,” Reay said. “And I’m thankful for coach [Johnson] teaching me all that she has.”

Reay has a strong history with MSU and an even stronger history with basketball. Reay grew up in Dallas, however, he spent some of his childhood in his second native country, New Zealand. There, he played rugby and various other sports. At age 9, Reay was preparing to move back to the US, but before he left, Reay’s rugby friends invited him to play basketball, where he discovered his love of the sport.

“When I came back to the states…my mom found me a team, and I kept playing since then,” Reay said.

“It was one of the best decisions I ever made; coming to Midwestern,” Reay said.

After a medical redshirt season, Reay played two years under Ray’s leadership, racking up feats and awards quickly. In his junior year, Reay averaged 6.9 points and 5.9 rebounds per game and scored 10 or more points in 10 different games. His senior year, he beat his own records, raising his average to 7 points and 6.1 rebounds per game. During all this, he was named to the Lone Star Conference All-Academic Team both years and was president of the school’s Student-Athlete Advisory Committee. These accomplishments and more resulted in Reay becoming the first to receive the Marie Morgan Award.

“[The award] wasn’t even something I was expecting when we had the banquet at the end of the year,” Reay said. “I was definitely honored for the recognition.”

Reay finished his master’s degree in curriculum and instruction at MSU and, shortly after, earned a spot in the New Zealand National Basketball League, playing for 3 seasons with the CPS Nelson Giants and McDonalds Manawatu Jets. Afterward, he traveled back to his alma mater in Wichita Falls to work under Noel Johnson as assistant head coach of the women’s basketball team. Johnson and Reay led the team for 10 years, with a notable Lone Star Conference postseason tournament win in the 2012-13 season.

“Coach J was the best,” Reay said. “I know I’m a bit biased, but I met a lot of coaches around the league, and I’m not the only one to echo that sentiment, so I know that it was special working for her.”

At the last 10 games of the 2019-2020 season, Reay took on the interim head coaching position so Johnson could focus on fighting ovarian cancer. Reay led the Mustangs to the Lone Star Conference postseason tournament and is looking forward to having the chance to lead them again.

“I’m looking forward to watching the girls I coach succeed,” Reay said. “Not just on the court… [I want to] see them succeed in life.”

On the court, Reay is tweaking what his team needs to focus on.

“We gotta get to work and get grinding on defense: one area I felt we need to improve to get to the top of the league.”

With the uncertainty of 2020 and the potential of the pandemic interfering with the basketball season, Reay is accepting of any possibility.

“[Many of] the decisions being made [on these situations] will be out of our control,” Reay said. “We’ll just have to be ready for anything and roll with it as it comes.

Dates for the 2020-21 basketball season have not been released as of June 25. For the up-to-date schedule, visit https://msumustangs.com/sports/womens-basketball/schedule at a later date.