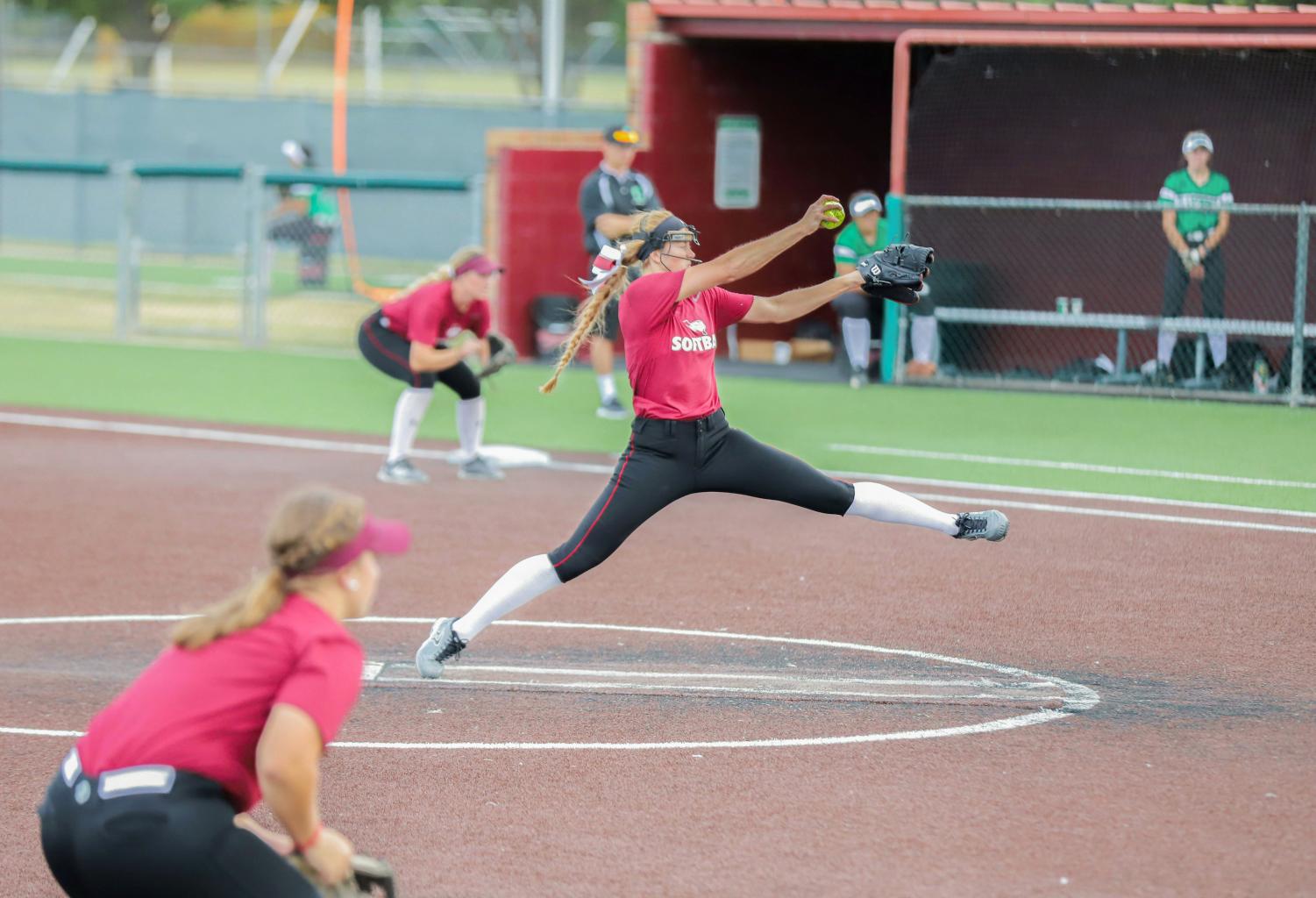 At four-years-old, Jacey Henry (No. 22), elementary education junior, gleamed at two-time Softball Pitcher Olympian Cat Osterman, dreaming of how she could one day play like her.

“My parents would take me to watch the College World Series and USA Olympic team every year in Oklahoma City which is where I saw Cat Osterman pitch and she was who I looked up to and became my inspiration to be like her,” Henry said.

Through Henry’s young eyes, she looked at Osterman as the coolest, especially after getting a high-five from her.

“When I first watched her I remember her striking out so many girls and being young, I thought that was so cool. She also gave me a high-five and I won a signed poster by her which won me over as a little girl,” Henry said.

The love for the game was always there, so deciding to play collegiate softball was not a hard decision.

“Falling in love with the game I wanted to continue to play so all through travel ball and the lessons that were the goal to play collegiate softball. It also allows me to go to college and get a degree while doing something I enjoy,” Henry said.

For Henry’s first year wearing the Mustang jersey, she said it’s the best year in college.

“This is my first year at MSU and it has been the best year out of the three years being in college. The coaches treat us with respect and are always willing to help. I also really like how the girls want to work hard and any time I go to the field, there’s someone out there working on their own time,” Henry said.

Henry plays for more than herself, but also her 10-year-old brother, Clint Henry.

“When school and ball get busy, I think to myself ‘just keep going’ and I also want to be someone my 10-year-old brother looks up to so that motivates me to be a good role model for him,” Henry said.

With her little brother in mind, she also encourages younger players to slow down and enjoy the sport and only control what you can.

“I would tell them to slow down and enjoy it. Don’t get so caught up on always trying to win and be perfect and put all of the pressure on yourself. Only control what you can,” Henry said.

Henry plans on obtaining her master’s degree in speech pathology and utilizing it in a children’s hospital.