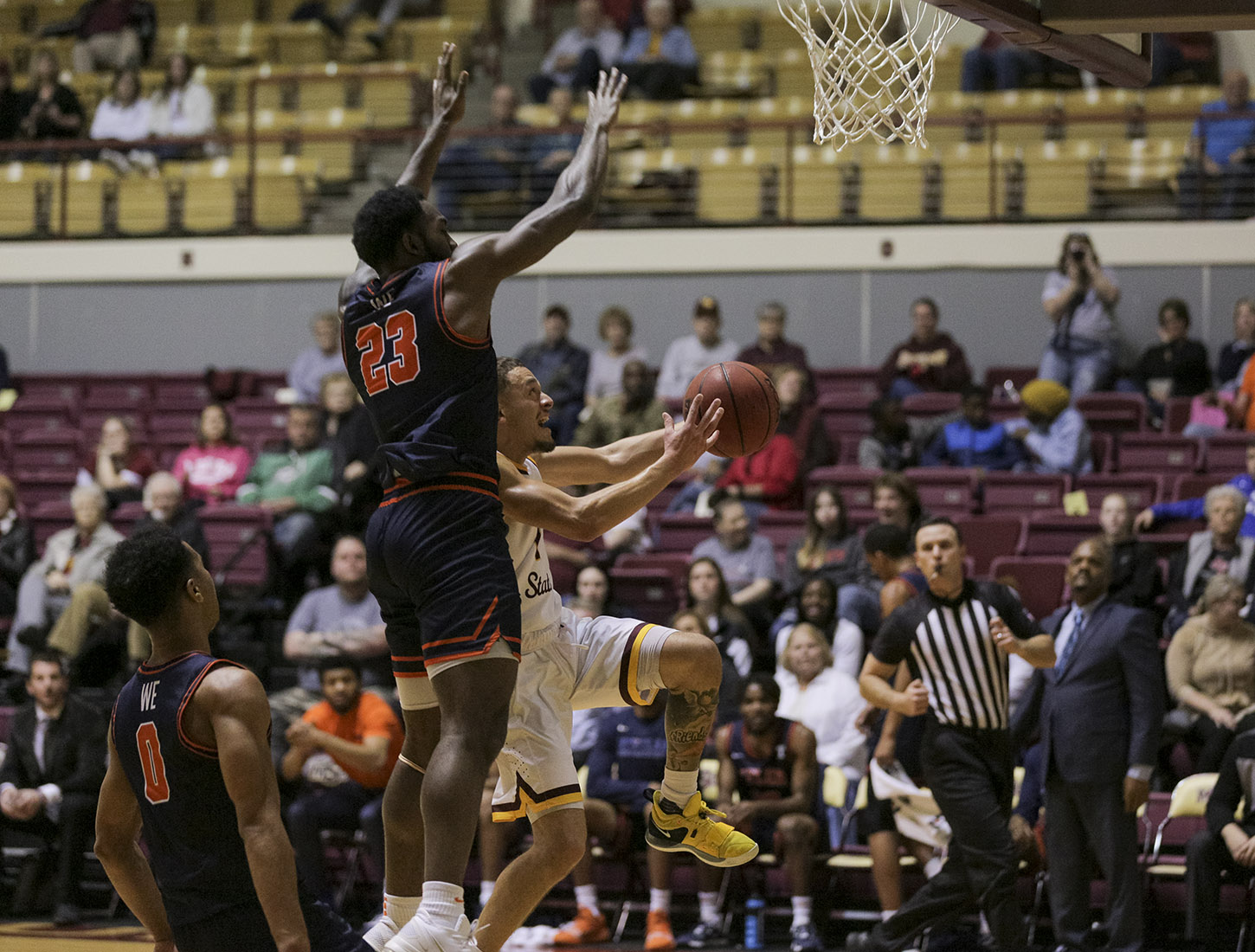 Men’s basketball faced its second and last test of the season against UT Tyler on Saturday, Feb. 15 at the DL Ligon Coliseum for Military Appreciation Day.

UT Tyler looked to avenge its loss and put a dagger into the hearts of the enemy, as MSU came away with the 59-44 victory on Jan. 2 at UT Tyler. The Mustangs looked to set the tone for its upcoming battles in the future.

Elijah Lee (No. 1), guard and mass communication senior, continued to dish the ball out well, finishing with five assists. Lee has had at least five assists in eight of his last 10 games.

“When guys don’t touch the ball on the offensive end, it affects their energy on the defensive end,” Lee said. “I’m an unselfish guy by nature. I get some type of satisfaction out of getting assists.”

D’monta Harris (No. 13), guard and applied arts & sciences senior, set the Mustangs off, running with an easy layup early in the game and he kept that momentum the whole game. When momentum turned in UT Tyler’s favor, Harris curbed it with a 3-pointer. Harris scored 16 points to lead his team in scoring, and he has now scored at least 14  points in the last eight games.

UT Tyler held a marginal lead over the Mustangs for a large part of the second half, but a Harris 3-pointer and a Patriots turnover gave MSU the opportunity to shorten the lead. In the possession after the turnover, Derrick Herrick (No. 10), guard and kinesiology freshman, hit a key three to shorten the Patriot’s lead by one. Lee then hit a jumper to pull the Mustangs ahead, and he hit a dagger three to lengthen the lead to four and ultimately win 68-65.

“We went out there and guarded their man. We had to do a better job at penetrating the ball. Ultimately getting those stops led us to score more points in the other direction,” Justin Leslie, head men’s basketball coach, said.