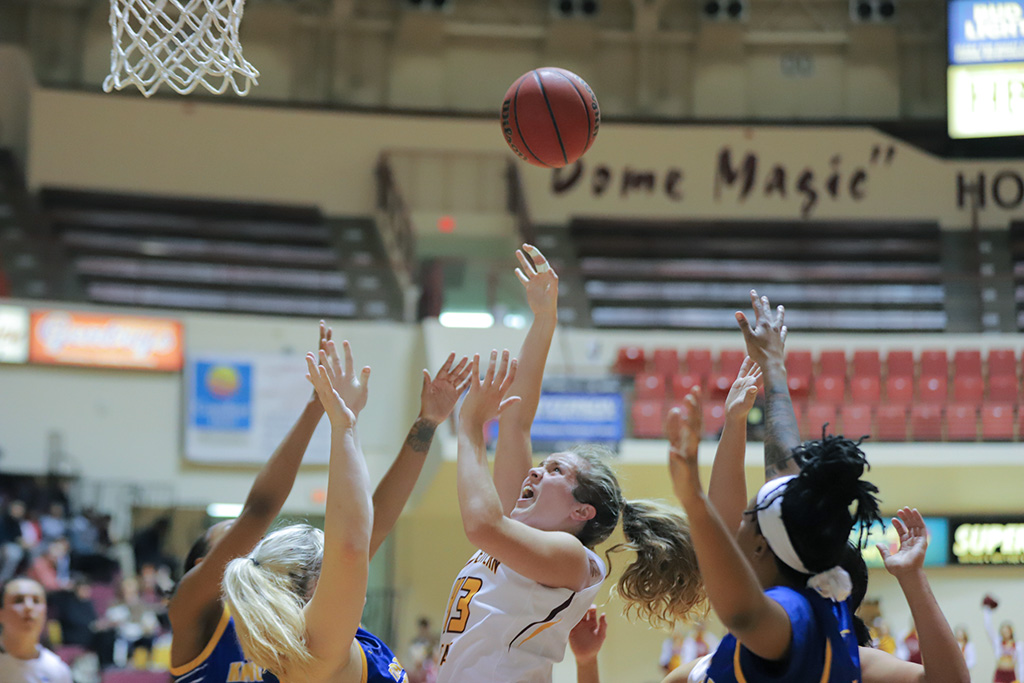 It was a disappointing night in the Dome, with both women and men’s basketball losing to Texas A&M Kingsville Thursday, Jan. 30.

The women’s team started the night off strong, ending the first quarter ahead by five. Elizabeth Cathcart (No. 43), forward and marketing senior, led the team in points once again with 10. Mica Schneider (No. 4), guard and finance senior, added to her season assist total with the team-high of eight. However, the Mustangs could not defeat the Javelinas, losing 54-50.

The men followed behind hoping to put a halt to the Javelinas’s winning streak. D’monta Harris (No. 13), guard and undecided senior, led the Mustangs with 22 points. Jalin Brown (No. 4), forward and marketing sophomore, tried to keep the Mustangs close with 10 points and seven rebounds. However, the effort fell short as the Javelinas rolled on to a 77-66 win.

Both teams will return to the Dome this Saturday for another doubleheader against Texas A&M International. The women’s team will start the day off at 2 p.m. and the men’s will follow at 4 p.m. Both games will be streamed live on ESPN 3.