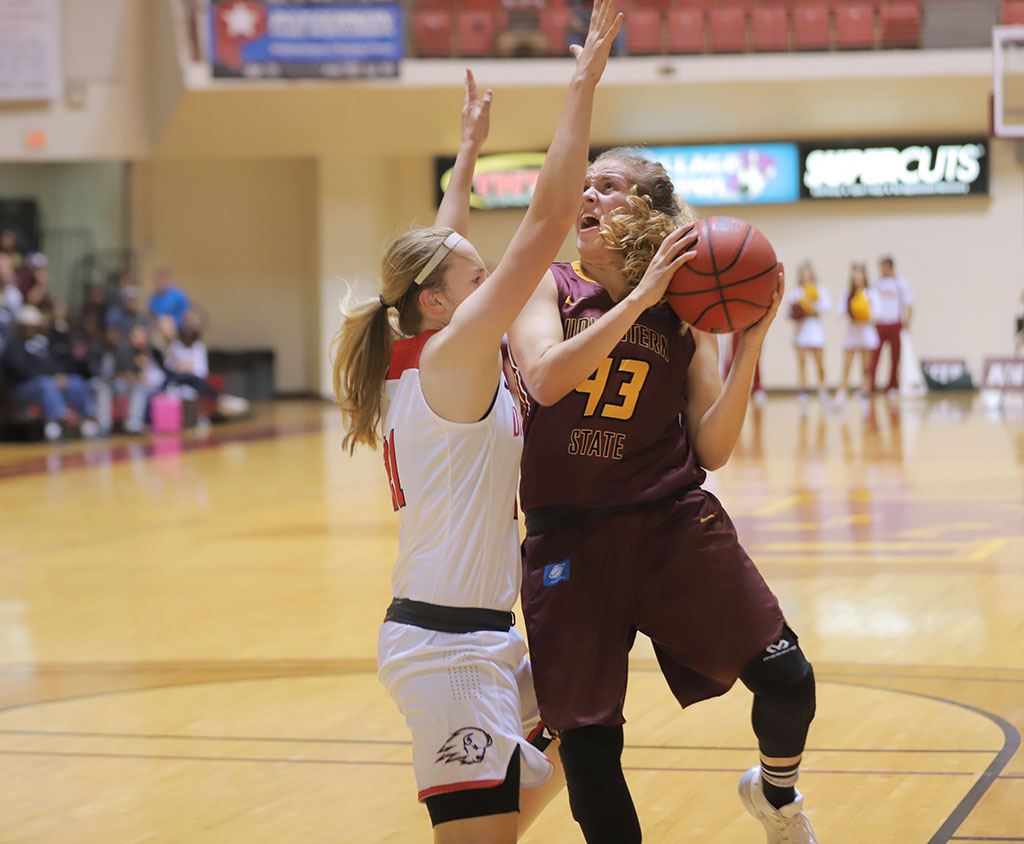 Women’s hoops got its first tally in the win column with a 73-63 win over Dixie State University on the final day of the Ashbrook Classic Saturday, Nov. 9 at 8 p.m.

Hannah Reynolds (No. 11), forward and health science junior, controlled the paint with her signature hook shot and post-moves en route to 22 points on 56% shooting from the field. She led the ‘Stangs on the defensive side of the ball as well, tallying eight rebounds, three blocks, and three steals while only fouling twice.

“Her defense was very good,” Noel Johnson, head women’s basketball coach, said. “She guarded with her feet. When she moves her feet around, she doesn’t have to use her hands. That’s where most of the fouls come from.”

The team followed up their 72-point outing Friday night with another 70+ points outing on Saturday. The team had three players score 15+ points. Reynolds scored 22 points, Elizabeth Cathcart (No. 43), forward and marketing senior, scored 16 points, and Mica Schneider (No. 4), guard and business finance senior, scored 18. All but eight of the team’s 25 field goals came off assists.

“[We moved] the ball as a team and everybody executed in their role,” Reynolds said.

Ligon Colosseum hosted the Ashbrook Classic for the ninth straight season. The team recorded a win and a loss in this year’s tournament, changing the school’s all-time Ashbrook record to 11-7. Reynolds and Schneider were both named to the all-tournament team with scoring averages of 19.5 and 14 respectively. With a long season still ahead of them, Reynolds sees plenty of room for growth.

“[We still need to work on] staying unified on offense. We have to stay consistent,” Reynolds said.

The women’s basketball team looks to continue their winning streak at home Saturday, Nov. 16 at 5 p.m. against Texas Wesleyan University. 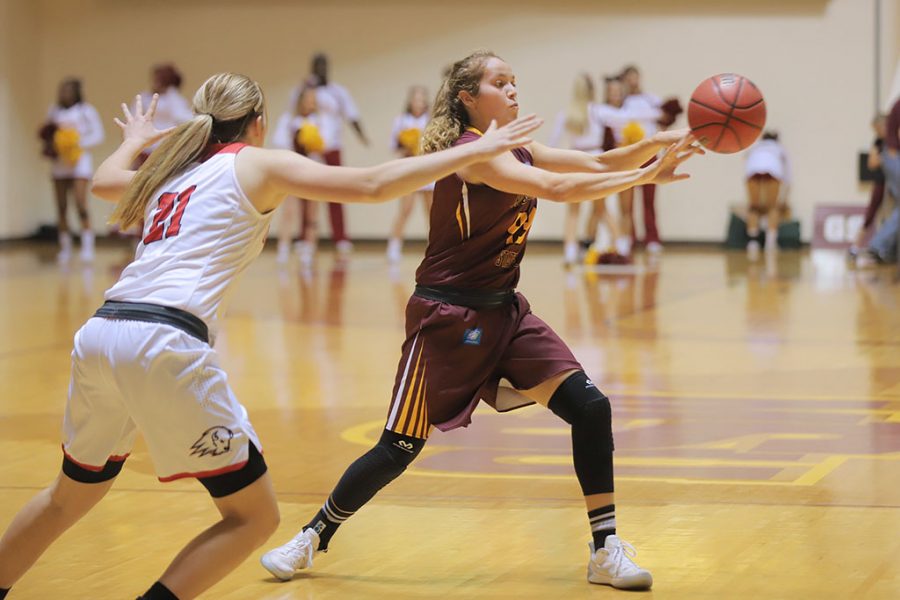