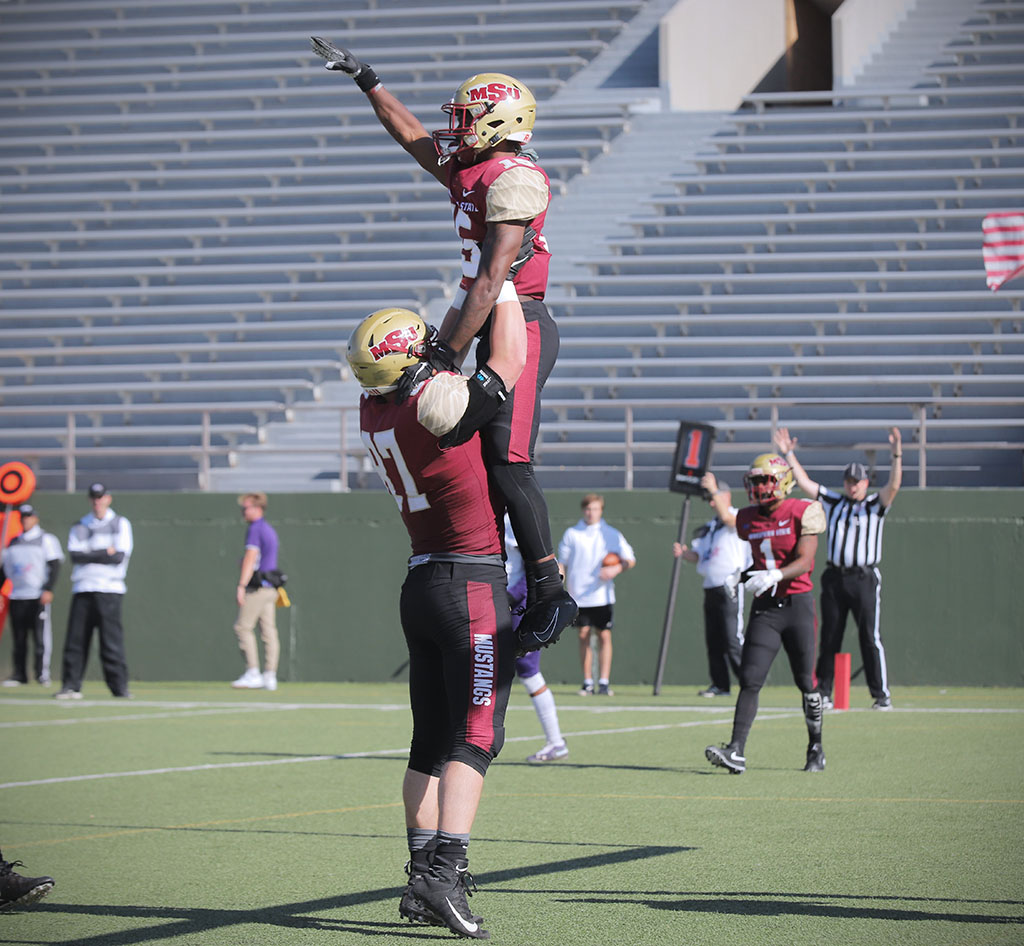 Kinesiology junior and tight end Matt Jones lifts up sports and leisure sophomore and running back Lazarus Fisher after after scoring a touchdown against Western New Mexico. Nov. 9. Photo by Bridget Reilly

Football comes back to beat WNMU

The football team celebrated both the seniors and the armed forces with a 28-13 home win over Western New Mexico University Saturday, Nov. 9 at 1 p.m.

After falling behind 10-7 with eight minutes left in the first half, Triston Williams (No. 19), quarterback and agricultural business sophomore, found Kylan Harrison (No. 17), wide receiver and criminal justice sophomore, for a 51-yard touchdown to give the maroon and gold their first lead. The two second half scoring plays came courtesy of a Michael Berry (No. 44), tight end and business marketing junior, 76-yard receiving touchdown and a Quinton Childs (No. 21), running back and criminal justice senior, nine-yard rushing touchdown.

“Any day you come out with a ‘W’ is a good day,” Austan Davis (No 57), offensive lineman and sports and leisure studies senior, said.

Before the game started, the team and fans honored the 16 senior ‘Stangs, including the late Robert Grays who would have been a senior this year. Grays lost his life two years ago due to an injury he sustained on the field. Several seniors starred for the home team, including Childs, who ran for 2 yards and a touchdown, and Marcus Wilkerson (No. 11), defensive back and business finance senior, who led the team in solo tackles with seven solo tackles and nine total.

“We’re gonna miss them. That was a special group,” Mathew Roach (No. 32), defensive lineman and management sophomore, said.

The university also honored the nations armed forces on the day with their 18th Annual Military Appreciation Game. All active members and veterans of the military were admitted into the stadium free, as long as they had proper validation.

“I think it’s a really good thing,” Davis said. “They always get everyone in the crowd riled up.”

The Maroon and Gold finish off their season against West Texas A&M University Saturday, Nov. 16 at 2 p.m. in Canyon, Texas. 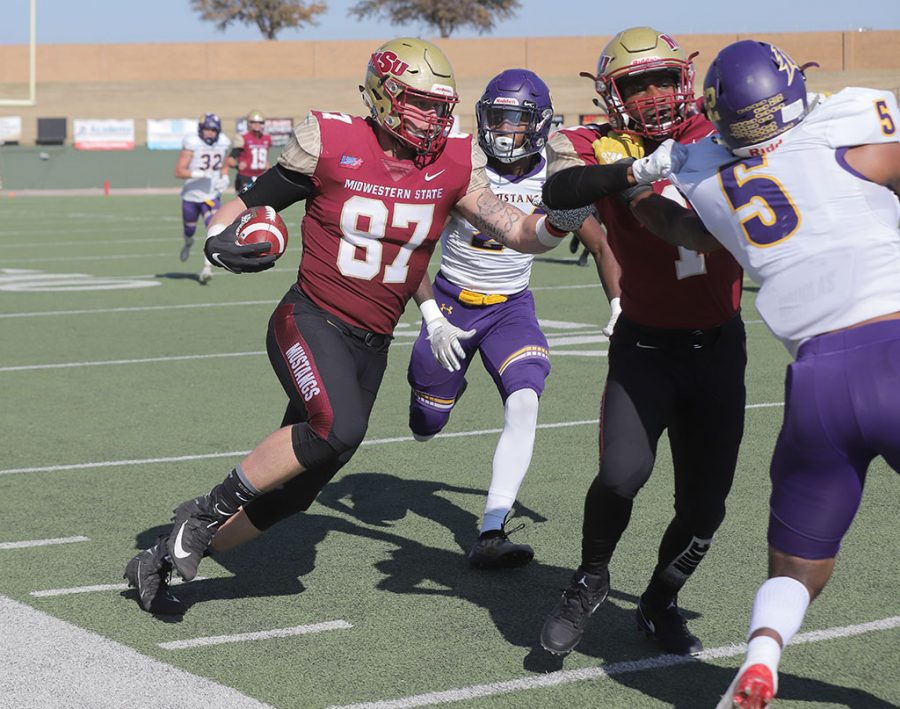 Football comes back to beat WNMU