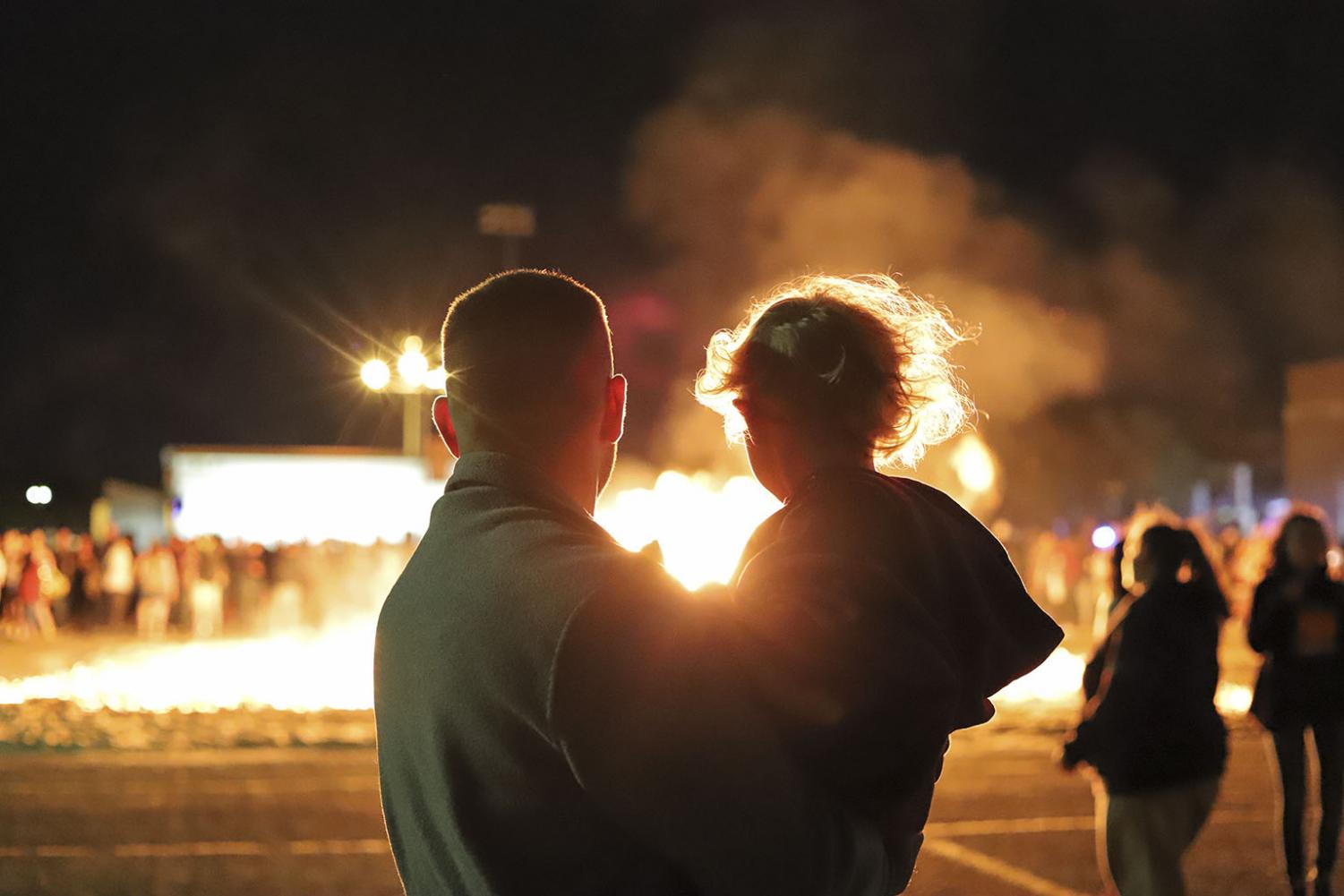 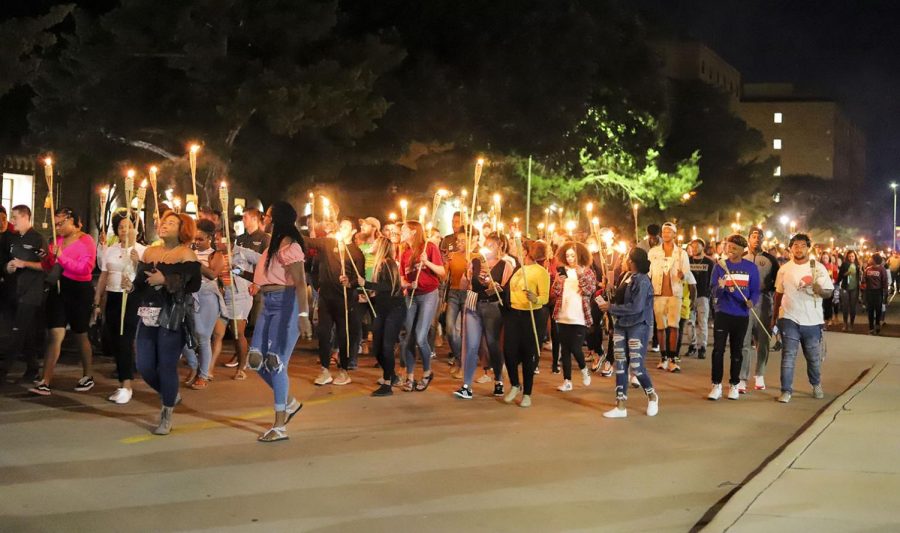 According to Ruby Garrett, student activities coordinator, the Bonfire began in the 1940s as a separate event from the Torchlight Parade that began in 1989. The Torchlight Parade was originally started when football was brought back to the university and in 1992 the two separate traditions combined to make one large homecoming event.

Although these events used to be seperate the coordinators have slowly been combining them. This year the Torchlight Parade, Lip Sync semi-finals, pep-rally and Bonfire were all combined to make a bigger, better, event.

“Recently we started to combined things together because we can make them a little bit bigger,” Garrett said. “A couple of years ago the Torchlight Parade and Bonfire would be on Thursday and we moved it to Friday so alumni can come and watch the Bonfire.”

Garrett continued by saying that they always have a great turnout of current students and alumni who come to participate.

“Students say ‘that’s honestly one of my favorite events because it’s kind of like a community together,'” Garrett said.

Hope Holguin, pre-nursing sophomore| “I’m not sure what to think because it’s my first time participating. I’m excited to see who messes up.”

Blake Hernandez, math senior| “I think it’s a lot of fun. We bring the family out here each year and it’s just a lot of fun. How many other times do you get to set something on fire? We just forget to bring marshmallows every year.”

Alondra De Leon, sociology junior| “I just think it’s cool and it’s fun. It’s nice seeing everybody together because we don’t really see this many students together unless it’s a game.”

One Response to “Torchlight Parade and Bonfire tradition continues”