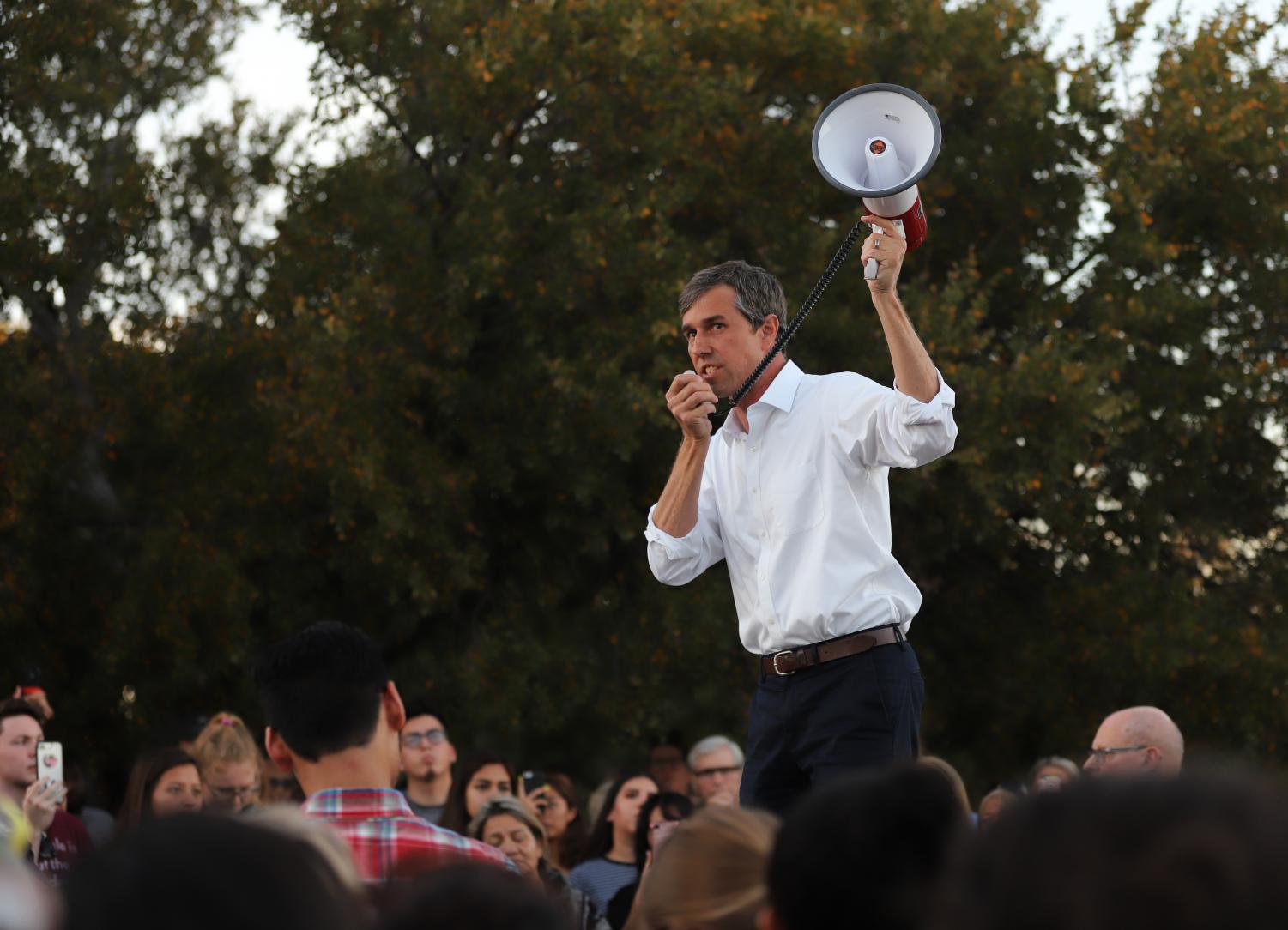 With only one week left until the election, senate candidates solicit votes

About 350 people, including about 100 students, attended a rally at Kiwanis Park in Wichita Falls Oct. 29 for Beto O’Rourke, democratic candidate for U.S. Senate in Texas.

O’Rourke travelled to cities like Wichita Falls because he did not want any cities left out. O’Rourke also said he experienced that growing up in El Paso.

“Coming from El Paso, Texas, and not a city that’s not easy to get to, I feel very often we were written off or taken for granted. People didn’t show up to where I’m from to listen to us on issues that we knew best. I’m not gonna make that mistake in this campaign, that’s why I’m going everywhere,” O’Rourke said. “I’m going to Wichita Falls but I’m also going to Henrietta, I was in Amarillo earlier today we’ve been to Plainview, Lubbock, and Pampa, Dalhart and Booker. We’re going everywhere to be there for everyone regardless of party affiliation or any other difference all of us need to come together for this country.”

O’Rourke also has plans to address student issues such as the student loan debt crisis, saying high education needs to be affordable for people who cannot put the resources together to make college affordable, and for students who are also raising children.

“When we invest in young people being able to better themselves, not only are they gonna be better for it but all of us are going to gain from the contributions they make. That’s why I’d like us to refinance existing student loans debt at lower interest rates,” O’Rourke said. “And that’s why I’d like anyone who wants to attend community college or a four year university does not take on debt for the first two years of their education.”

O’Rourke also has plans for those who move back to places like Wichita Falls and hometown El Paso.

“I would like to see people who move back to Wichita Falls, back to El Paso in in demand, underserved professions that we either finance their education or wipe clean their debts so they can get back to contributing to the city that raised them in the first place ,” O’Rourke said.

Dorian Harbin, special education sophomore, who has already participated in early voting, said the main reason she is voting for Beto is because he cares for teachers.

“My main thing is that he cares for teachers: he doesn’t want teachers to get a second or third job anymore [to financially support themselves].  I also just appreciate again how much he really cares and wants to be senate for the state of Texas,” Harbin said.

Harbin also mentioned how O’Rouke’s candidacy has made college students get more politically involved, including herself.

“It [Beto’s candidacy] does [make me want to get more involved politically] and makes me want to look into it more. I just want to be involved in more and learn if this is what this person is going for. Like, what is going to make him win and what’s going to make him lose. Then I can start to decipher based on what I like, who would be the best choice given our political circumstance to actually vote into office who can give me some of the things I want,” Alsup said.

Taylor Lindsay, marketing senior | “There is a variety of issues as to why I support Beto. My main thing is equality for all people which includes LGBTQ. His stance on education and how he wants to have the teachers to be paid more is why I sway towards Beto.”

Katie Jones, English junior | “On all the main issues, I don’t agree with Cruz and I do agree with Beto. I like the way Beto supports the minorities and the children in the education system which pans my future since I am going to be a teacher. I screamed for two minutes whenever I found out that Beto is coming to town. My expectation is to picture an angel when I see Beto and I don’t think I will be disappointed.”

April Peña, kinesiology senior | “I like his viewpoints on education. Just the overall upholding for the people as opposed to the older generation. I have seen Beto on TV and this is my first time seeing him in person. I am ready to be informed about what other issues and plans he wants to discuss. I really hope this is the first step to make better votes in America, for better people.”

Joey McGinn, theater senior | “I appreciate Beto’s populist message. His bringing together of Texans, not red or blue America is what makes me support Beto. Education and healthcare specifically is why I support Beto. Healthcare for all is a human right. Easing up punishment on non-violent drug offenders is a big issue for me. The fact that Ted Cruz wants to punishment in order to fund a wall turns me off. The wall in general is a waste of money since we already have a fence. This is my first time seeing Beto O’Rourke and I’m excited. My initial expectation is that he is tired due to driving all week and going everywhere. I seen from his Facebook live, he seems to be full of life and energy which is really impressive. I hope the young vote comes out because that is what it’s going to take to defined the blue wave.”

@BetoORourke is at Kiwanis Park here in Wichita Falls! pic.twitter.com/Rva0Hhjs7z

UPCOMING EVENT: His opponent, Texas Senator Ted Cruz, will be on campus Thursday. 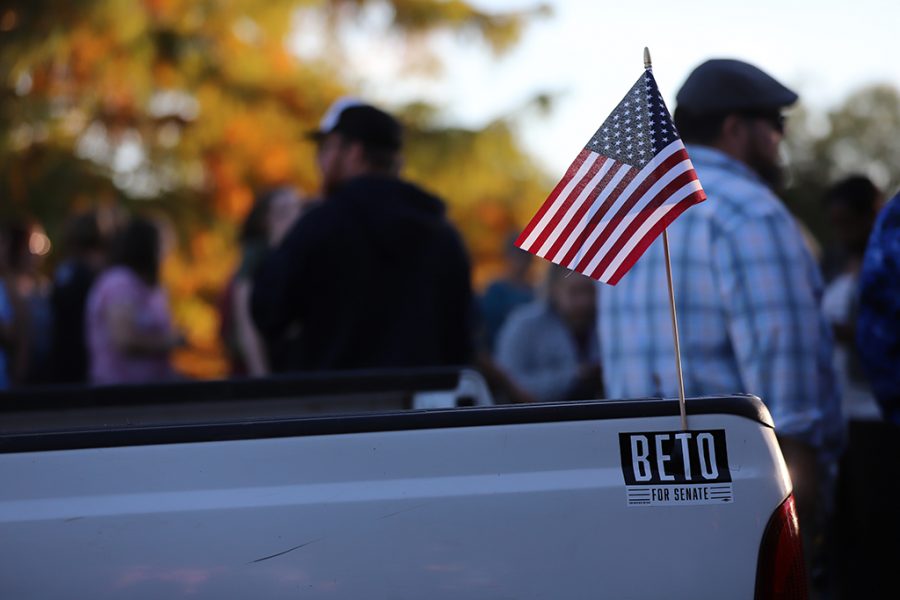