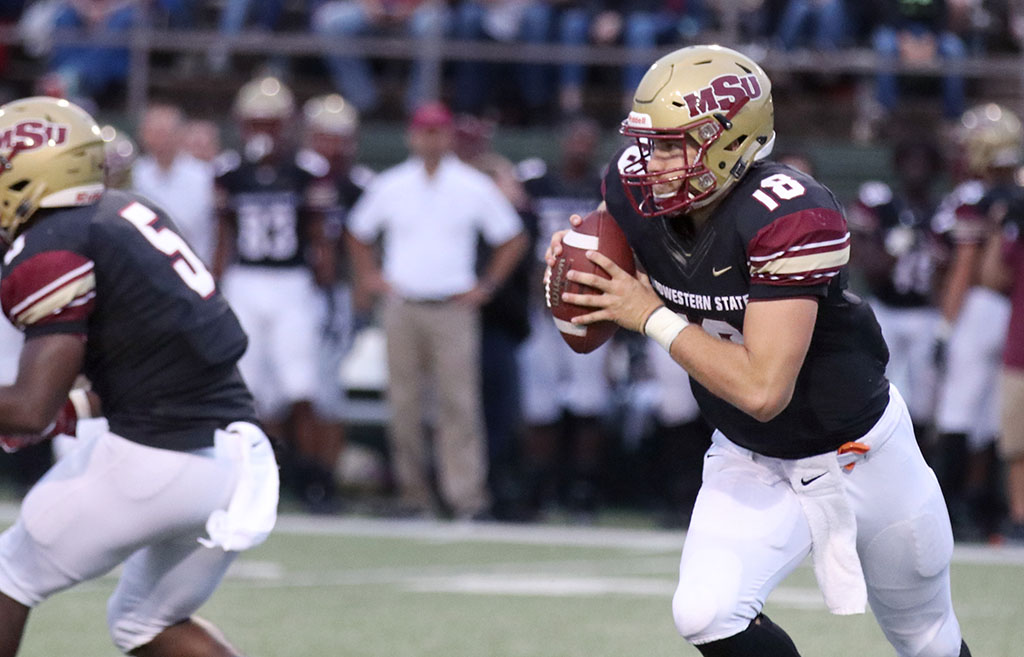 Accounting senior, Layton Rabb rolls out of the pocket at the football game against West Florida at Memorial Stadium on Sept. 9. Photo by Brittni Vilandre (Brittni Vilandre)

Accounting senior, Layton Rabb rolls out of the pocket at the football game against West Florida at Memorial Stadium on Sept. 9. Photo by Brittni Vilandre

The football team tackled the #2 team, University of West Florida. The final score was 38-17. The team trailed behind in the first half, but came back with vengeance in the second half to win the game.

At the 13:15 mark, a West Florida fumble was recovered by Steven Rogers, defensive back and business management senior. The offense was not able to connect any plays after the turnover. At the 8:13 mark, the defense was able to stop a potential touchdown for West Florida. With 15 seconds left to the quarter, Layton Rabb, quarterback and accounting senior completed a pass to Quinton Childs, wide receiver and criminal justice junior. The final score before the second quarter was 0-7.

“We could have protected the quarterback a little better,” Vincent Johnson, running back and mechanical engineering senior said. “We could improve our technique to be more successful.”

The first play of the second quarter was fumbled. At the 7:53 mark, West Florida made a touchdown to move the score to 0-14. At the 6:39 mark, Bryce Martinez, wide receiver and criminal justice sophomore drove down field to the 31 yard-line. Johnson moved the offense to the 18 yard-line. With the fourth-down at the 4:38 mark, Jaron Imbriani, kicker and exercise physiology junior, made a field goal. The score going into halftime was 3-14.

“We fought through adversity, coming out in the first half and being down, we didn’t let that affect us. When we went in at half time we told each other we had each other’s back. We just kept going and came out with the victory at the end of the day,” Anthony Tennison, wide receiver and kinesiology redshirt freshman said.

At the start of the third quarter, Adrian Seales, running back and criminal justice senior, drove down field and was stopped at the 42 yard-line. At the 12:32 mark Tennison, moved the team to the redzone. Michael Berry, tight end and business marketing sophomore, made the first touchdown of the game. Imbriani was able to get the extra point kick, and the score was 10-14. With 5:16 left to the quarter, Xavier Land, wide receiver and criminal justice junior, made a touchdown. The extra point was good and the score before the fourth quarter was 17-14.

“In the first half we beat ourselves, we had too many penalties and we gave up that one deep ball. We had to limit our own mistakes because we really were beating ourselves in the beginning,” Alec DiValerio, defensive end and exercise physiology senior said, “In the second half we picked up the temp and the physicality. We got more pressure on the quarterback and started working better as a unit.”

DiValerio sacked the West Florida quarterback at the 14:33 mark of the fourth quarter. Just after the scored was tied up by West Florida. Until the 9:18 mark when Tennison got a touchdown and brought the score to 24-17. At the 8:29 mark, West Florida faked a punt but the defense held the team back from getting a first-down. After the turnover, Tyrique Edwards, wide receiver and criminal justice junior, made it into the redzone. Seales then moved the offense to the 1 yard-line. At the 3:52 mark, Seales made a touchdown and the score was 31-17. With 2:53 left to the game Paul Manus, defensive back and business/marketing senior intercepted the ball and ran for a touchdown. The final score was 38-17.

“It felt great, I was glad I could really step up and make a play at a late stage of the game,” Manus said. “We will work on ourselves mentally and staying in our coverages.”

The team has a starting record of 2-0. The next home game will be on Sept. 22 at Memorial Stadium against Angelo State University at 7 p.m. 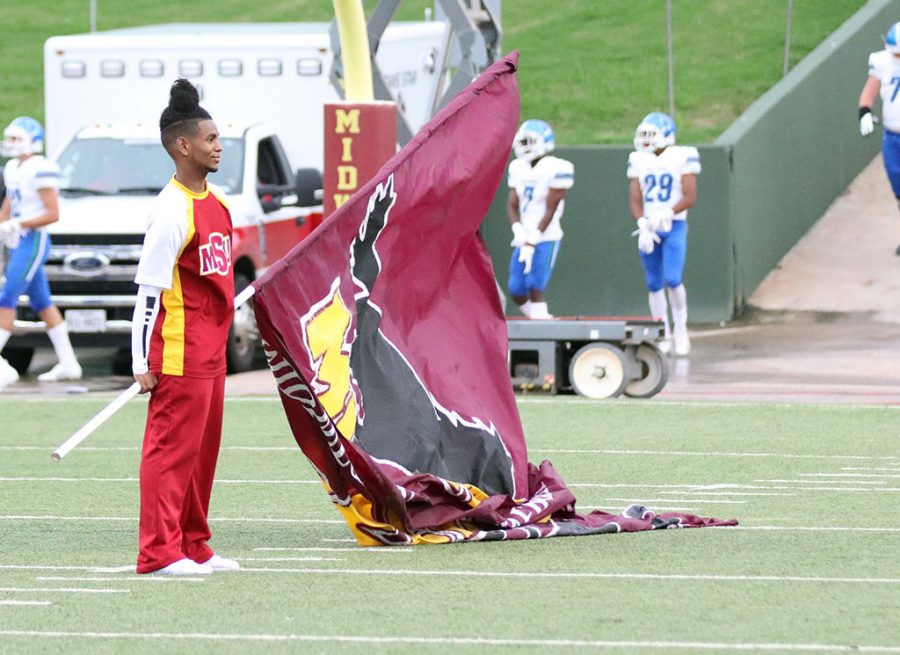