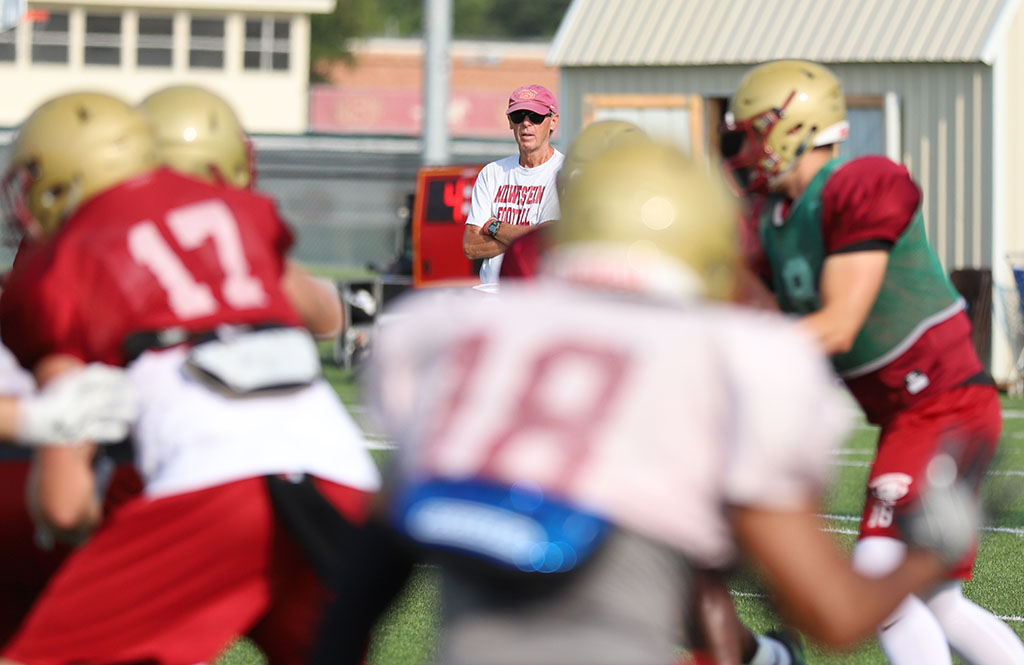 Everyone in the athletic department has been hard at work getting ready for the fall season and adapting to changes.

“We have got a new volleyball coach, a new women’s soccer coach, as of two weeks ago Doug Edler retired and we have a new coach there as well and we have a new strength and conditioning coach,” Kyle Williams, athletic director, said. “I’m excited about this upcoming year.”

According to Williams this year and next year will be an amazing time for the athletic department.

“Starting in 2019 the heartland conference is merging with us,” Williams said. “That is going to be the biggest Division II conference in the country.”

Williams said athletics is going to continue to get better at what they do. He stresses, classroom, competition and community; in that order.

“We are all about helping our kids, certainly on the academic side,” Williams said. “We want our student athletes to be more in collaboration with our general student.”

According to head coach Bill Maskill said that the team has a lot of new young guys,

Maskill said he believes if the team is healthy than we will have a chance to be a good football team.

“If we stay healthy the offense, defense and special teams should be able to take care of themselves and we are going to have to be ready to come and play every game,” Maskil said.

Maskil stressed that the team has to prove themselves every game, every week.

“In this league you have to be ready to come play every week because it is a really good football league,” Maskil said.

Williams said this is the best football schedule he has seen.

“I’m hoping and wishing and encouraging all our kids, all our students to come out on those big days,” Williams said.

“In the past the cross country team has shown to be the best in the league,” Styles said.

According to Styles the team has experience on their side, due to only losing two people at graduation.

“They really didn’t understand the magnitude until we were there (conference and national championship),” Styles said. “Now they do and there is going to be a completely different mindset than what they had last year.”

Valerie Armstrong, volleyball head coach, said she is excited about implementing new systems and seeing where the team is at.

“The kids are working hard and they are buying in and just seeing how we can focus in game by game improving every day and practice one hundred percent and making the conference tournament,” Armstrong said.

Armstrong said her goal for the team is graduation

“Volleyball is a vehicle for them to get through school and learn life lessons,” Armstrong said.

Williams said he is expecting good things with volleyball, having seen Armstrong and what she is trying to do with the players.

“They seem to be having a great time, which is always a good thing when you have a new coach come in,” Williams said.

“We have come second in the team pursuit for the last three years,” Zamastil said. “So we have been knocking on the door for winning a national title on the men’s side.”

The team has three new riders coming in on the guys side, all who excel in different aspects of cycling according to Zamastil.

“I especially expect big things out of two of the grad students coming in,” Zamastil said.

“You can’t win anything important until you win the conference,” Meachum said. “It is a step by step process”

Taylor Lampe, exercise physiology and goal keeper, said there is always high expectations. The team is rebuilding and looking to go further than they have.

“We have the talent to do it,” Lampe said. “It’s just working together as a team and that is what we are doing right now.”