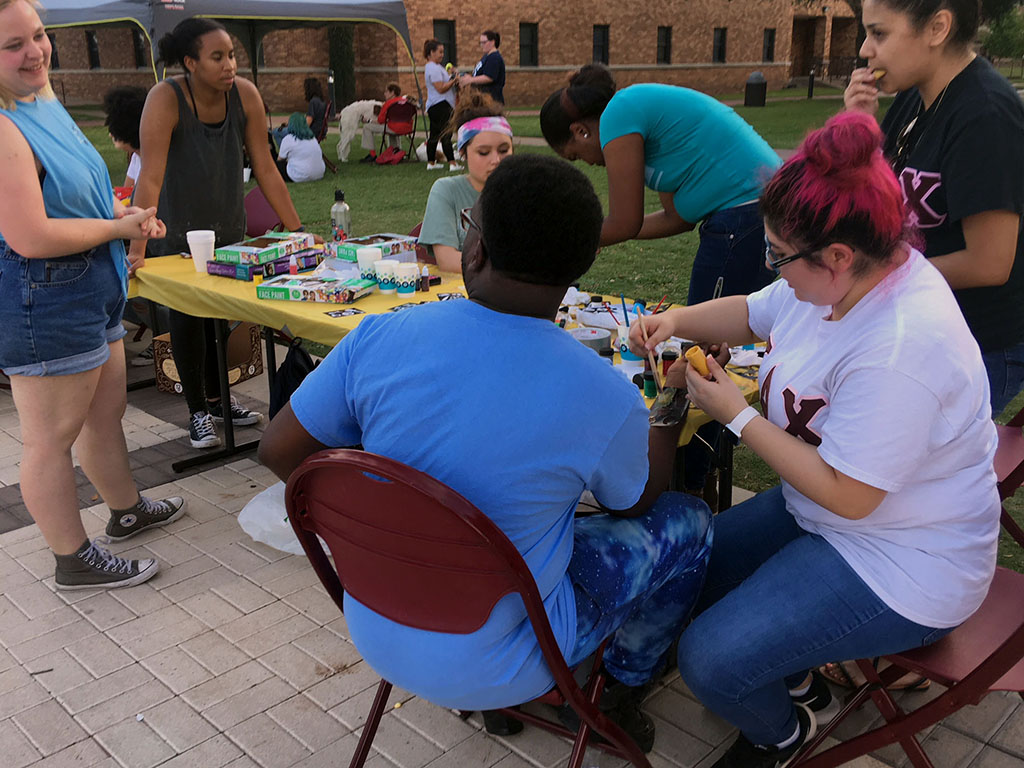 ‘This is probably the best Finals Frenzy that we’ve had’

With finals right around the corner, students’ stress levels are beginning to rise as they search for an opportunity to get away from the constant all nighters and countless caffeine runs.

The University Programming Board hosted the 30th Finals Frenzy to help students relieve stress before finals on May 3 at Jesse Rogers Promenade.

“I feel like this one is way better than last semesters’, because it’s outside and it’s more engaging and they have a lot more stuff than they did last semester,” Wingham said.

Wingham said her favorite events were the zip line and the obstacle course, but she wished there could be more events throughout the night.

“They should have more,” Wingham said. “There’s a lot of stuff that we could do, but to have more people come out and have fun and have a little bit more of it throughout the night.”

Emily Burns, technical theater sophomore, said she enjoyed the oportunity to participate and help run a booth that helped students relieve some stress before their finals.

“It’s gone really well, I’m with APO. I’m the social chair of Chi Omega, we’re the theatrical honors society, and this is our first year participating in finals frenzy so we’ve had a great time,” Burns said. “We had all our members come out, we’ve done all the inflatables, we had people doing the zip-line, we’ve got people in line right now for the car smash and we’re having a great time. We’ve also enjoyed running a station and having people come through and relieve some stress before finals.”

Although this is Chi Omega’s first time participating in Finals Frenzy, Burns said she felt being able to set out a plan in advance was what aided in the overall quality of their booth at the event.

“It’s going really well, I was worried about it, at first, because this is our first time doing it so we didn’t know what to expect,” Burns said. “We went to the informational meeting a few weeks ago about Finals Frenzy and we figured out a general game plan. We got our members to do donations for supplies and it went really smooth.”

Comparisons to previous semesters’ Finals Frenzy were rife as students evaluated which semester was their favorite event.

“This is probably the best Finals Frenzy that we’ve had,” Carbel St. John, social work sophomore, said. “But I would like to see a dunk tank in the future.”

According to Burns, the biggest issue of the overall planning was adapting to the weather and anticipating the amount of supplies that would be needed.

“It was figuring out how to deal with the wind and free loose leaf paper everywhere. Sometimes booths end up running out of supplies, like they don’t completely anticipate all the people that show up, and then you have the opposite problem of some places anticipate all of the students and they don’t get the response,” Burns said.

Burns said she believes the best way to improve Finals Frenzy and ensure that there are enough supplies for every event is to get the students more involved in the planning process and attending the informational meeting.

“I feel like if students maybe did like a poll or if students showed up at the meetings more to talk about like what they want to see, we would have more students want to come so we don’t have wasted  supplies and we’d have enough supplies for the things they want,” Burns said. 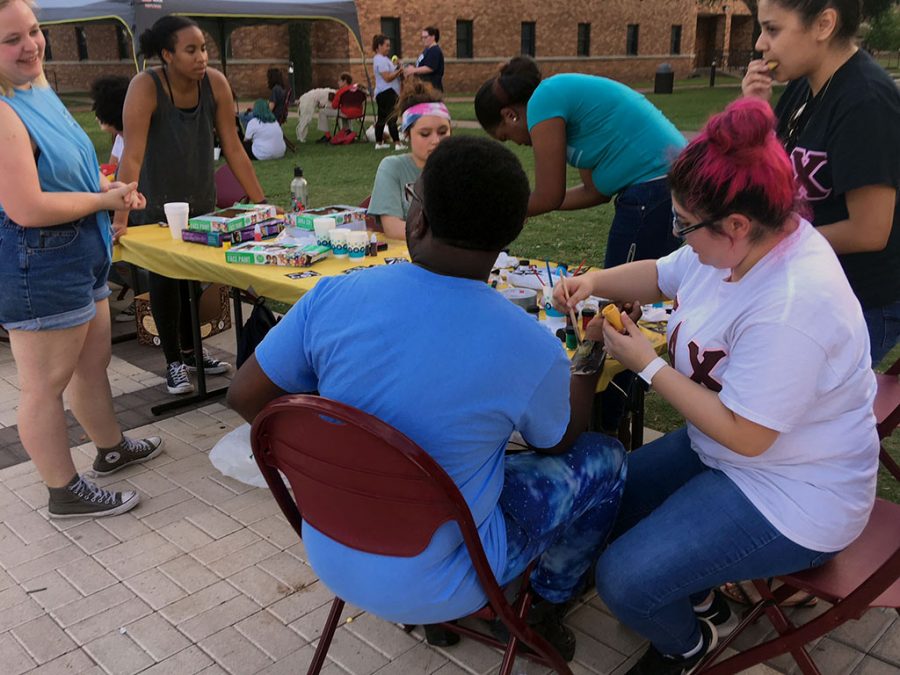