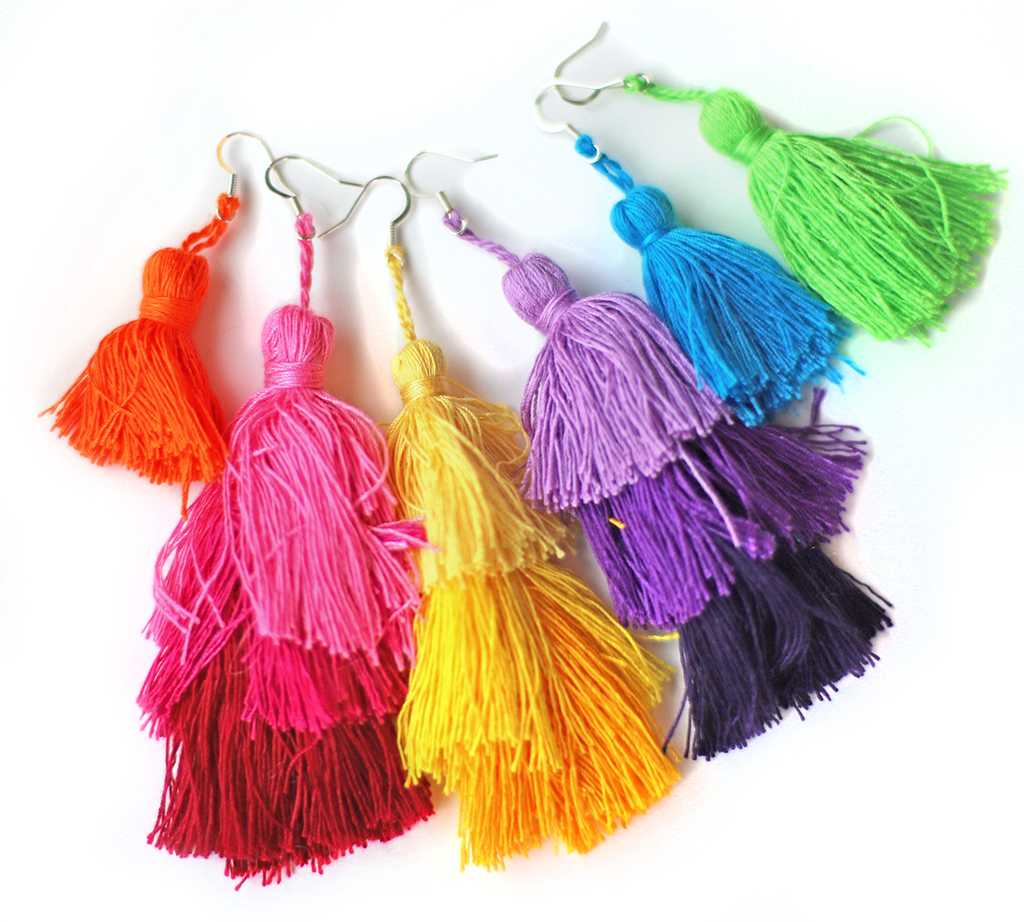 The chaos that is K. Aus- the story of cancer survivor Kylie Austin

For the average 18-year-old, it would seem that college life is about enjoying new-found freedom, homecoming and bonfires, cringing at cafeteria food and struggling to make that 4.0 GPA or not sleeping through class. But it definitely wasn’t the story of the vibrant history senior, Kylie Austin. Instead, it was doctor’s appointments, needles and surgery and two rounds of radiation for thyroid cancer.

“I was 18 coming in to play soccer at Midwestern, and I got the call literally about 15 minutes before I got to Wichita Falls, moving in for pre-season training camp,” Austin said.

Thyroid cancer is a form of cancer that develops from the tissues of the thyroid gland located in the front of the throat. The National Cancer Institute said thyroid cancer represents the 8th most common cancer in the United States. However, for Austin, this isn’t her identifying factor. This isn’t the story she will be known for.

The story is that this Houston, Texas, professional soccer player has gone from sleeping on her friend’s couch, struggling to maintain an undergraduate degree to launching her own T-shirt brand and is soon to be a Graduate student in sports administration on campus.

“I was like, ‘All right, I have to be in class for like a week and a half and then drive down to Houston, have surgery, recover for a couple weeks and then you know I’ll be working my way back to playing,’” Austin said.

After slowly recovering from her surgery and working her way back into working with the team, Austin’s life flipped again, literally. On her way to MD Anderson Cancer Center for a routine check-up, she got into a serious car accident in which her car flipped three times.

Following that near-death experience, Austin underwent her first round of radiation treatment during the first week of Christmas break in 2014.

During the holidays, teens are watching their weight in preparation for spring break. Instead, because of her cancer she didn’t get to decide. Austin had to undergo two weeks of intense dieting before her rounds of radiation.

“I had to go on a low iodine diet, which is the worst diet I have ever been on. I’m not a huge crier, but I would go to the grocery store to try to find something that would work and I would just cry. It was harder to do than the tests and radiation,” Austin said.

She said it was “too much” to deal with at that time, and she hit an ultimate low.

“I was the least happy person. I am very upbeat and energetic and, some may say, in your face. And it was just one of those things where I went from that and I just shut down because if you talk to me the wrong way and I caught a tone, I was snapping on sight,” Austin said.

She went through a second round of testing and radiation in spring break 2015. She thought after her first round of radiation, she was done. But reality hit hard when they realized the didn’t get all of the cancer out then. 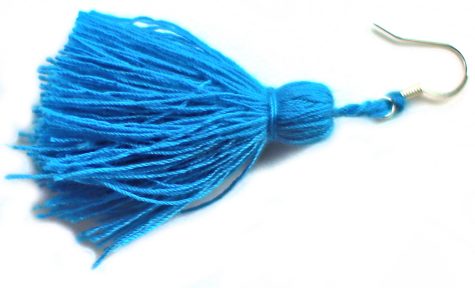 Because she did everything by the book, Austin said she thought she would have been in the clear. She did the diet, she did the treatments, but yet the cancer was still there.

“Well, I get a call back a couple weeks later, January 2015 now and they were just like, ‘Hey, you know something wasn’t right, we need to do another round,’” Austin said.

For two years, she continued her schedule. She was holding her grades up while living life as a collegiate soccer player. But then she got the call.

“One day I had to run up to a local hospital to do some tests, and I get a call from my endocrinologist,” Austin said.

She heard two things over the call.

“You need to come home,” the specialist said to Austin.

“Hi, well, I’m living my dream right now,” Austin said to her endocrinologist. She didn’t want to face anything more.

“No, Kylie, your cancer came back, you need to come home and handle this,” the specialist said.

So in March 2017, just when she thought she was in the clear, her cancer was back.

Despite the fact that she had cancer, she did not return to Houston and continued to play until it began to take a serious toll on her body. After a series of tests, Austin decided to listen to her doctors. She returned to Houston, walked into the hospital and got the shock of her life.

When she returned to the surgery counsel on June 22, 2017, Austin said the surgeon told her she could be treated in another way besides surgery.

“Why are you even here,” the surgeon asked Austin.

“What do you mean why am I here?” Austin asked confused. “You know everything.” He had all of her notes, her files, her test results. He should know why she was there.

“You don’t need surgery for this we can do this another way,” the surgeon said.

When Austin heard this, relief flooded her body.

Austin was prescribed pills to suppress the cancer and in September 2017, was certified cancer-free. After multiple other tests this year, she is still cancer-free and with the battle scars to prove it.

The 22- year-old is now an entrepreneur, having started a new business making colorful earrings, and in January 2018, she launched her new T-shirt line ‘K. Aus.’

After dealing with so much in her 22 years, Austin wasn’t okay settling.

“The first shirt I thought of says, ‘be good do good.’ That’s what I say when I coach my kids, and I was sitting there and said I couldn’t just drop one shirt. It didn’t feel right. I’m coming to graduate and I can do a, b and c, but I wasn’t okay with settling.

Having grown up in a family business, she knew there was more she could to with her business idea.

“I grew up in a family business watching my dad and watching him grow the business. Ever since I was about 5-years-old, I asked questions any time I could so I grew up business-minded,” Austin said.

Austin went to work. She created shirts with phrases she uses to coach children and anything she found inspiration in. Austin said the new line was something she constantly prayed about until one day she knew it was time. She explained the meaning behind ‘K.Aus.’

“A couple years ago, a friend of mine’s dad started calling me ‘Chaos’ because I was all over the place, doing all these things and it was just utter chaos. My friends caught on and I sat there and I thought, ‘I’ve been through it these past three years, but I’ve always been at my best when I just embraced it,'” Austin said. “There were times when I needed it to be quiet, but nothing came out of it. When I embraced the chaos, I came out much stronger and I had such a better head on my shoulders, I didn’t need quiet anymore,” Austin said.

With the clothing line launch, many community members supported Austin.

Katelyn Vietti, former Alpha Phi sorority sister and friend, purchased some of the items like pompom earrings and T-shirts.

“I really like them, they’re really cute and colorful like the yellow ones,” Vietti said. “I wear a lot of yellow for work and purple ones I plan on wearing because they’re so cute.”

Vietti said, after three years of knowing Austin, one of her best attributes is how down-to-Earth she is.

“She’ll ask for your honest opinion. She’s very driven which I really admire. I’m a feminist by core and she’s embodied the values I want women to be—headstrong,” Vietti said.

Sometimes, Vietti said, she’ll be at her apartment, and Austin will shoot her a text out of the blue.

With a shake of her head and a smile on her lips, Vietti will text back, “Where are we going this time?”

“Put on some hiking gear, we’re gonna do a night trip to Oklahoma and be back by night.” Is the only response Austin will send back.

“That’s our friendship in a bubble. Just random spontaneous adventures,” Vietti said. “Honestly, I hate to be cheesy, but she’s Chaos. She’s absolute chaos, she’s going to come into your world and change it forever. A good chaos. She’s bubbly and she changes the atmosphere in the room to something better.”

And while she is such a impactful person to those around her, Austin said she wouldn’t have been about to accomplish her on campus credit without the help of Harry Hewitt, chair of the history department.

Hewitt said, “She kind of came on my radar when she needed help to find some online classes and we [ended up] working up an independent study where she could graduate. [She] came down with cancer and then she of course couldn’t come to campus because of her situation, and she was able to get a lot of her courses or at least enough of her course online and got to a point of being able to graduate.”

Hewitt said knowing her situation was “dicey” a few years ago, he is very happy that she was able to overcome the unfortunate circumstances and is looking ahead.

“She deserves a lot of credit for persevering. I know she has been proactive in looking at what she’s going to do when she gets her degree. She very much wanted to finish her degree and she had gotten to a point where there was no more [courses] she could take online and so we just had to cooperate with her,” Hewitt said with a laugh.

Through all of this, Austin said her advice to anyone is, “be scared, but do it anyway.”

“Nine times out of 10, I am scared to do something,” Austin said. “It is not easy being a young female or male in this world and making your mark on it. So my advice is: be scared and take a step because all it takes is one step.”