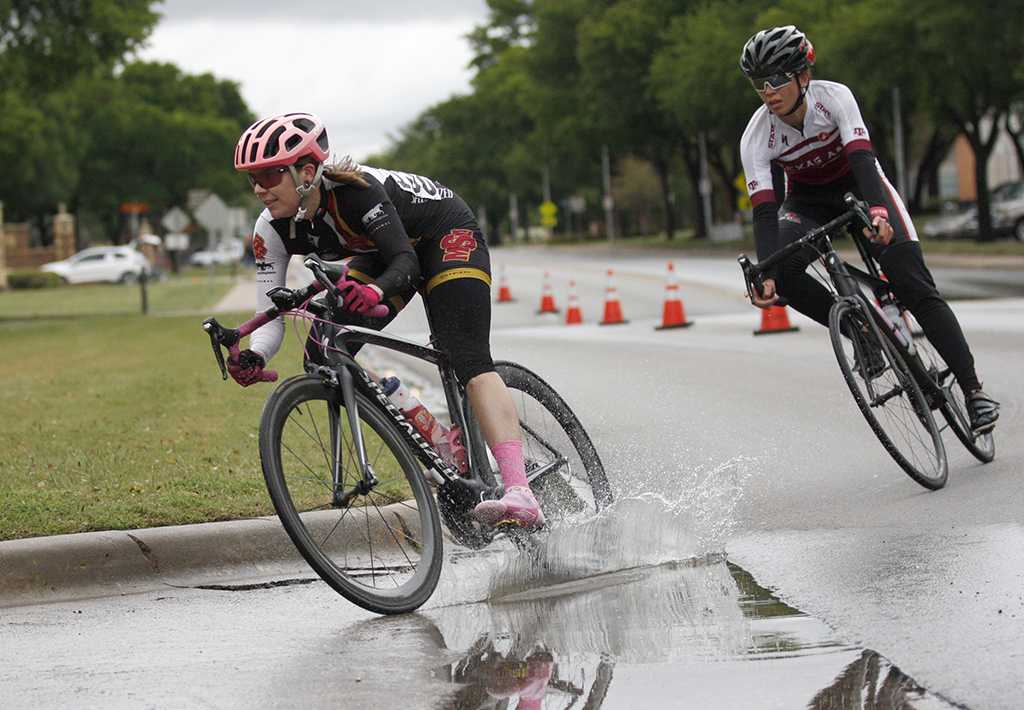 Amy Floyd, accounting senior, races in the Women’s A category at the campus criterium around MSU campus on April 21, 2018. Photo by Justin Marquart (Justin Marquart)

Amy Floyd, accounting senior, races in the Women’s A category at the campus criterium around MSU campus on April 21, 2018. Photo by Justin Marquart

The judge blew his whistle and the cold wind raced against their mist covered helmets as the cyclists reached speeds of 35 miles an hour. Water splashed on their faces and chests as a rider’s wheel sliced through puddles in front of them. The fans rattled their bells, while screaming and cheering each time a group of cyclists passed by. Only one can be named first.

More than 75 cyclists competed in the campus criterium races as part of the 2-Day SCCCC Conference Championship Event and Fixed Gear Criterium, including 14 MSU cyclists competing in various categories.

Though there was heavy rainfall leading up to just minutes before the event, Charlie Zamastil, director of the cycling team, said that was not enough to stop the race.

“As long as it is not flooding, lightning, or tornados we race. Miserable conditions do not stop cyclist,” Zamastil said.

With the competition being set just after heavy rainfall on a cold and windy day, the cyclists had to adjust their strategies to the inclement weather.

Mike Pinson, a firefighter with the Wichita Falls Fire Department who provided on-scene medical care, said, “The weather has a 100 percent chance of affecting the amount of injuries because it is a mixture of beginners and advanced cyclist.”

The slippery concrete made from the heavy rainfall could have significant consequences for someone who is not prepared for the inclement weather.

Zamastil said, “It is a tough person sport who are no stranger to crashing. You want to know what it is like to crash on a bike? Speed up your car to 30 mph, strip down to your underwear and jump out. Thats what it feels like.”

One event that surprised people in the audience was Bill Ash, accounting and finance senior, winning first place in his division despite people not thinking he was going to compete in the first place.

“I took a hiatus from the team this year because I’m looking forward to graduating in the fall. [I wanted to] just focus more on school and trying to get that last summer internship, so that’s been taking up the majority of my time now,” Ash said. “But I still love to come out and try and ride with the guys as much as I can because they’re getting ready for nationals. I love to come here and support them on that.”

Coleman Reidling, one of the cyclists racing on behalf of Baylor University, completed his bachelor’s degree here.

“I love coming back to Wichita Falls, it fells like home to me here. I wouldn’t be cycling if it wasn’t for Charlie or MSU,” Reidling said.

Eight out of the 14 cyclists placed in their respective divisions.

Quotes from those who placed 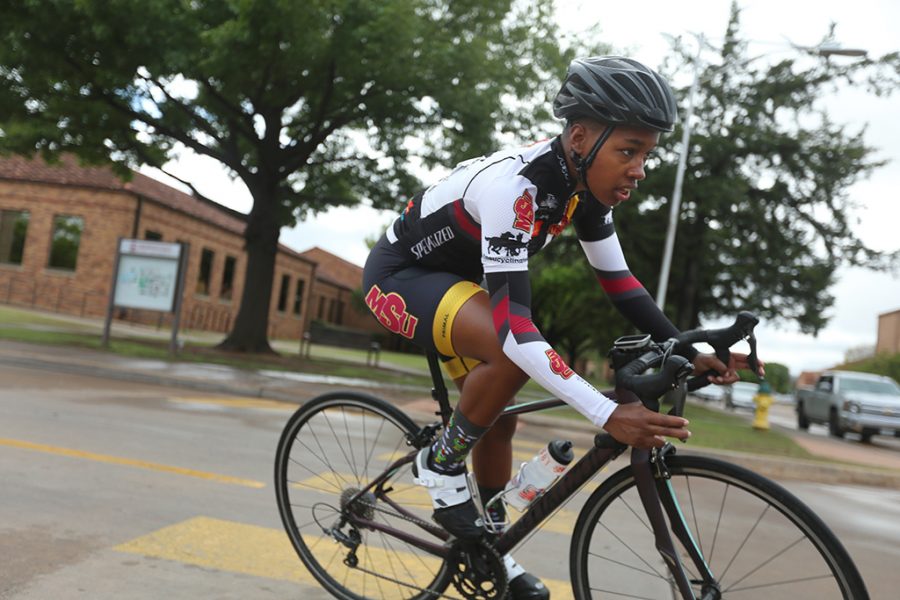