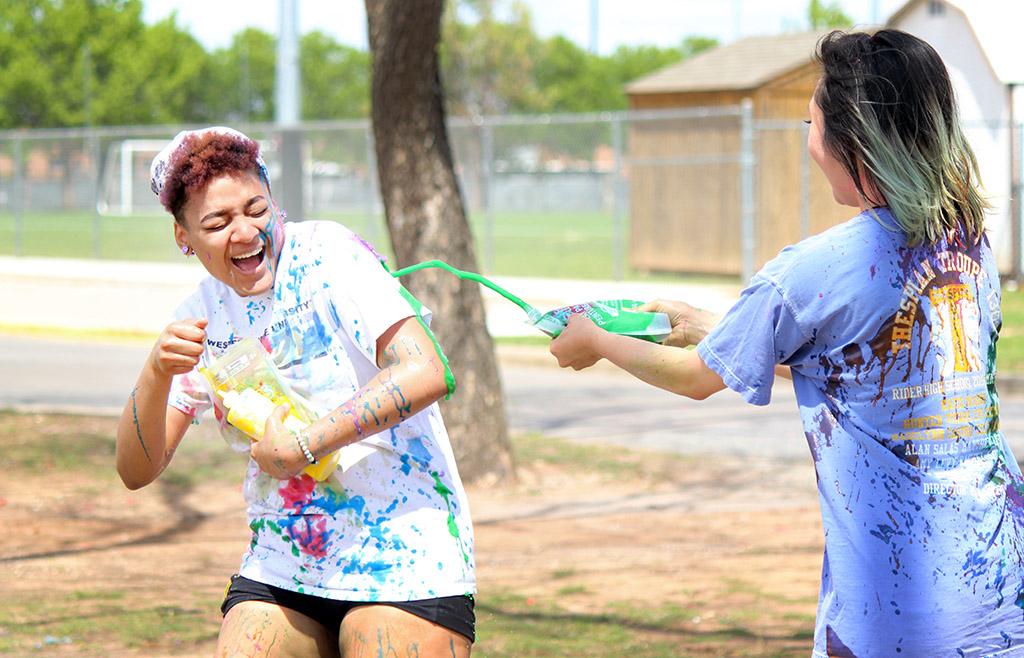 The Inclusion Now! Festival came to a close with a paint fight in an “active and fun” way on April 6 at Sikes Lake.

According to Jonathon Quam, associate professor of mass communication, the idea of hosting a paint fight came from People Respecting the Identity Diversity of Everyone members’ ideas for an event this semester.

“What they wanted to do was grab paint from every color of the rainbow and get people out and pretty much sharing all of those colors,” Quam said. “Each color represents identities behind it. The other idea is that after a week of programming focused on education, we wanted to have something that was active and fun to end the week with.”

While the paint fight was considered “a free for all,” it was split into teams. Paint smeared faces and smiles filled the area and among the remnants of paintballs and paint splats, Stephen Richardson, accounting senior, and Eviyon Harris, sports and leisure junior, came out the cleanest.

They both decided to participate in the paint for extra credit a class taught by Quam. This was Richardson’s first time attending a paint fight and said he will “participate in one again.” 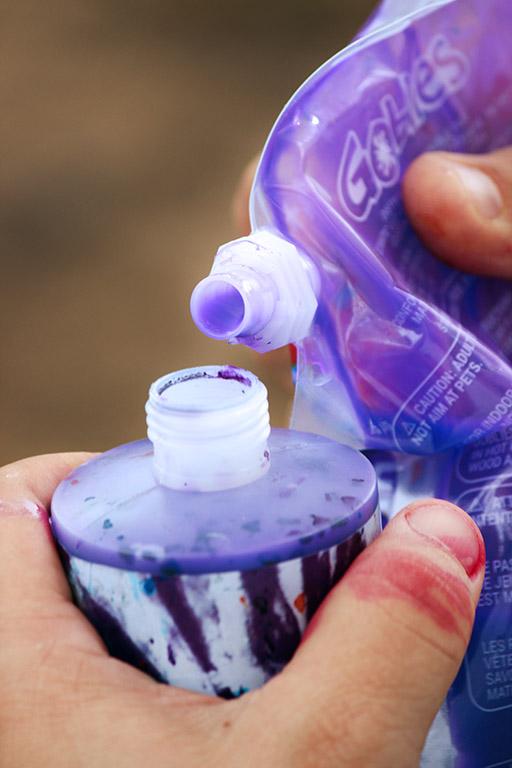