Understanding Title IX and knowing how to make a report 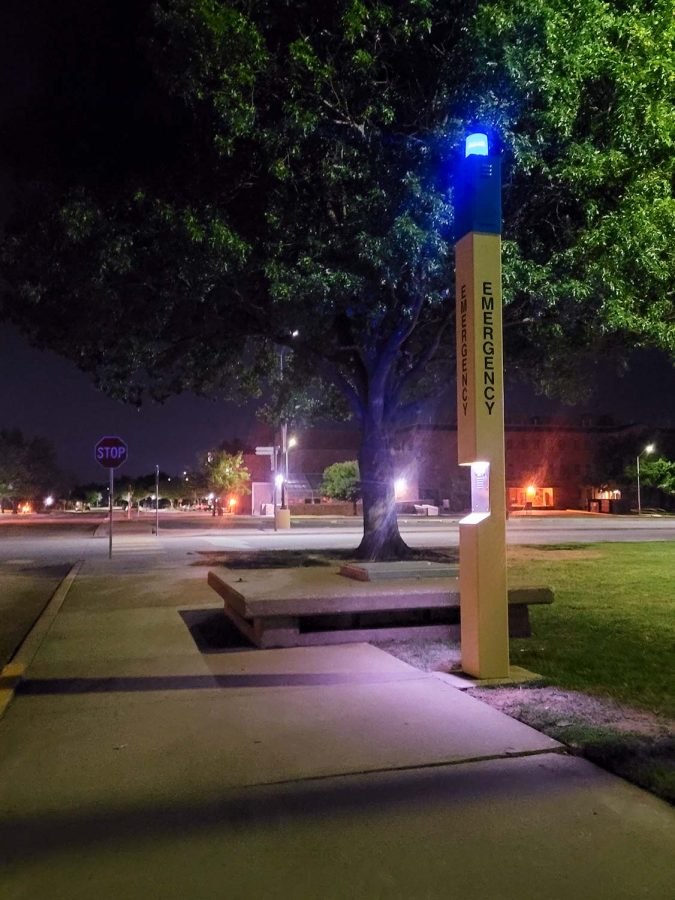 Students received three crime alerts concerning fondling within the week leading up to the first day of classes. Two incidents occurred in the residence halls and one near Ligon Coliseum. The second crime alert stated that the MSU Texas Police Department is investigating.

“I can’t go into the specifics of the cases because they’re being looked at now by the DA’s office for prosecution,” Joseph Snyder, MSU Texas police sergeant, said. “I can tell you that two suspects were developed in those cases, one in each case, and both have been arrested and incarcerated for the offense of indecent assault.”

All these incidents happened in what is known as the ‘red zone.’ According to the Director and Coordinator of Title IX, Laura Hetrick, the ‘red zone’ is the first seven to eight weeks in any university campus that statistically over half of any sexual assault, harrasment or Title IX violations are going to happen.

“[The red zone] is part of the reason [the Title IX department does]  so much programming this time of year. We really want to try to combat it to make sure people know what consent is and know what to do if something happens to them and how to stay safe…Statistically we know that a very high level [time] for it to happen is in that first eight weeks,” Hetrick said.

The first programming event was consent day. During this event the residence life and housing staff and Title IX department handed out shirts to students. The front of the shirts read ‘The way I dress does not mean yes,’ and on the back it had an abbreviated version of consent. Students were also asked what consent meant to them. If students couldn’t answer the question it became a teachable moment for what consent is.

“[Consent] is a clean, clear sober yes that can be withdrawn at any time. Making sure we’re talking about it as a campus, we understand what it is and that we don’t want it to be a taboo topic. We want people to really be comfortable saying ‘Let’s talk about consent. Do you like this? Are you okay with this? Can I do this?’,” Hetrick said. “[We want for] students [to be] a little more comfortable approaching it because we ask for consent all the time, whether it’s ‘can I sit here?’, ‘can I use your pen?’ , ‘Will you give me a ride?’ We ask for consent throughout the day for different issues and we want to make sure students are very comfortable and they understand how consent is given and how it is also taken away if needed.”

Other programming is flyers in the bathrooms. The buildings where the flyers can be seen are in the Clark Student Center, all the residence halls, counseling center, Vinson Health Center and this year academic buildings will be included as well. The flyers are changed every month with different topics.

“In August and September it’s always consent because we [are] in the red zone…We also do healthy relationships, stalking and human trafficking. [The flyer] has all the information, there’s a QR code that you can scan to report any issues to my office and it will also take you to some resources,” Hetrick said.

The QR code on the bathroom flyers is not the only way to report. There are multiple ways to report. The Title IX page in the MSU website has an online report form, the MSU Safety app has a report sexual misconduct app, anyone can go to the Title IX office which is located in the Vinson Health Center or speak to faculty and staff who can refer the report to Hetrick.

“Just because you file a report or come talk to me does not mean that a whole case will be opened. If you don’t want [to open a case] we can talk about providing you with some resources. Making sure you have counseling, if you need to move residence halls, if we need to look at changing up classes because two people are in class together. There’s a lot of things we are able to do and provide resources for,” Hetrick said.

According to Kristi Schulte, deputy Title IX coordinator for students and director of residence life and housing, Hetrick will work with the student to determine if there are any types of protective or interim measures that will need to be provided to help them be successful because this is about access to education. Opening a case after reporting is a resource that Title IX also provides.

“If a student decides they want to move forward with a case, what will happen…generally speaking…two investigators are assigned to the case and all of our Title IX investigators are employees of the university who have been trained in civil rights investigation practices. Those two investigators will then meet and interview the parties involved. They will interview any witnesses, they’ll take into account any evidence that is provided to them and they will write up a report that summarizes their investigation,” Schulte said. “If the parties decide to continue, because at anytime the reporting party can say they want to stop,…then there is a formal hearing process…the hearing panel will determine whether or not there’s a fining of responsibility or not…As a reminder it’s a policy decision are they responsible for a policy violation or not.”

If a student wants to make a report but stay anonymous there are confidential reporting options. Students can utilize counseling services or the health center to report because those are confidential services.

“We try to make sure with the Title IX process that we are providing students with information along the way. I think this is one of those situations where it’s intensely personal. There’s trauma involved and we recognize that. I think students seem to appreciate when we’re able to help them see around corners,” Schulte said. “For those reporting students we try to make it as clear as possible that they’re in the driver’s seat. If they just want to share the information with the university and say ‘This happened to me. I don’t want to move forward with the report but I want you to know.’ That limits what the university can do in response but having that information can be helpful for us.”

Title IX only looks at policy violations meaning they do not do criminal cases. The police department does investigations and possible criminal charges. Students can choose to do either case or both.Title IX and the MSU police work together and can have both a policy and criminal case at the same time.

“If [a student] makes a report to Title IX, the clery act requires that Title IX makes a report to the police department so we can document that something happened. If they don’t want to involve their name they don’t have to…If they want to make a criminal report usually if its a sexual offense their name is removed from all reports, they get what’s called a psedonym form…We make a report, it’s turned over to a detective, detective use all the resources that they can to try to identify a suspect and then they file criminal cases with the district attorneys office. Since most of those are felonies…they will go to a grand jury for indictment,” Snyder said.

The MSU Safety App can be used to make a report but it has other safety features as well. The friend walk feature allows for two people with the safety app to see where one is walking. There is also a mobile blue light that works similarly to the blue lights around campus.

“The university provides the MSU safety app. We encourage people to use the bluelight on that so if they get into a problem they can immediately access our dispatch center either through text or through a phone call. When they use that app, as soon as they initiate that call, a map comes up in the dispatch center and it shows the dispatcher right where you are…There’s also other safety tools and how to go about reporting,” Snyder said.

The main focus for Hetrick is for the campus to continue talking and acknowledging actions that fall under Title IX violations.