“RENAISSANCE”: A testament to the genius of Beyoncé 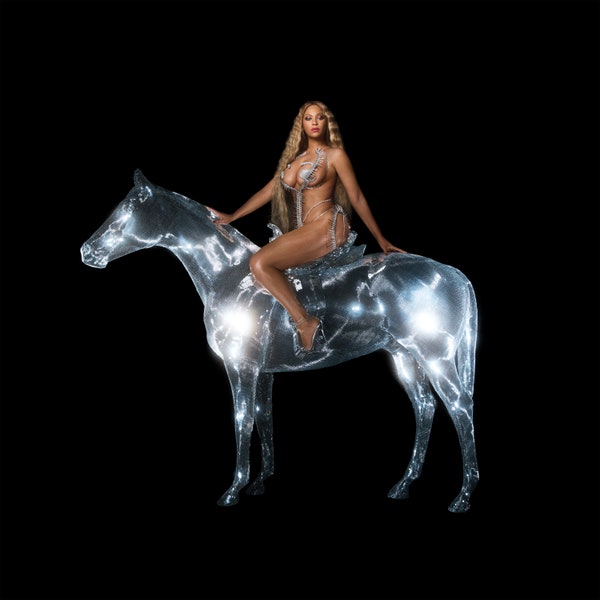 In the past, Beyoncé has given her fans phenomenal and award-winning singles, albums and music videos, and after a three-year hiatus, she is back with another groundbreaking hit album, “RENAISSANCE.” Dedicated to her Uncle Jonny, “RENAISSANCE” is about celebrating joy, music, dance and freedom – especially during a time of isolation and grim. In an interview with Apple Music, Beyoncé said she crafted the album during the COVID-19 pandemic for her fans to have an outlet after months of isolation.

Much like her previous albums, the musicality behind “RENAISSANCE” gives the album certain core themes like celebrating femininity and Blackness, confidence, freedom and happiness. The overarching theme seems to be jovial and full of life whilst being serious and awe-inspiring. “RENAISSANCE” has sixteen tracks, with features from artists like Jamaican American model Grace Jones and Nigerian singer Temilade Openiyi, more commonly known as Tems. The album utilizes drums throughout, giving it a very percussive vibe. The drum in each song gives the album its danceability, but also makes each song intrinsically unique. The drums on “I’M THAT GIRL” give the song a club-like vibe but also a serious tone, while the drums on “ALIEN SUPERSTAR” give the listener a chance to have a “vogue moment.” The drums on “BREAK MY SOUL” emphasize Beyoncé’s message of resilience and overcoming hardships, while the drums on “MOVE” give the song an Afro-tech beat which celebrates rich African music whilst simultaneously celebrating being a woman in America. Aside from drums, the album implements a lot of different musical techniques and transcends various music genres like the disco-like feeling you get listening to “CUFF IT” or the gospel and hip-hop mix of “CHURCH GIRL” or soft singing of “PLASTIC OFF THE SOFA.” She uses all these different techniques to tell a different story in each song while still having something that her fans can dance to.

As stated throughout this review, Beyoncé uses a lot of several different techniques to tell several different stories and a key technique she uses not just in “RENAISSANCE” but also in her previous albums is lyricality. On the album, Beyoncé’s use of certain word and syntax choices either preface to a deeper meaning, allude to another work of art, compare or contrast an ideology or are just fun and explicit. In “ALIEN SUPERSTAR” she says, “I got diamonds beneath my thighs where his ego will find bliss.” This is a reference to “Still I Rise” by Maya Angelou. In “BREAK MY SOUL,” she uses the phrase “You won’t break my soul” several times throughout the song and she uses certain sentences like “I’ma build my own foundation,” “I’m looking for motivation” and so on all to preface the struggles of the working class. In “CHURCH GIRL” she says “Church girls acting loose. Bad girls acting snotty” or “Bad girls acting naughty. Church girl don’t hurt nobody.” Here she repeatedly compares being a “church girl” with being a “bad girl” or compares going to church with going to the club.

Throughout the entire album, Beyoncé reminds her fans why she is the Queen Bee. “RENAISSANCE” perfectly captures Beyoncé’s goal for the album. It is a fun album to listen and dance to. It is a testament of what it is to be a minority in a world that doesn’t favor minorities. It is a celebration of Women, People of Color, the LGBTQIA+ community and many other marginalized people. It is a reminder to be your best and most authentic self. It is a helpful nudge to seek out happiness as it is your birthright but most importantly, “RENAISSANCE” is a sixteen-track tale of music, dance, joy and freedom.