The woman behind MSU’s Chick-fil-A…Brenda Campbell 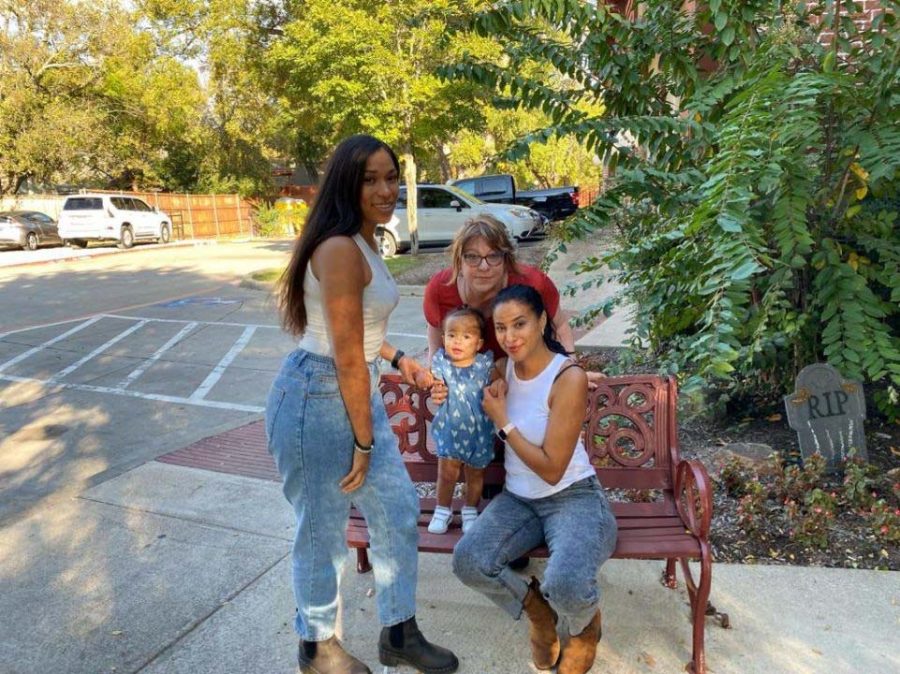 If you’ve ever walked through or passed by the Clark Student Center here at MSU, there is no doubt you’ve seen, as many students know her, Mrs. Brenda.

Brenda Campbell, a Wisconsin native, grew up in a small town called Mosinee, in mid-central Wisconsin. For the most part, her childhood was a typical upbringing.

“I grew up with conservative…very conservative parents, and I just had a normal childhood you could say. We would go to the lakes and swim in them, go camping. When I graduated from school, I worked at a truck stop for a year or so, and then actually joined the Air Force after,” Mrs. Campbell said.

Campbell was a member of the U.S. Air Force for six and a half years.

“I felt like I wasn’t getting anywhere in my small town and I just wanted to travel; I wanted to see the world. I worked in the supply squadron.  That was my first job. When I got out of the air force, I finished in Tucson, Arizona. I had traveled while being in the force; my first base was actually Air Force One which I thought was very cool and exciting. I’ve been to Okinawa, Japan but in Tucson where I had gotten out of the force, was where I met my then commanding officer and had my three kids,” Campbell said.

Campbell lived in Arizona for 20 years and said her favorite nature sights are found in the Grand Canyon state.

“Traveling around Arizona while I was there was beautiful, a lot of times when people think of Arizona they think desert, which is not true. There are mountains and forest and so much diversity once you get past phoenix,” Campbell said.

Campbell’s reasoning for coming to Texas was because she met her future husband.

Campbell, at the time living in Arizona, said her now-husband was in DFW as well as her best friend and eventually came to Texas to visit.

“When I came to visit my friend in Dallas, he asked if I wouldn’t mind him visiting me because he said he was from Wichita Falls…after six weeks, he then came to Arizona to see me and it just moved from there,” Campbell said.

After coming from a traditional background, Campbell now belongs to a very diverse family and wouldn’t have it any other way. She said her family represents a vast spectrum of nationalities, including Filipino, Mexican, Korean, Black and White.

“I love it. One of my children is turning 39 this year, another 34…I actually lost a daughter to fentanyl a few years ago but she would’ve turned 31 and then the baby of the family will be 30 this year. I have three grandchildren and let me just say, coming from a conservative family to now having such a diverse family, I love it this way…I can’t make this up…my oldest daughter is married to a British man that has a mohawk that sings lead in a very famous reggae band in Tucson. Then my step-son is a drag queen in Dallas, isn’t that fun. I love it,” Campbell said.

Always a busybody, Campbell says she enjoys the environment she has at MSU and the relationship she is able to obtain and develop with students.

“It’s fast-paced. I actually tried working at Einstein’s in Dillard’s and it just wasn’t the same. When it’s rush hour in the student center, you just have everything going on and you get to see and in a way be part of it all. I ended up staying at Einstein’s for five months and just had to come back to Chick-fil-A. I enjoy who I work with and the relationship I have with students. Some people say customer service isn’t important but it is…it’s important to know their names and know some personal things about your customers…sometimes when I say ‘next guest please,’ I see students smile because they are getting me and that makes me feel good and humbled, it helps me know that I am making a difference,” Campbell said.

Campbell says she’s surprised at how many students know her by her name. She says the students are the reason why she continues to work at Chick-fil-A.

“I’ve been working since fall of 2016. This was actually the first job I applied to after not working for almost 20 years. My husband retired and is disabled. I at first thought the students were just going to eat me up and spit me right back out but no, everyone is so nice,” Campbell said.

Campbell said one of her favorite moments at MSU was when ‘Maverick,’ the school mascot, whom nobody knows the person under the costume, told her that they were ‘Maverick.’

“I was shocked when they leaned over and said ‘You wanna know a secret?’ and just told me right then and there. I felt honored. What honestly gets me through the day, although this job can be so physical at times…it always goes back to the kids, the students. I always come home with stories to tell my husband, I am content,” Campbell said.