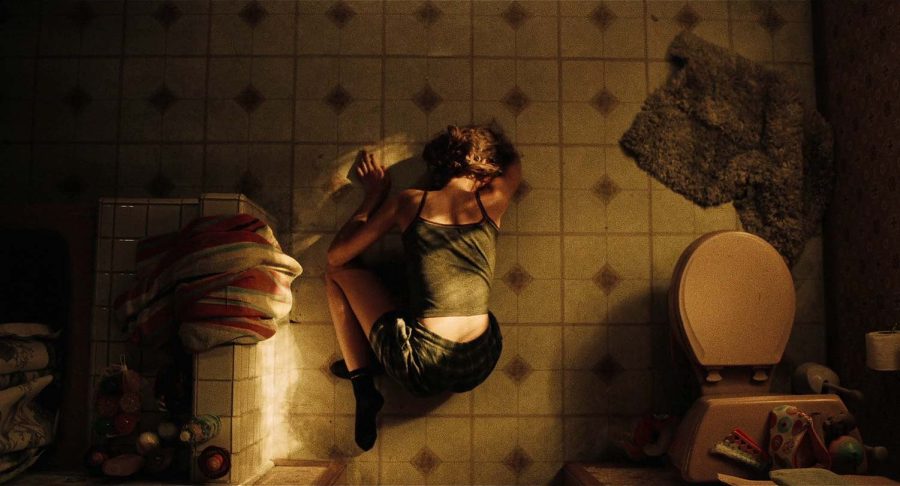 This episode is what I had been waiting for. After last week’s episode was mainly focused on Rue (Zendaya), we are finally getting some much-deserved answers.

Like I have said before, Zendaya’s amazing portrayal of drug addict Rue Bennett is nothing short of Emmy-worthy. Each week, her performance gets better and better. The directors really hit the nail on the head depicting how a drug addict attempting to recover might act and appear.  As Rue shakes and shivers, snot running down her face, she truly appears to be experiencing withdrawals. The show does an excellent job of doing everything they can to show the ugly truth about drugs, with no glamorization. I hope Rue gets clean for real but only time will tell. For now, she has a lot of apologizing to do.

Ali (Colman Domingo) reappears in what I thought was one of the sweetest scenes, showing a true picture of what forgiveness is. Forgiveness isn’t something we have to do, it’s a choice. One that is made not for the other person, but for ourselves. To me, Ali is one of the most wholesome characters on the show. He’s very giving of both his time and patience and has plenty of room in his heart to love others. On the other end of the emotional spectrum, my heart broke watching Cassie deal with heartbreak and depression, showing the emotional highs and lows to which “Euphoria” commits.

There are several parts of this episode stuck in my head, but one that really stands out is the conversation Nate had with his mom (Paula Marshall). She talks about how he was such a sweet kid, until around age 8 or 9, when he started becoming the twisted teen in front of us today. I kept this in the back of my mind, and rightfully so. Later on, during his conversation with Jules, something hit me. Nate’s innocence was stolen when he was exposed to his father’s scandalous activities. His father, his mother and the things exposed to him as a child directly caused the darkness in him. In a show filled with so much graphic nudity, the writers seemed to finally address that both porn and nudity can be damaging to someone’s psyche- especially if that person is a child.

While we see childhood trauma damaging characters as adults, we also see adults improving their lives across the course of the show. Cassie has been one of my favorites from the beginning. She’s sweet and truly loves Nate. She’s not malicious or vengeful like Maddy, and she doesn’t seek out drama or provoke it. I feel like she can bring out the good in Nate.  The fact that Cassie had him dreaming about having a future and starting a family with her just further proves my point. I believe she is a good influence on him and that, as a result, he will end up trying to be a better person. I was happy when Nate called Cassie and asked her to stay with him. Sydney Sweeney is an amazing actress and perfectly encapsulates the mixed emotions someone in Cassie’s situation would have. I think she’s happy to be at Nate’s house, despite her anger at everything he’s caused. As a result, she beats at his chest out of frustration until he kisses her and calms her down.

Overall, this episode answered a lot of questions I wished last week’s episode had addressed. I loved getting to see more of Fezco and Lexi, but something tells me this happiness will be short lived. Let’s be honest, happiness never lasts long in “Euphoria.” Anyways, I give this episode 4/5 stars, mainly because I still want to know what happened to Cal. This isn’t a flaw within the show, it’s just the creators adding suspense for an extended period of time, which is annoying for someone like me who just has to know what happened. I think this may have been my favorite episode yet of season 2. It really delved into the lives of most of the characters, which was something I felt was lacking from episode 5.

Episode 7 is by far the most intriguing one yet. This isn’t an episode that you can watch while glancing at your phone, it requires your full attention, or you’ll miss many important elements. While the episode revolves around Lexi’s (Maude Apatow) play, we are still given plenty of side stories to supplement that storyline. One thing was clear to me from the start. Lexi is an expert eavesdropper, and I definitely don’t see her in the same light as I did last week. Spoilers ahead.

Rue (Zendaya) took a backseat for this episode, but what we did see was encouraging. She might finally get clean, but we’ve thought that before. Rue was heavily in the spotlight for the last two episodes, so it felt very fitting that more time was given to other characters. The small scenes we saw with Fezco (Angus Cloud) were filled undertones of danger, and a feeling that situations could escalate at any second. But in true Euphoria fashion, we won’t know about that until next week.

If you haven’t gotten this from my past two reviews- I have a soft spot for Cassie (Sydney Sweeney), and have since the first season. After last week, I was hoping to see that things were looking up for her. However, thanks to Lexi’s play, some of her hardest moments and biggest trials are on display for the whole school. Imagine having your most personal experiences put in a play without your consent. That’s her reality. Cassie also seems to be changing a lot of herself for Nate (Jacob Elordi). This whole season we’ve seen her working tirelessly to be perfect and get Nate’s attention, and now that she has it, she still seems to be constantly trying to be enough. Her mental health has been steadily declining, and this play will surely push her over the edge.

One thing I’d like to touch on is Nate’s terrifying dream towards the end of the episode. I won’t go into too much detail, but I will say that it provided some of the most unsettling scenes yet… and there’s been a lot of those. This dream was really confusing, as many of the main characters morphed into one another in front of Nate’s eyes, until Cal (Eric Dane) shows up. It hints at Nate being abused by Cal, and that the abuse may be much worse than we suspected in season 1. Unfortunately, Nate has more coming his way, thanks to Lexi’s next music number. The 3-minute-long lip sync/orgy set to “Holding Out for a Hero” by Bonnie Tyler featured Ethan (Austin Abrams) as Nate, receiving oral sex and engaging in other acts. This vulgar display made Nate visibly distraught, rightfully so. He’s in a relationship with Cassie, and now the whole school is watching him being portrayed in an orgy with the football team. Not only was this scene uncomfortable to watch, but way too graphic. I don’t care what he has done in previous episodes; this was wrong on so many levels. Again, this could be the director trying to incite sympathy for Nate. It is probable, but, from what I’ve seen, people still hate Nate just as much as they did before.

Everyone will disagree with this, but it’s my honest opinion: this episode’s villain is none other than Lexi. First off, this play would never be allowed in any school due to the graphic nature and the outrageously expensive set design. She uses pieces of the lives of those around her to craft a show that manages to highlight the downfalls and mistakes of everyone- except for herself. I find it incredibly cruel of her to put on this play while all of the characters are going through their own issues, even her own sister! Many of the scenes in her play were portrayed in a way that made people laugh, but at the expense of those Lexi “loves.” I had second-hand embarrassment for the characters whose lives were being poked fun at on stage. Many think Nate is terrible, that Cassie is a back-stabber, or that Rue’s drug usage is fair game for material, but no one deserves what this play put them through. I know Lexi was trying to make something of herself, but how did she ever think this was okay to do?

I give this episode a rating of 4/5 stars. The cinematography, composition and acting was incredible. Emotions were intense, scenes were dramatic and symbolism flowed through every scene. The reason I took one star off is because I feel the episode spent too much time glorifying Lexi and her decision to put on the play. I wish we had seen more of Fezco and I still need to know where Cal went. Hopefully next week will deliver. On Feb. 27, the season finale will air, and I have high hopes of getting much-needed answers and the most dramatic season finale yet.