Mustangs at the Mansion, a night filled with video games and cereal 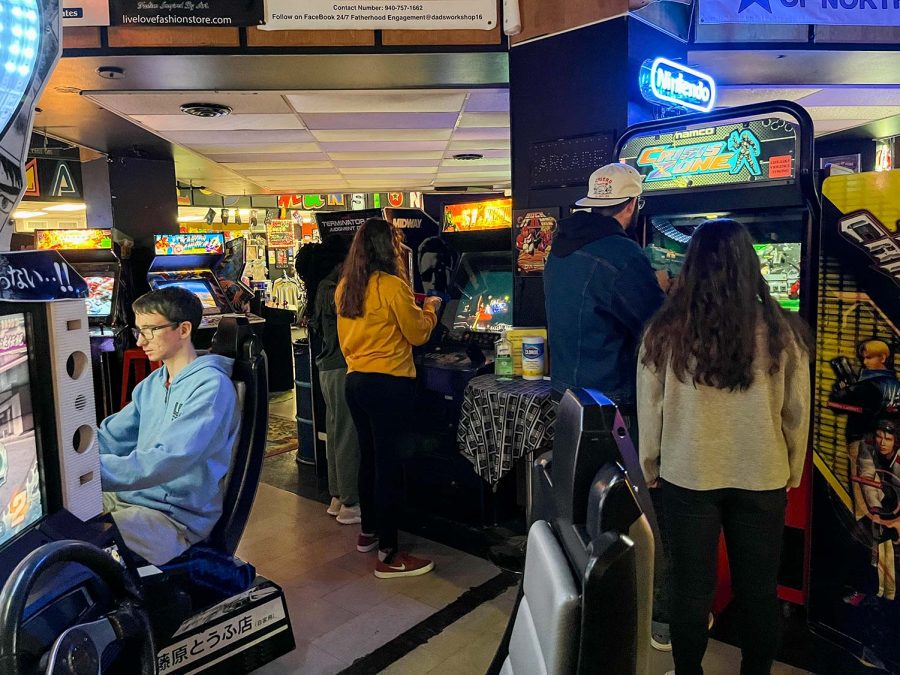 On Tuesday, Jan. 11, MSU students gathered at Maniac’s Mansion for a night full of video games and cereal, known as Mustangs at the Mansion. To help kick the semester off on a light note, each student was welcomed with an armband for unlimited gameplay and one ticket for a bowl of cereal. Zachary Zoet, esports and gaming coordinator for MSU, said that Mustangs at the Mansion is MSU’s attempt at bringing students together that like to game in a less competitive environment.

“MSU has been trying to bring gaming and esports to campus and the way we’re trying to do that is by not neglecting either sides of how students could relate with gaming. Some students want to be competitive, they want to be the best. Some students just want to have fun and make friends and maintain relationships through gaming,” Zoet said.

Gaming is a popular form of entertainment that builds a sense of comradery and social networking amongst young adults. Zoet said that events like Mustangs at the Mansion work as a medium for students to build connections with one another.

“This is one of those events that came about because we were trying really hard to support students with those interests (gaming) as much as we’ve supported other kinds of students in the past. If you go to a typical university there will be things like rec sports or basketball, football, volleyball. There will be, I don’t know, German Club, there will be all kinds of things and those things all are really important and help students find other people like them and make those friendships that help with their mental health, help with their grades, stuff like that but some universities, and we’re no longer one of those, didn’t really have systemic institutional support for gaming and nerd culture,” Zoet said.

The owner of Maniac’s Mansion, Marcus McGee, was more than willing to host the gathering at his establishment. McGee said that the goal of Mustangs at the Mansion was to give students a place to de-stress after a long day.

“Just to have a place to where students and even teachers can come and relax after, you know, a long day of studying and, you know, a test as well. And then on the flip side they can still come in and reserve one of our tables to study if they want to,” McGee said.

Mustangs at the Mansion was worked into Stampede Week to give students a chance to relieve any spring semester jitters they might have. Gaege Nichols, vice president of the Stangs Gaming Club and art sophomore, said the event was a great way for students to settle into the semester while also generating some school spirit.

“I think it was just to kind of get back into the swing of things. Welcome students back from, you know, just the long break that we had and kick off the semester with MSU spirit and to get back into a nice environment,” Nichols said.

Oz Taylor, history junior and treasurer for the Stangs Gaming Club, checked students in on the Corq app when they arrived. Taylor said that Mustangs at the Mansion was a collaboration between several campus organizations.

“This was actually a collaboration between the University Programming Board, Stangs Gaming Club and the Esports Club. It’s a bit of a collaboration event. We’ve been working for a few months. We actually tried to do it last semester but we couldn’t find a right time so we figured the first Stampede week of the year we could just get it done,” Taylor said.

“They have a huge variety of games, old and new,” Kuzmack said. “It’s really fun. It’s my first time here but it looks really fun and inviting. Seems like a good hang out for students or a good birthday spot.”