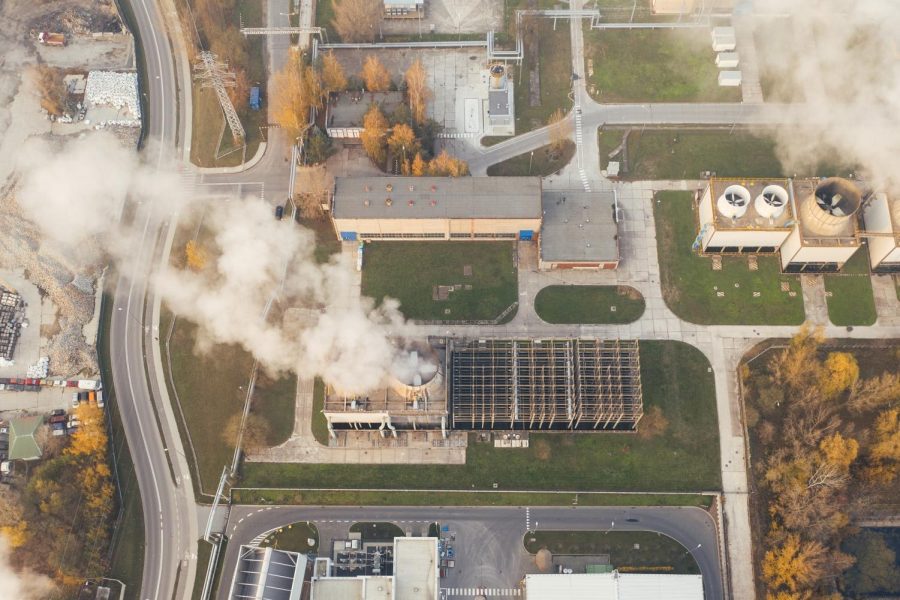 Edward Roberts, under the anonym “strannikov”, has written flash fiction since 2007 appearing online at Delicious Demon, Language Is a Virus, Gone Lawn Journal, Metazen, Dead Mule School of Southern Literature, Fictionaut, and The Miscreant. His verse (since 2016) has appeared at Fictionaut and Literati Magazine and in print at Chiron Review.

At the COP26 festivities in Glasgow, Greta Thunberg helped lead public criticism of what was transpiring (and not transpiring) inside the convention halls among politicians, policy makers, and technocrats. The failure may have been Thunberg’s or it may have been that of media outlets in attendance, but we still are not hearing what sources she relies on in assessing Technogenic Climate Change.

—but one thing she almost certainly gets right (however much we care to discount her appeals to emotivist ethics): humanity-at-large cannot wait for governments, technocrats, financiers, and international panels of climate scientists to pursue courses of action and inaction. We ourselves will have to undertake a lot—if not most—of the heavy lifting that is going to be required of us all.

Across the past two centuries, humanity has been invited by its political classes to enjoy the fruits cultivated by the institutional classes of science and applied technology. We have become inured to the conveniences of modern life wrought by industrial enterprise, dazzled by the trinkets and gadgets of technical processes that seem almost magical, entertained in sequence by radios (and radio programming), movies (and movie fare, including the advent of commercial cults of celebrity), television (which attained 24/7/365 [366] ubiquity courtesy of our corrupt and corrupting media establishment), and the dread internet (complete with wireless telephony and socially toxic social media platforms, wielded and purveyed by unelected and anti-democratic tech tyrants and internet hucksters, and enlightened refinements of various forms of psychic anaesthetization, affective infantilization, and intellectual stultification), ever while we have had the freedom to reject all such vapid consumerist appeals.

Our responses to Technogenic Climate Change henceforth (apart from fatalistic surrender to perceived inevitability) will require informed engagement and critical thinking, with sustained focus and at intensities not encouraged by what has been passing for “education” across recent decades.

Much work must soon commence. The following recommendations are suggestive and hardly exhaustive:

First, since carbon emissions remain the immediate concern, begin to think critically about your specific circumstances and how you get around on this planet. How much of your daily transport and locomotion requires internal combustion engines spewing pounds of undigested carbon? How can you “bundle” automotive transport prudently for maximum advantage? Likewise, how much electricity need you expend each day? How much reading can you accomplish offline during daylight hours? How much composition can you undertake by hand for later transcription? How efficiently are you availing yourself of appliances for food storage and preparation, washing and bathing? How much entertainment fare do you require each day to alleviate boredom with contemporary existence?

Second, become informed on the relevant science(s) of Technogenic Climate Change. It is nothing less than appalling that modern scientific enterprise—priding itself from its inception on its ability to anticipate and predict repeatable outcomes on the basis of empirical experiment and investigation—has performed in such dunderheaded fashion as to have brought the entire planet into this era. Technical expertise (itself responsible for unleashing technological deployments and industrial processes that have made Technogenic Climate Change possible) will be required at least in part to begin to address the ravages coming our way. Scientific expertise on a high level may contribute to mitigation efforts but can only be undertaken by those equipped with the proper training.

Third, begin to think outside obvious categories. It’s not enough to point fingers at petrochemical industries and the automotive sector. Many readers will be surprised to learn how much the global fashion industry is a culprit in the advent of Technogenic Climate Change. Fast facts from recent assessments:

—According to the United Nations Environment Programme (UNEP), it takes 3,781 liters of water to make one pair of jeans, from production of cotton fiber to delivery of finished goods to stores. That equates to the emission of around 33.4 kilograms of carbon equivalent for one pair of jeans.

—Around 20% of wastewater worldwide comes from fabric dyeing and treatment.

—Of the total fiber input used for clothing, 87% is incinerated or disposed of in landfills.

—The fashion industry is therefore responsible for almost 10% of annual global carbon emissions, more than all international flights and maritime shipping combined.

—If demographic and lifestyle patterns continue on their recent paths, global consumption of apparel will rise from 62 million metric tons (c. 2019) to over 100 million tons by 2030.

—Every year 500,000 tons of plastic microfibers from apparel manufacturers are dumped into oceans, the equivalent of 50 billion plastic bottles. Microfibers cannot be extracted dependably from oceans but can spread throughout the global food chain as microplastics and nanoplastics.

Fourth, begin to think about your standing commitments. How dedicated can you be to international travel when even domestic travel entails climate costs? What commercial cults of celebrity can you subscribe to when you know they are proffered to stimulate commercial consumption (travel to and from entertainment venues, purchases of celebrity merchandise and apparel, consumption of dubious commercial entertainment products)? Where might you really want to live? How dedicated might you be to living in one locale for decades at a time as both commercial travel and transport begin to become prohibitive?

Fifth, do posterity a favor on the way out and reject cremation of your mortal remains—an incineration session typically spews out over 500 pounds of carbon. Reject formaldehyde and chemical embalming, too, and feed the hungry worms and insects instead (or, if burial at sea holds any appeal, feed the hungry fishes).

Adjusting to the advent of Technogenic Climate Change cannot occur too early. Dispensing with optimistic myths of “Progress”—that we are supposed to be living in an irrevocable future of engineered comfort and manufactured ease—is not only advisable but is probably overdue, too.