Climate Change Guest Column: Naming the scourge we made 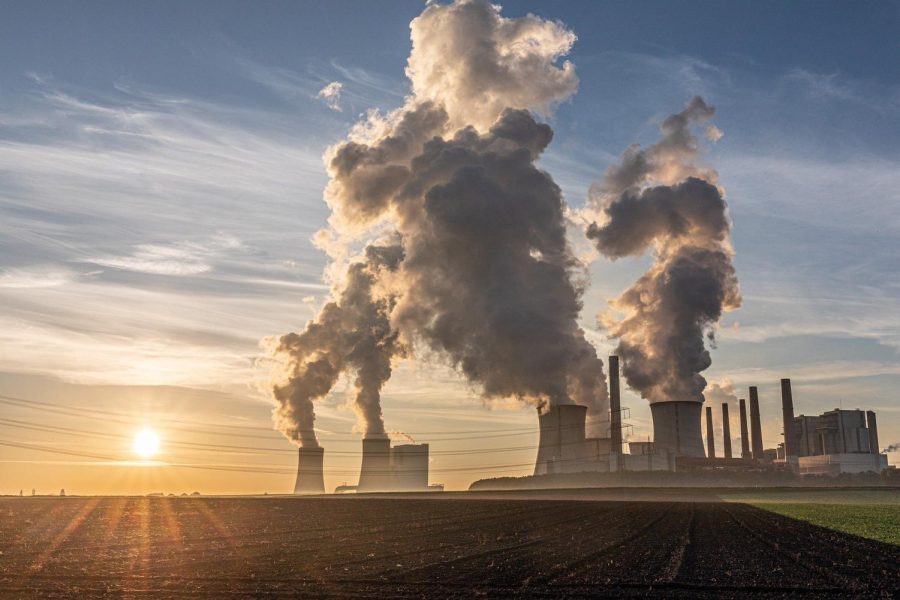 Photo courtesy of Catazul on Pixabay.com

Edward Roberts, under the anonym “strannikov”, has written flash fiction since 2007 appearing online at Delicious Demon, Language Is a Virus, Gone Lawn Journal, Metazen, Dead Mule School of Southern Literature, Fictionaut, and The Miscreant. His verse (since 2016) has appeared at Fictionaut and Literati Magazine and in print at Chiron Review.

Our planet’s climate over the coming decades may wind up posing far more disruption than anyone can now calculate or guess. Generations already born and those born over coming decades are likely among the first to witness these disruptions, no matter what interventions are promised by our classes of applied scientists and applied technologists to help us “cope.”

The culprit has been offered many names: “climate change” and “global warming” seem the two preferred in media accounts, as inexact as each term is. “Climate change” fails as a nominative because of its bland self-evidence: our planet’s climate patterns change continuously. “Climate change” fails to specify a climatic and meteorological dynamic already prone to “natural” contributions without direct human participation (however natural humans may have remained). “Global warming” is flatly misleading, since climatic patterns now forming give us intensely hot summers (northern and southern hemispheres now both affected) but just as likely can continue to yield (seasonally) local conditions of intense cold, ice storms, snowfalls, et cetera. The term “global warming” may well name the overarching climatological mechanism, but pedestrian humanity can get confused when one consequence is a “normal” local lowering of temperatures spawning snowfalls and ice storms. “Global warming” can also fail to remind us properly of the dynamics distinguishing warming oceans from warming atmospheres.

What term begins to name this global climatic phenomenon with its contributing meteorological phenomena?

We can identify those natural mechanisms known to earth scientists: solar activity, geothermal activity including volcanism, tectonic plate activity which can be associated with the former and vice versa, earthquakes, seaquakes, tsunamis, the conditions that result in drought and aridity, those that result in heavy precipitation events, monsoons and floods, those that lead to de-iced polar regions, thawing permafrost zones and melting glaciers, et cetera. What is coming our way has definite natural components. They are “purely natural” in the sense that their mechanisms operate regardless of human observations, measurements or interventions.

It is the case, too, that human beings―each of us and all of us together―have helped foment the problems now confronting us all. We are the ones who mindlessly assumed that our modest contributions decade-in and decade-out hardly possessed the force to help disrupt or accelerate “purely natural” changes to climatic or meteorological processes. We are the ones who drove cars and trucks mindlessly, letting carbon spew without regard for cumulative global effects. We are the ones who helped trash the planet and its oceans with tons of discarded plastic. We are the ones who have uncritically plugged into every proffered device that caring manufacturers have thrown at us so that we can live pampered lives without counting costs: radios and television sets, electric appliances and electric lights, stereos and computers, mobile phones and air conditioners.

The foregoing examples constitute only proximate contributions to changing climate. Scientists are hardly able to claim that any of these can justly be said to have uniquely “caused” changing climate: the mechanisms permitting human beings to contribute to climate change, the exact mechanisms for humans’ aggravation of natural climatic and meteorological processes, came from elsewhere.

To give proper credit where due, one name suffices for what humanity likely will be dealing with for decades or centuries to come, and that name is “technogenic climate change”.

The term “anthropogenic” has been modeled in some media accounts, but while suggesting accountability, it fails because this term would misallocate the agency that created the conditions for the advent of climate change. The conditions for the advent of technogenic climate change were not mindless natural processes suddenly running amok, nor did they result from the spontaneous pining of humanity for disruptions and dislocations to global climates―the conditions resulted from the advent of modern science and applied technology in the 17th and 18th centuries. Because generations of empirical and “rational” scientists in the interim failed to anticipate the outcomes that they and their processes were generating, our entire globe now faces the effects of technogenic climate change.

Technogenic climate change was “invented”—however intentionally or inadvertently—by applied scientists and applied technologists beginning at least in the 18th century. It was unleashed with the advent of early modern industrial production, the refinement of engineering methods and processes for fabrication, and deployments of industrial production capacity. It belched plumes and clouds of black smoke along rivers and across oceans as more and more steamships hauled goods and passengers. It roared up and down tracks upon which raced locomotives and coal-fired steam engines. It vomited untold tons of carbonized residue through multiple nineteenth century military conflicts and vomited untold more tons with the advent of motorized, oil-fueled transport: to say nothing of contributions posed by atmospheric and oceanic testing of atomic and nuclear weapons, to say nothing of ozone degradation resulting from the novelty of commercial flight, the glamour of international travel, and the glories of military aviation, to say nothing of consumer appliances and gadgetry requiring electric power generation and consumption.

Faulting the planet for natural climate dynamism is no path to naming the actual culprit. Blaming poor human beings for our guilty parts collectively only begins to account partially for human contributions. We have only aggravated atmospheric conditions with the processes gifted to us by our scientific and technological elites: it is applied science and applied technology and the industrial processes they facilitated that have brought to Planet Earth the scourge of Technogenic Climate Change.  It remains important to recall just who to thank for this mess because the same classes of scientists and technologists already claim to be in position to help combat Technogenic Climate Change, to repair the ravages it already wreaks across our globe. Perhaps we poor human beings can greet our philanthopists’ and benefactors’ ambitions with the skepticism that might have been due in earlier centuries. The proper appellation “Technogenic Climate Change” can therefore remind us (and them) of how irrational our ambitions to impose rational solutions on inert matter can be.