Sophomores get their first real taste of campus life 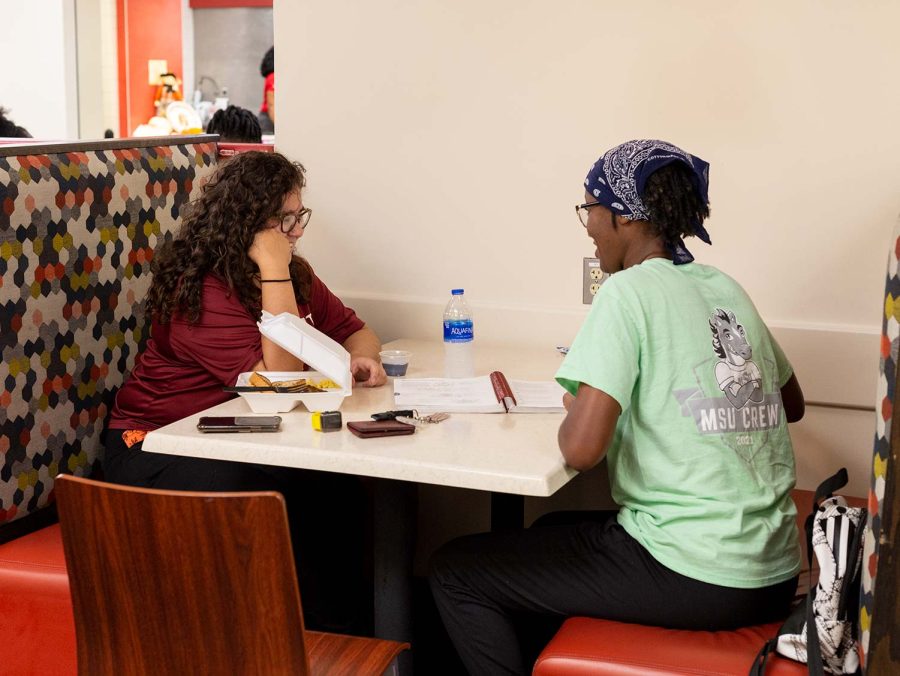 The rise of the COVID-19 pandemic called for a change in daily lives, and academia was no exception.  Classes became virtual and students had to learn through a screen at home. Many students who were freshmen in the 2020-2021 academic year virtually attended their first year at MSU Texas and are now experiencing campus life for the first time as sophomores.

“My first year was last year, so the COVID conflict was like ‘Ah!’ And everything was on zoom and D2L so that was… confusing because I have never been in that kind of environment before,” Sara Anderson, nursing sophomore, said.

Anderson said she expected college to be similar to high school. She attended a small high school and thought MSU would be similar but on a bigger scale.

“I feel like more of a freshman [this year], because I don’t know campus that well, and I don’t know a lot of groups and people. I feel like I should know more about MSU in general than I do now,” Anderson said.

“Academically yes [this semester is how I thought college would be like]. Outside of regular classes, no, just cause I don’t know anyone other than the people I live with,” Ford-Foy said.

“Honestly, my first semester was kind of when COVID hit, so it wasn’t so bad because we were all online. I think I do better online anyway, so it was easier for me to study and keep to a schedule and not have to worry about coming to classes really and coming to campus. I feel like it was a little bit easier for me also because I’m an auditory learner, so just hearing the professor lecture even if it was through zoom I was able to retain more information,” King said.

Going into college, King didn’t have any expectations. She assumed it would be going to classes and working toward what she wants in life which is what her experience has been so far. King was able to experience in-person classes briefly before going virtual and has no preference for how she learns as she was able to adapt to both situations.

“I wouldn’t really say I have a preference because I am one of those people that can adapt. I adapted to both situations pretty well…. Being in class and… face to face, I’m used to that because we’ve always done that ever since we started grade school up until now, and then like learning online that was also kind of easy for me and I was able to adapt to that pretty well. I wouldn’t really have a preference I would say.” King said.

King says this semester is a bit more challenging than previous ones due to the material she’s learning in class rather than being in person. King believes this semester is what most people expect from college which is going to classes and stressing over midterms. She has also seen more people hanging out and doing things on campus. Anderson would agree as this semester aligns more with what she thought college would be like.

“[This semester is] better than last year, I get to interact with more people, more in-person class. I actually get to pay attention and I’m not falling asleep over zoom.  So, I feel like I’m gaining more of an education than last year,” Anderson said.