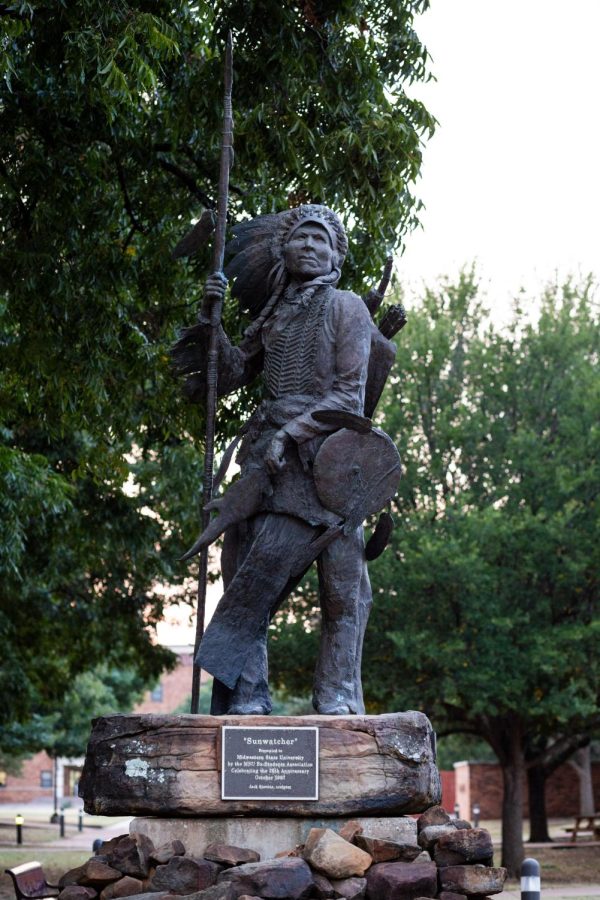 President Biden issued a presidential proclamation declaring Oct. 11 Indigenous People’s Day.  The recognized holiday now shares the space with Columbus Day. The Wichitan interviewed students walking around campus to see what Mustangs think about the decision and Columbus Day being a national holiday in general. Christopher Columbus was known for his “discovery” of the New World, but many have begun to focus on his treatment of the indigenous peoples.  While dissenting opinions exist elsewhere, students were united in their support of the decision and their disapproval of Columbus’ legacy and celebration.

‘I believe we should get rid of Columbus Day and not celebrate it, because I think we were taught that he was a great person and a discoverer but he’s actually not as good of a person and you start to notice that as you grow up. I heard that Columbus raped a lot of women and took over people’s land that were already there and colonized them.”

“I feel like having ‘Happy Indigenous Day’ is a great idea, because they were here before anybody else was here and had their own way of life before people came here and took them out of their living circumstances…. I don’t know if any day would have been the perfect date for this holiday, but the fact that [Biden] took the initiative to recognize and acknowledge that we do need to represent this community in some way is great.”

“I think having those holidays on the same day was on purpose and actually very strategic.  I personally think it’s a good idea – Columbus wasn’t a great guy. He did a lot of terrible things to this very specific group of people. Those people should have the right to say ‘Hey no, we also should be celebrated not just the man that conquered us.”

“Yes, I don’t really have a strong opinion, but I think we should celebrate it. If people prefer Indigenous Peoples’ Day, that’s probably better. I can see it’s kind of clearer. I’m not for Columbus Day. Some people like it because he’s Italian, I’m not Italian. I don’t really care for Columbus Day, it’s like ehhh.”

“Honestly, I don’t know anyone who celebrates [Columbus Day] really at all. No, I don’t think we should celebrate Columbus Day. Yeah, it’s cool to recognize this man sailed the sea, but I really don’t see the importance of it. Indigenous Peoples’ Day and Columbus Day is kind of a weird mixture. I wouldn’t put those two together. I would give them separate days. We kind of took the indigenous peoples’ land and Columbus kind of started it all. I don’t think that’s a good thing.”

“I think it’s fair to say Indigenous Peoples’ Day. Personally, I don’t think it matters too much. It’s just I don’t think those things hold that much weight, so if changing that makes some people feel better then it’s a good thing to do. I don’t know how much weight it actually has on people’s lives. Celebrating Columbus Day is kind of a mixed bag. It’s significant his discovery, but at the same time, the bad things that came after that and the bad things that led to that happening, somewhat undermine it. [Instead of] celebrating it, like it’s more of recognizing that’s what happened on this day, not much besides that.”