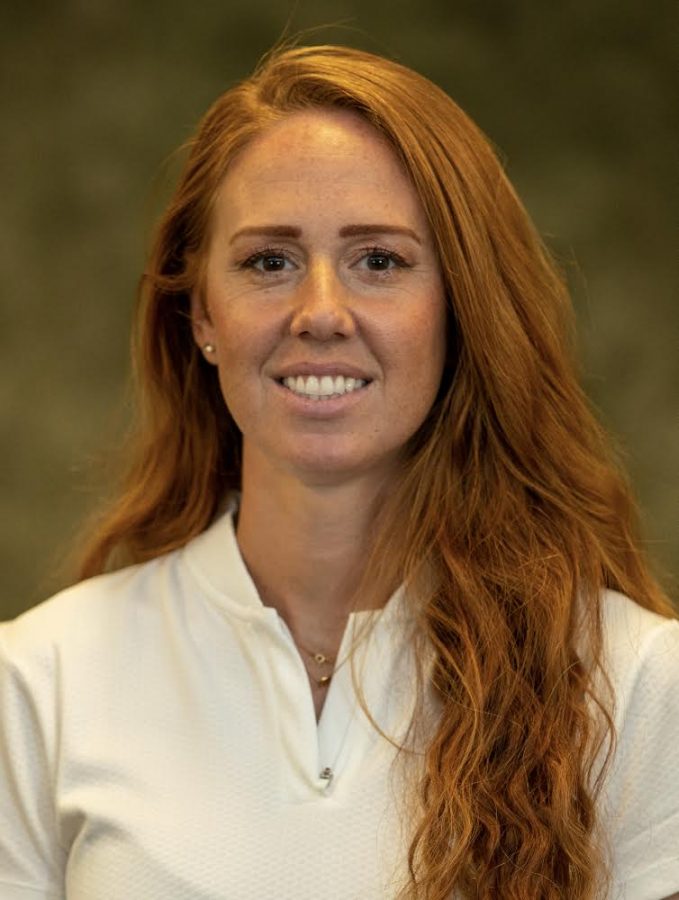 Brittanie Talley, former Vernon College coach, has been hired as the new head softball coach at Midwestern State. After coaching the Lady Chaps for the last five years, Talley displayed tremendous leadership, taking an eight-win program to their highest national rank. Talley is expected to do the same for MSU’s program. Talley, a former softball player herself, says that it helps her as a coach by knowing what the players want to hear and also what they need.

“From a coaching staff, being able to put my sport IQ and skills knowledge to use and training the future athletes. For MSU, I think a culture remodel within the softball program specifically, we want to be a part of MSU Texas, and a part of the community but we also want to represent ourselves well and have a family atmosphere within ourselves… We want to be able to do what we say we will do and back it up,” Talley said.

The previous coach, Mark Ryal, had been at MSU for the past five years and led the Mustangs to a cumulative record of 74-115. Director of Athletics, Kyle Williams, said both parties had recognized change was needed.

“The Lone Star conference is the most difficult conference in the country… at some point, you have to look at what the goals and challenges are, and at this point with a COVID-19 year and everything that happened last year, it was a tough time for all of us,” Williams said.

Williams said that throughout the strategic process for selecting and hiring, the committee recognized Talley and her familiarity in the state of Texas, her work at Vernon and her contagious energy. Despite the 24 candidates, something kept pointing them toward her direction.

“Out of the 24 candidates, you know, you’re looking through each candidate and their strengths, weaknesses, having the committee cut the list down to eight, then Skype and Zoom and… she was definitely in our top three. Again, experience and she had basically done a great job where she had been and she knew Texas, New Mexico, Colorado, all of those things. We just felt like she really rose to the top,” Williams said.

Ashley Turner (No. 5), infielder and political science senior said that she feels the program and the team need a fresh start. Turner said that Talley is already making changes that haven’t been done during her time at MSU.

“Coach Talley wants this program to be great… she is full of excitement and seems very happy with the opportunity she is getting to coach us. I am hoping that we finally become a team and start enjoying the game again… this year I’m most excited to just play softball and not have to deal with stress that I had previously felt in the last few years,” Turner said.

Along with her teammate, Daylan Inkman (No. 27), infielder and radiologic technology junior, said that from the moment she met Coach Talley, she could tell that she cares a lot about her athletes, and in general, female sports. She believes that the team has always had the talent to be successful, but that Talley becoming the new coach, is the key to the program coming together.

“I think what she brings is going to excel us as a softball program… she cares a lot about her athletes as well as the future of female sports. I am hoping to be more competitive in the Lone Star Conference. We’ve always had the team to do it but I think Coach Talley is the final piece to make us great,” Inkman said.

Upon her arrival, Talley said she planned to begin this new chapter and season with some team bonding. Talley’s strategy to kick-starting this year is by building a relationship with the girls first.

“With them moving in soon, I am just wanting to meet them and [get] to know them; getting the relationship started. We will be playing some team bonding games when we have our first team meeting, helping break the ice between the coaching staff, myself and the girls. There is a lot of new faces; I am hoping that by doing this it will open the door to allow them to see that we are going to start something great here,” Talley said.

Maddy Holder (No.9), general business junior, said that she has always admired Talley’s coaching at the junior level and is honored to have her as a coach. Holder says that the structure Talley brings is what the team needs.

“She’s very positive and tough but in a good way. She will bring the structure we need and coach us well while still being our biggest fan. I am hoping that the program makes a 180 turn and becomes a very strong competitor in our conference; I know that those are Coach T’s plans as well so I believe it will happen under her,” Holder said.