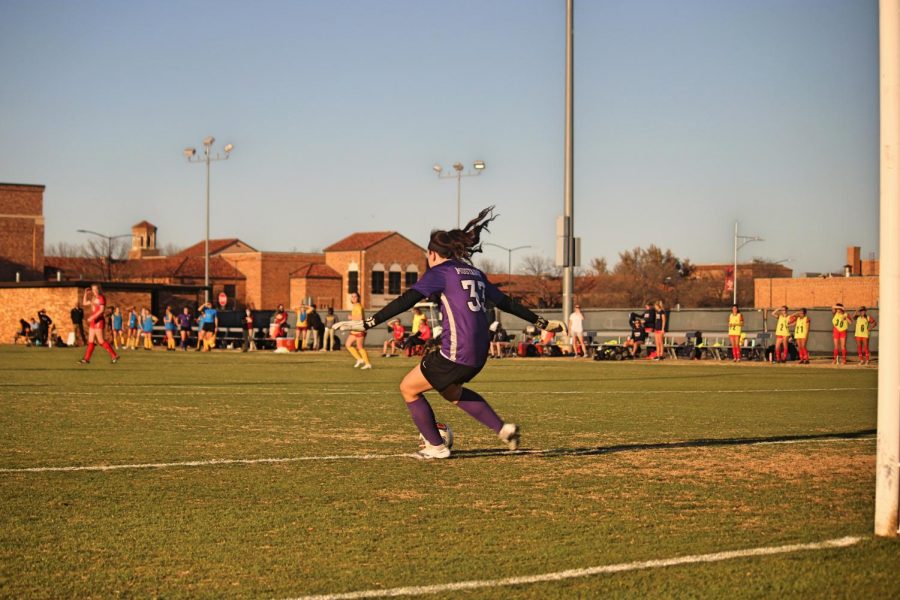 This past spring season, Midwestern State’s women’s soccer team had two wins, seven losses and one tie. The team managed to score eleven goals and average an attempt of 12.7 shots per game. In preparation for the fall season, Head Coach of Midwestern State’s women’s soccer team, Ryan Spence, said that this season the program has improved in defense.

“The improvements we’ve made defending-wise has been a little bit better even though number wise, of course with this being the spring season involving COVID, our numbers weren’t great defensively with regards to how many numbers we had, but I do think this year we had a couple of better tackles on the ball. Our team was younger this year, so they were going in a little bit quicker than some of our older ones that have been around and learned from the previous coach,” Spence said.

Despite previous years, Spence said that this year the weightlifting sessions were all year round. Although it helped, Spence said there are still other areas where the team needs to continue growing.

“It’s a little less than a low but it’s all year round. Before, we would be heavy in the spring and then not much in the fall, so we’ve taken a little bit back but have kept it more consistent through the year and I think that’s helped. But I think the big improvements on what we are needing to keep working on is speed and of course, physicality is going to have to keep getting more and more in order to compete in this conference,” Spence said.

Emma Baley (No.31), forward and kinesiology junior, said that this past season taught her that she needs to improve.

“What I think I need to improve on the most is finishing or connecting with my teammates to finish the ball. This summer I plan on going out with a few girls that will be in town to get extra touches on the ball and focusing on the things we need to improve on. I think our team struggled the most with scoring this past season; sometimes we are missing the last puzzle piece. Summer is a time to really improve yourself. Getting as much work in as possible and coming into the next season as fit as possible is super important,” Baley said.

Olivia Okoye (No.10), forward and biology junior, suffered a knee injury this past season. From sitting on the sidelines and observing the team play, Okoye said that the team needs to work on creating more opportunities to score and taking more shots.

“Once my knee is strong enough, I plan on getting my fitness level up by running and doing several sprints and also weightlifting. I also am going to work on my technical skills and practice the runs I would make as a forward,” Okoye said.

Spence said that recruitment has already taken place and the team will be expecting six or seven freshmen for the fall season.

“We have six or seven freshmen coming in and I think all of them will be able to lift our level up, we have some good technical players coming in, a couple of speed players. We are never done recruiting, so we could possibly add one more during the summer. One of the players that I think will come in and immediately make an impact is Isabella Cruz, from Pflugerville, Texas, down in Austin. She is more of a central midfielder, technical, pretty creative but good size, her physical presence has always been something I’ve really liked,” Spence said.

When recruiting, Spence said that he looks for three to four categories to determine whether the athlete will be a good asset to the team.

“Someone who is durable, in a college game you have to be durable, the physicality has to be somewhere. Speed is another aspect, the soccer IQ, whether or not the player is coachable, can they play a few positions, and then lastly is the technical aspect. Technical, physical, speed and speed of thought are kind of the four things I look for. If you have two of them, you can survive, if you have three, you will do a really good job here…so if you have two you have a chance and three is the number where I know that you will be a really good Division II player,” Spence said.

Spence said that the biggest thing we should expect to see from the women’s team this fall 2021, will be better physicality, better speed of play and a leap of leadership from previous years.