MSU Texas to return to normalcy for Fall 2021 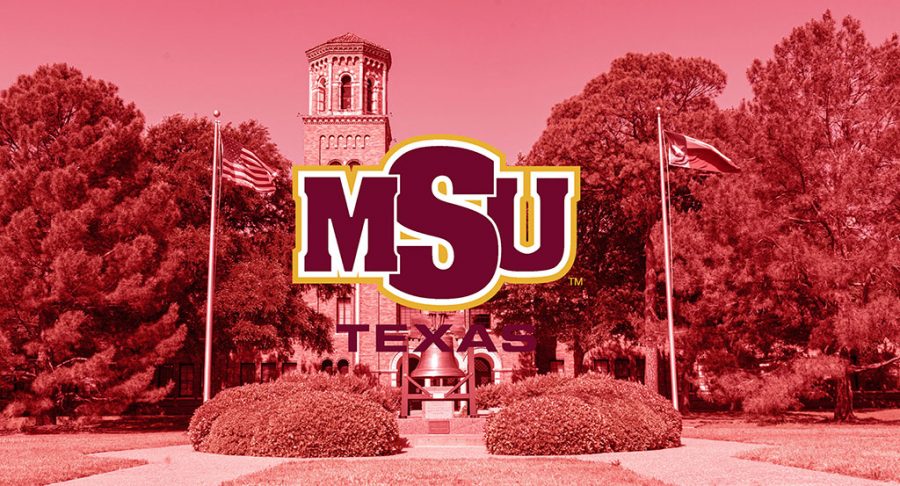 MSU Texas will be returning to Phase IV for the Fall 2020 semester, which means the campus will largely operate as it did prior to the COVID-19 outbreak starting Monday, Aug. 9.

“The reason we picked Aug. 9 is because Summer II ends Aug. 5… and Aug. 9 is the next Monday. Masks will not be required [next semester]. Certainly, anyone who’s more comfortable wearing a mask, we support, we want them to do that…. Distancing won’t be required; some classes will still do that, clearly, because the class schedule has already been published and people have already registered and all that,” Keith Lamb, vice president of student affairs, said.

A variety of factors led MSU to make this decision. Among these were the number of students tested for COVID-19 whose tests came back positive, the number of available hospital beds in Wichita Falls, the total number of cases locally and statewide and the continued rollout of COVID-19 vaccines. However, Lamb said MSU is continuously monitoring these statistics and is prepared to return to Phase III if need be.

“I think it’s important to note, and I hope it was clear in our messaging, that we’re still watching everything, we’re still watching the data and we’re still seeing what CDC recommendations are, local state and national conditions and you know, our goal is to keep the campus safe…. The other thing we’ll be looking at really closely are the number of people that have immunity, either naturally or through vaccination. That’s going to be important,” Lamb said.

In order to reach their goal of having 75-80% of the student population immunized, MSU hosted vaccine clinics with the National Guard on campus. Their distribution hit a significant hurdle when all Johnson and Johnson vaccines were temporarily recalled due to possible links to blood clots. When the vaccine was finally released again, students were less eager to get vaccinated.

“Of course, I had [the Johnson and Johnson vaccines] for four days and we gave 300+ shots and then they put up the halt on it. They halted it for 10 or 12 days, right in the middle of our prime time. They released it just in time for finals weeks. [Students] weren’t like, ‘Yeah I wanna take my calculus final, while I’m feeling sick from the COVID shot.’ We moved maybe a dozen, two dozen shots in the full 10 days after they released the Johnson and Johnson vaccine,” Keith Williamson, Vinson Health Center medical director, said.

Something that hasn’t been aiding MSU’s vaccinations efforts is that the smallest number of doses Pfizer offers at one time is 1,170, which Williamson said is a number that would most likely go to waste at MSU. However, Williamson said he recently received the good news that Pfizer plans to release their vaccine in smaller numbers. Pfizer offers a unique advantage that it is the only vaccine approved down to age 16, so it can be offered to 17 year olds visiting for orientation.

“If I can get Pfizer here, I’ve got the age advantage, the difficulty was ‘What am I going to do with a thousand doses?’ If they go to trays of 25 vials, which is what they’re planning, that is 150 doses, and that would be perfect because they last six months. I’ve got an ultra cold freezer that biology is letting me use, I can stick it in there and it’s in permafrost until I need it,” Williamson said.

While the decision to return to normalcy was made by President Shipley and the president’s cabinet, advisement and planning were provided from the Return to Campus Task Force. The task force was instructed with thinking of ways to prepare the campus for reopening and to ensure that it is flexible enough to return to lower phases in case of emergency.

“We made the announcement [earlier in the semester] that we’ll stay in Phase III through the summer with the goal of going to Phase IV without a date attached to it. At that point, the Return to Campus Task Force began working on what the runway needed to look like to get up to Phase IV because we’ve been operating at less than Phase IV… for over a year now, and so it’s not as easy as just saying we’re going to Phase IV one day and the next day we’re at Phase IV. [The task force looked at] what processes need to be put in place, how long will those take, etc…. We want them to keep the flexibility in case there’s a surge [in cases] after we go to Phase IV in case we need to go back to Phase III, so that is not burdensome on the students,” Lamb said.

MSU will look different next semester. Along with much of the preventative signage coming down, Lamb also thinks there’s a possibility the campus makes other changes, such as investing more in water bottle refill stations rather than water fountains. As for Mustangs athletics events, Lamb says restrictions such as maximum capacity and having to preorder tickets are largely out of the university’s control.

“A lot of [athletics restrictions] will depend on what the NCAA and Lone Star Conference require in the fall…. Most of [the signs] will come down. There may be some that stay. We won’t necessarily have the directional signage that say ‘exit this door,’ ‘enter this door.’ We won’t have the signs that say mask required… but I would think we’d still have signs reminding people how to stay healthy,” Lamb said.

While many see negatives to the Phase II and III restrictions, such as a lack of extracurriculars on campus, Lamb says there are positive takeaways. Among these positives, Lamb believes, are the Weekend Stampede events MSU has been hosting on campus. As MSU re-enters Phase IV, the university will be tasked with balancing events and student engagement with a renewed concern for health and safety.

“There are some things that happened during the pandemic that could benefit students going forward. The question is what are those, and how do we retain those? Student involvements looking at the question of: do we still make student events optional to attend by Zoom? They have to work through that because the question then is, will students opt for Zoom and not come out and engage with each other if you make it too convenient, right? We still want students engaging with each other,” Lamb said.

After a less than typical freshman year, the university is looking into ways to re-educate and re-orient the students who entered the university in the Fall 2020 semester and have yet to experience campus outside of COVID-19 restrictions. The project, under the working title “Orientation 2.0,” will most likely take place early in the fall semester or throughout the semester. One possibility is that the new sophomores will have online modules to complete that teach them more about opportunities and engagement on campus.

Despite the university offering vaccines throughout the summer, at every event and into the fall semester, Williamson thinks returning to campus could still be risky. He thinks a spike in cases could appear later into the semester due to student interaction with each other. Such an occurrence happened on a small scale when the number of cases on campus jumped from between zero and two to 13 due to graduation parties.

“[Going to Phase IV] is a gambler’s choice right now, because if I had evidence that 75-80% of the students were immunized, I would say ‘Heck yeah, it’s going to be fine,’ but we don’t have that evidence…. I’m hoping that once people are done with the stresses of the academic semester and they’re working at the Alsups, they’ll say ‘Ah, I should get a vaccine before I go back to class,’ because what’s going to happen if we don’t? I think we’ll be fine going into the beginning of the semester with low levels of activity… and then they’re going to get together and around October 15 to November 15, we’re gonna have a sudden surge, and it’s just going to build, because if you’re not immunized you’re dry timber for the forest fire,” Williamson said.