Taking a look at the summer’s most anticipated movies 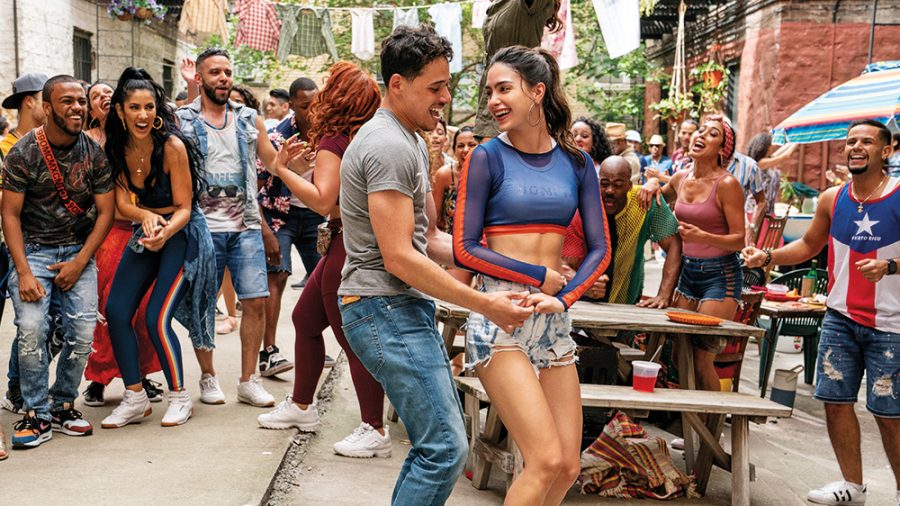 Whether they’re going back home or staying in Wichita Falls, MSU Texas students will hopefully spend some free time frequenting their local movie theaters this summer.  Not only has the film industry taken major hits due to the pandemic, but stay-at-home streaming also seems to overshadow the communal experience of theater-going nowadays.  Many movies in 2020 claimed to be the blockbuster to bring back movie audiences, but sales never lived up to the grandiose expectations.  However, with 2021 sporting a declining COVID-19 presence and a slightly normal summer, many movies between May and August hold realistic chances of boosting sales closer to pre-pandemic numbers.  Not only that, a changing Hollywood industry means more unique perspectives joining the silver screen, not just sequels, reboots, and superheroes punching people (or shooting lasers if Marvel gets really creative). With a relatively unique summer movie collection, here’s my list of movies to watch out for over the summer ranked from the ones I’m least to most excited to see.

DC movies are always hit or miss, as the company is notorious for hiring creative directors with great track records and reducing their visions to rubble.  However, with the positive reception of the Snyder Cut, a re-released version of “Justice League” restored to the director’s vision, DC might have learned its lesson and may leave its creators alone.  Suicide Squad definitely isn’t a typical superhero movie, but maybe James Gunn can pull off the same medley of action, comedy and character that he achieved in “Guardians of the Galaxy.”

M. Night Shyamalan has one of the most interesting careers in Hollywood. His breakout film was “The Sixth Sense,” a movie, to this day, ingrained in our culture for its shock ending.  After a few other movies, however, Shyamalan would go on to write and direct some bizarrely terrible movies, such as “The Happening”.  “Old” is Shyamalan’s upcoming movie about an island that rapidly ages its inhabitants.  Regardless of the movie’s eventual quality, Shyamalan will release either a great thriller or an unintentional comedy, and I look forward to both direction he might take.

Another wild card movie, “Cruella” is the origin story of the titular Disney villain. While Emma Stone is a talented actress, the film’s apparent grungy and dark tone seems to be on slippery ice. The whole idea of a villain origin story also gives off commercialized vibes, after the success of “The Joker.” I also wasn’t excited about “The Joker” before it came out, and I was surprised by how good the film turned out to be.  While I’m not expecting Emma Stone to shoot a talk show host or smother someone with a pillow, I can see this movie surprising audiences and offering a unique take on the Disney villain, which is why I think it’s worth watching out for.

While the first installment was written by a collaboration of screenwriters, John Krasinski is the sole writer/director of this prequel/sequel.  Set in the post-apocalyptic world, “A Quiet Place Part II” hopes to expand on elements introduced in the 2018 film, offering an explanation for how the deadly monsters infiltrated the family’s lives. Movies based on original ideas are hard to come by, hard to advertise and hard to achieve success with. However, this next installment offers a continuation of the original story and one I think is worth seeing in theaters.

By this point, Lin Manuel-Miranda is a household name, but at the time of “In The Heights” debuting on broadway, Miranda was just young, scrappy and hungry for a career on stage.  The 2021 film is adapted from the musical that put Lin Manuel on the map and gave the ingenuitive writer the eventual credibility required to produce the ambitious hip-hop musical, “Hamilton.”  While we’re probably years away from a film adaptation of “Hamilton,” “In The Heights” is just around the corner.  The musical adaptation follows a mom-and-pop owner in a Manhattan neighborhood, interacting with the residents and seeing their hopes and dreams manifested through hip-hop, rap and salsa dance numbers.  While I’ve listened to the soundtrack many times, I’ve only read the script for In The Heights and look forward to watching the incredible story play out on the big screen.