SATIRE: Letter to the editor – An apology to the state of Texas from the students of Midwestern State University 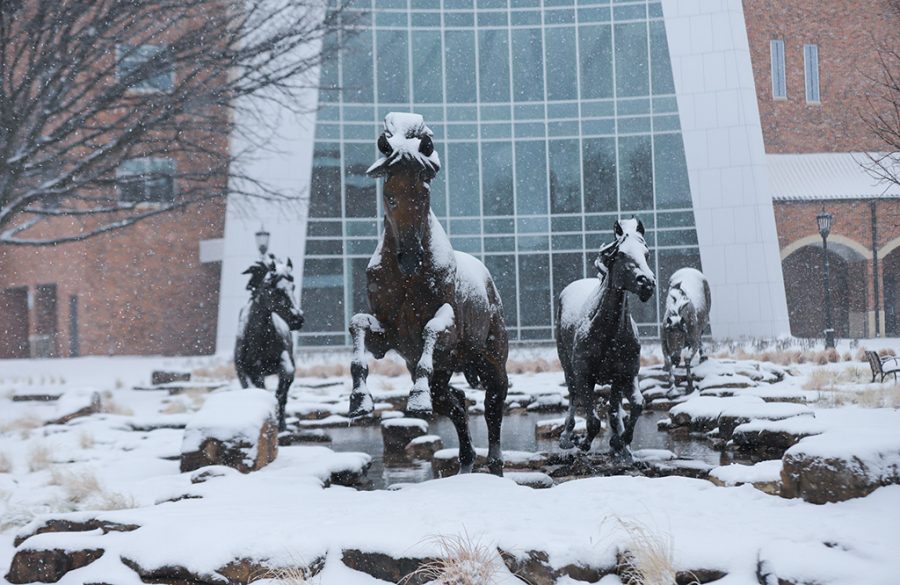 Mustang statues outside of Centennial Hall covered in snow. Feb. 5.

Dear Editor (and the state of Texas),

It is with a heavy heart and guilty minds that we write this. As you may or may not have noticed, there was a  pretty significant amount of snow two weeks ago that led to blackouts, harm and general misery. A lot of people have attributed the chaos to climate change, poor handling by the state government and Senator Ted Cruz’s desire to visit Cancun. However, the truth is the winter storm was caused by none other than us, the students of Midwestern State University.

As soon as the administration announced on Oct. 21, that they had taken away our spring break, we began plotting. If we didn’t get a break, we knew it was only a matter of time before a student goes crazy from overwork and burned down the CSC or something. Knowing that we decided to take matters into our own hands and make our own break from school.

We faked a study abroad program in Russia and spent the following months shoveling snow into a giant bucket inside a Tesla self-driving jet generously supplied by proud MSU alum Dr. Phil. Once we had finally cleared all the snow from Siberia, we flew over the southern US and started dropping snow. The ordeal was only supposed to last one day, but the autopilot on our jet malfunctioned and we were stranded up there for a week, helplessly dropping snow.

Maybe next time, the administration will think twice before taking away spring break, but for now, we apologize for the harm we caused. That was not very #StangGang of us.

The students of MSU Texas