Feminine hygiene product bill to be proposed to the SGA 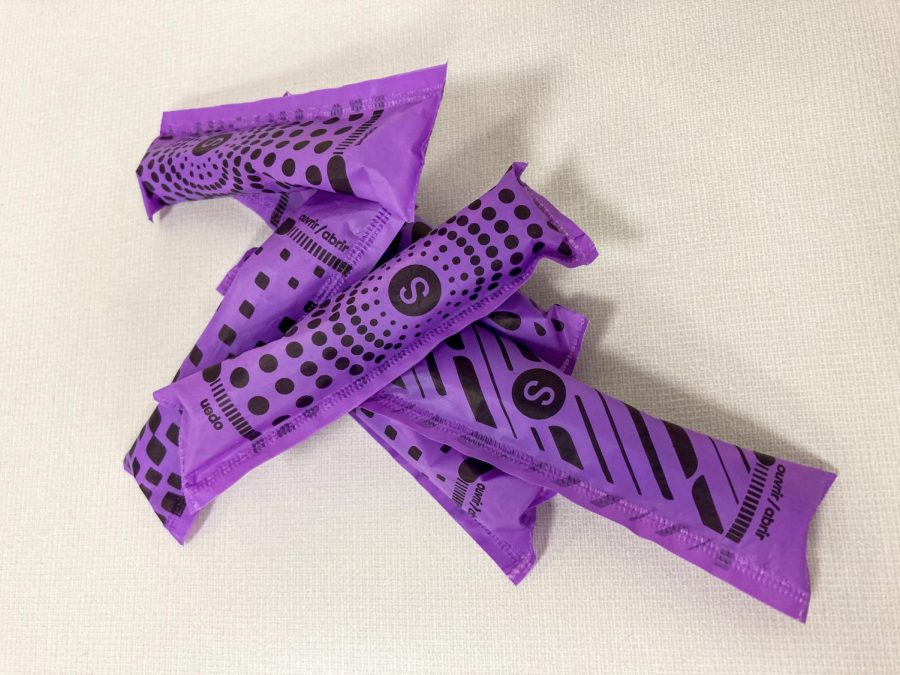 A committee out of the Student Government Association will be proposing a bill this semester to the SGA cabinet that puts pads and tampons in female and gender non-conforming restrooms on campus.

“It’s a really big step in the correct direction. Just because we’ve all gone to the bathroom at one point or another and someone has either needed a tampon or a pad or we needed one personally and just didn’t have one. I think having them available is really taking the next step in empowering [women] on campus,” Deanna Duensing, member of the SGA Campus Environment Committee and social work junior, said.

This committee is responsible for drafting the feminine hygiene product bill. The committee’s chair, Eric Queller, business management sophomore, is currently in the research phase of the bill.

“Hopefully it gets approved this spring, implemented this summer and then tested next semester, the fall and spring, then revisited in 2023 to see how that pilot program is working,” Queller said. “The ultimate goal is to have feminine products, tampons and pads, in select restrooms this first initial round.”

According to Queller, similar bills have been approved and are successful at other Texas universities such as Texas A&M Kingsville, Texas Tech and Texas State. Before MSU Texas can join them, the feminine hygiene product bill must first be put to the test.

“Since this is a pilot program bill, it will get revisited at a specific time,” Queller said. “The next campus chair will have to revisit the bill and see how the pilot program is doing.”

Austin Strode, general business junior, will be running for SGA president at the end of this semester. If he was to win, his cabinet would be the one assessing the bill after its trial phase.

“Personally, I see no reason why I would want to shut this bill down,” Strode said. “If our school can do it, why aren’t we doing it?”

Once implemented, the bill will provide free products to students from more than just one community.

“The goal is not just to put them in a female restroom but also to put them in one of the gender-neutral restrooms as well for those who don’t identify as a female but still have those issues,” Duensing said.

Duensing feels this bill would not only contribute to a need on campus but also build up MSU’s reputation as an institution dedicated to inclusivity.

“It’s another thing that shows that MSU cares, and that’s a big deal. We choose to come here, we pay tuition, we pay all this, and it’s nice to know that not only do you support and back the university but the university backs and supports you.” Duensing said. “I think that’s going to add to the feeling that you do belong here. You are accepted here. MSU wants you here.”

The Campus Environment Committee will present the feminine hygiene product bill to the SGA cabinet after establishing that it can be funded either by on-campus organizations or otherwise.

“We’re trying to find funding for the bill. We can approve it but not have any funding. Then it becomes a dead bill. I don’t want that. This is a very important bill for the student population both on-campus and off-campus,” Queller said.

Strode said he is positive that the bill’s importance will outweigh the financial stakes.

“With this bill, unfortunately, it sounds like it’ll be expensive, so it’ll be harder to pass, but I think it’ll be something that’ll get enough support to where the cost won’t matter as much in the decision-making process,” Strode said.

Queller said he and his committee members are determined to achieve this funding so students have the products they need without worry or financial burden.

“I think it should be free and it is going to hopefully be free. We’re not going to settle for anything less,” Queller said.

Duensing said this bill should encourage students to voice their concerns.

“If you see something that you think could be better, speak up, take it to the SGA [and] talk to someone who’s on a committee or on an organization,” Duensing said.

Duensing feels there is always room for the campus environment to be improved, which means there’s always a place for every student to speak out on their own experience.

“One of the things I really love about inclusivity is it’s never 100 percent achieved. There’s always somewhere to go,” Duensing said. “There’s always going to be some form of injustice or place that we can improve, so I’m really excited to not only finish this next step but see where we can go from there.”