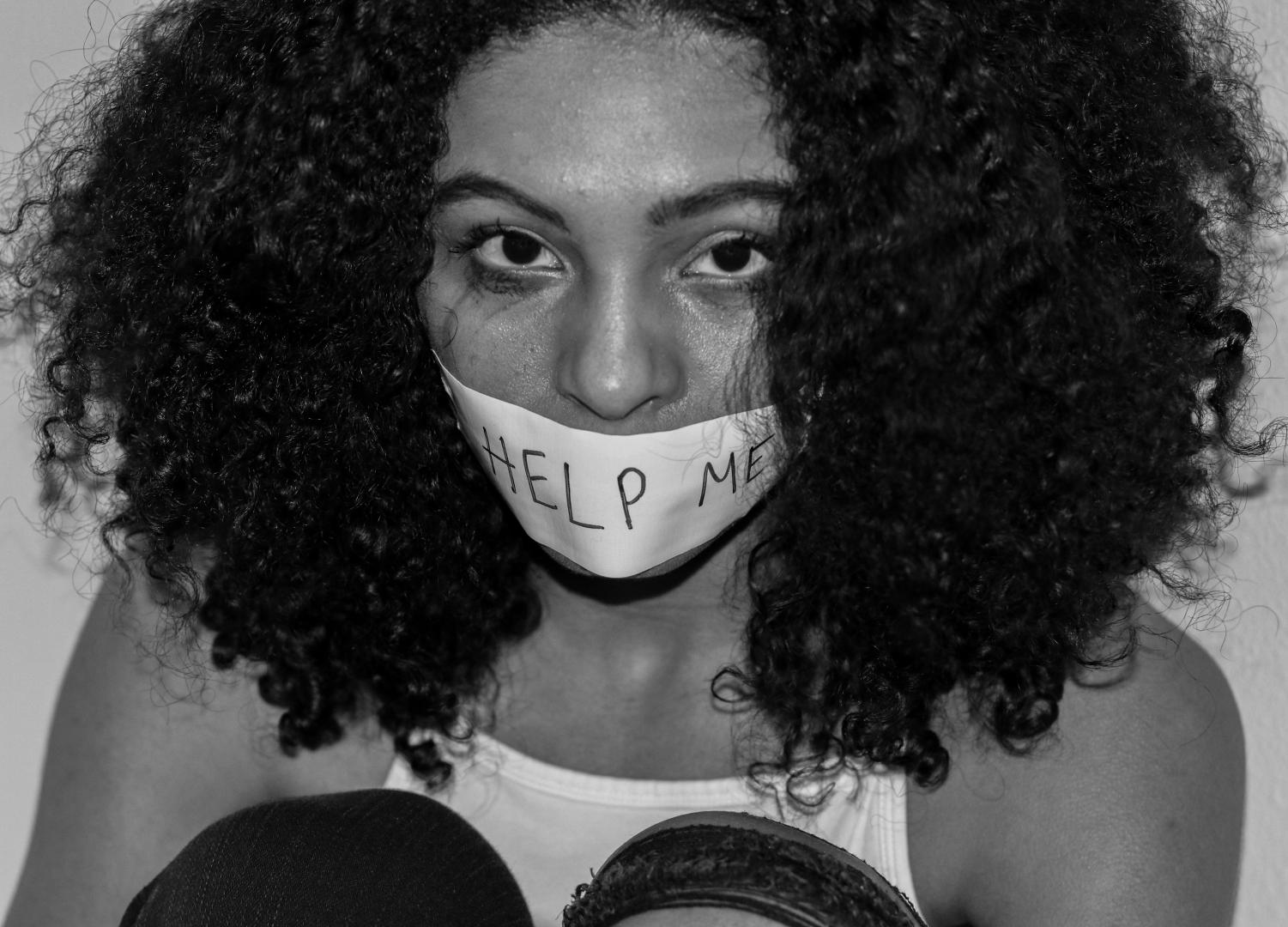 A study from the Statewide Human Trafficking Mapping Project of Texas found that there are more than 300,000 victims of human trafficking in Texas, including almost 79,000 minors and youth of sex trafficking. (Bridget Reilly)

A study from the Statewide Human Trafficking Mapping Project of Texas found that there are more than 300,000 victims of human trafficking in Texas, including almost 79,000 minors and youth of sex trafficking.

Human trafficking does not discriminate against age, race, gender, nationality Women, men and children are being trafficked right now in every corner of the globe. Modern-day slavery is often associated with developing nations far away from the United States, but human trafficking is happening in our nation, in our state and even in our county.

There are three types of human trafficking: sex, forced labor and domestic servitude.

“If someone else is profiting and it’s forced, fraud or coercion, it is human trafficking,” Catherine Earley, assistant professor of social work and Texoma Child Abuse Prevention member, said. “When we talk about human trafficking, a lot of times… your first assumption is going to be sex trafficking, but if you look at trafficking by the numbers in the state of Texas, it’s really much bigger than that.”

A study from the Statewide Human Trafficking Mapping Project of Texas found that there are more than 300,000 victims of human trafficking in Texas, including almost 79,000 minors and youth victims of sex trafficking. However, according to Earley, these numbers are an estimate.

“When we’re talking about trafficking, any numbers that we talk about, are guesstimates, at best. If you’re going to engage in something illegal, are you going to report it? No,” Earley said.

In order for the community to be able to report human sex trafficking, they must be aware of the warning signs to look for. First Step holds training presentations on healthy relationships to help educate the public.

“Human [sex] trafficking often starts out as somebody, a predator type of person, grooming a child, making them more familiar and comfortable [and] moving them into areas of bad behavior. The more they know about bad behaviors, the more likely they are to recognize those red flags of when something is not right,” Patti Mallow, program director of First Step, said.

Mallow said one location for a human sex trafficking ring was a beautiful home in a nice neighborhood, and this location was discovered when neighbors grew suspicious because of the high volume of cars parked at the house at night.

“It’s being aware of what’s going on, and if something just doesn’t seem right, act on it. I think that’s the biggest thing people need to do is to trust your intuition. If something seems not right, maybe just report it,” Mallow said.

Extensive training on sex trafficking about what a scenario may look like in the medical and social work field is paying attention to a victim-chaperone relationship.

“We see it when somebody is not speaking for themselves, when it seems that someone is handling them or speaking on their behalf, someone who won’t leave the room, someone who is close by and watching them but not necessarily interacting,” Early said.

According to Earley, in sex trafficking, pimps are often called street psychologists, because they excel at recognizing and exploiting vulnerabilities.

“[They’re] looking for vulnerabilities. Children, by nature, are very vulnerable. Children who have endured trauma are, by nature, especially vulnerable,” Earley said. “If someone is trying to exploit you, they would offer whatever you need, and once you’ve established that trust, because they’ve given you things that you need, they expect more and more in return, and this develops quickly.”

In films and television, sex trafficking is often portrayed as a victim being abducted off the street. Facebook and Twitter posts often have information circulating about how a trafficker might grab a victim in a parking lot.

“We’d like to say, ‘It’s only at the bus station,’ but in all honesty, it is everywhere at this point,” Earley said. “We have to consider what makes the most sense. [If I was a trafficker] why would I take a chance and grab a random person. When I put a zip tie on a car [for example], I don’t know anything about that person,” Earley said. “It is much easier for me to find the kid who is unsupervised and who needs some love and attention…. It’s a much bigger risk to snag someone in a parking lot, because they’re going to kick and scream, and you’re in a public place. It’s really the path of least resistance for a pimp.”

Earley had a personal example to give when it comes to grooming online.

“My kid once brought me his computer and said ‘Hey Mom, every time I play this game, this same character comes into the room and they keep dropping money in front of me or they gave me an epic weapon, and the only way to get it is to pay for it. Is this one of those weird guys you were talking about?” Earley said. “Even though my kid had parental controls locks down, the person had followed my kid’s profile. Even though my kid was set to private and couldn’t see anything that that person was doing, that person could still follow any player in that particular gaming platform. They couldn’t communicate with my kid because I had it locked down, but they could do things to earn my kid’s trust.”

One counseling option for trafficking survivors is to speak with a hotline advocate at the National Human Trafficking Hotline. First Step also has its own 24 hour crisis line, which allows its team members to work with callers to create safety plans.

Sometimes, survivors aren’t aware they had been trafficked themselves, because they thought they had a choice.

When those in crisis call, it may not be evident during the initial call that they are victims of human trafficking, because they classify the abuse as domestic violence.

When a victim calls the hotlines or crisis lines, sometimes it is unsafe to pick them up at the time they call.

“Not everyone is safe to leave at that moment when they call. We’ve had phone calls where we’ve had to talk to this person for months to help them navigate their safety plan so we’re there when they can leave,” Turnbow said. “Sometimes it takes a while, but we want to work on what’s best for them because they know the situation better than we do, and they know the perpetrator better than we do. We want to get them out of there, but we want to get them out of there safely.”

Human sex trafficking is a billion-dollar industry. Getting to the bottom of where this money is coming from could be a matter of life or death for those involved.

Turnbow and Mallow said helping people escape situations they have no control over is rewarding work, but the 14 people on staff at First Step can’t prevent crimes like human trafficking in Wichita Falls without help.

“This is going on in our community. We’ve got sexual assault, we’ve got domestic violence and we’ve got human trafficking going on with our neighbors, our people, right here. We have to step up as a whole community to bring ourselves the awareness, the education and the training we need to recognize the signs to change that in our community because 14 people can’t do it alone,” Turnbow said.