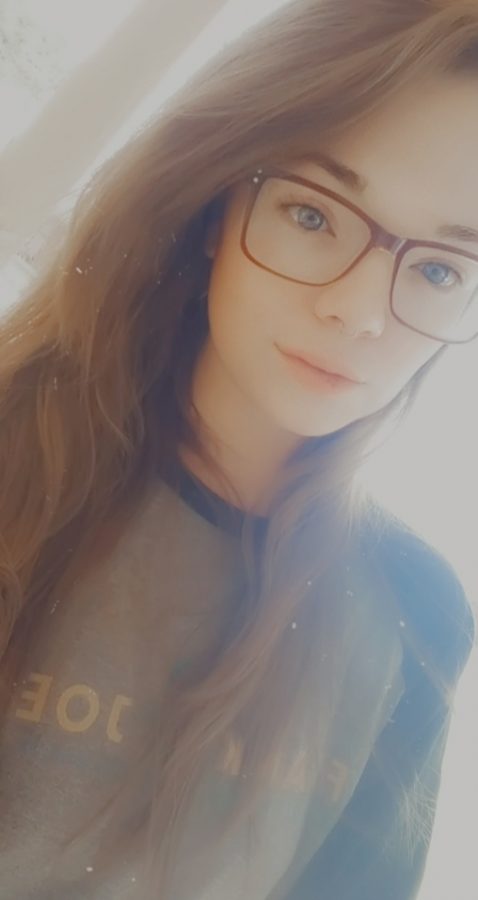 I remember the first time I began to lose weight without trying.

I was eighteen years old with a yellow rose tucked into my hair, wearing a cotton tube top above low-rise Miss Me jeans. Brad, my boyfriend, told me to strike a pose and I hesitated.

“I don’t like when other people take pictures of me,” I protested, meaning instead, I hate the way my body looks.

After a little coaxing, I posed. He took the picture and there I was: slim, no love handles, the lines of my spine stood out.

Just two years prior, anorexia had taken hold of my life for six months after my first experience with heartbreak. My life was counting: calories, minutes until I could go to sleep, times I had been caught hiding food. I lost over 30 pounds. My arms were slender. My wrists were fragile. My hip bones stood out like twin hills over the concave stretch of my stomach.

And I was euphoric.

This attempt at slow suicide was thwarted equally by my close friends and my love for melty cheese. I gained the weight back and yo-yo-ed here and there with fad diets and continued to exercise as much as possible, even utilizing the treadmill for 45 minutes before work. I couldn’t seem to achieve the same weight loss with healthy means as I did starving myself. My friends were sated, and I was safe, but I avoided tight clothing, two piece swimsuits and mirrors.

That glittering feeling of rightness came over me again when I saw the picture of me with the yellow rose in my hair. I had not done anything special. I had not attempted to lose weight. It was just happening, I thought.

What I didn’t seem to correlate with my body’s attempt at a disappearing act was my recent increase in illicit drugs such as, LSD, ecstasy and Xanax.

I eluded this factor in my brain and began to expedite what I thought to be some happy biological boost in my metabolism. I started to exercise again. I counted calories again. Before I knew it, I weighed 120lbs on my 5’9 frame.

Weight loss has been a constant goal throughout my life, one it seems I am never able to reach.
I always want more. I am never satisfied with the results. I have starved myself. I have skipped meals or eaten ridiculously small portions. I have over-exercised. I have taken narcotics knowing it would poison my body into eating itself. When the healthy methods show a modicum of effectiveness, my eating disorder always whispers how much faster it would go if I skipped ameal, or took this drug.

Body images issues and eating disorders are common. According to anad.org, about “9% of the U.S. population, or 28.8 million Americans, will have an eating disorder in their lifetime.” Eating disorders are considered mental illnesses and account for “10,200 deaths each year” a fatality rate “second only to opioid overdose.” In a poll I took on Facebook among thirty-three of my female friends, eleven women between the ages of 18 and 32 responded in the form of a comment to confirm they had used one of the following methods to lose weight: drugs, over-exercise or fasting. Seven other women contacted me on a private medium to tell me their stories, presumably to preserve their privacy.

Looking at these statistics, I have always wondered why I felt so alone in this struggle. Trying to explain my feelings to anyone seems to be met with the same response, “You’re not even fat!” And they are right, of course! There does not seem to be a lot of sympathy for this mental illness despite the fact I cannot help it.

Like any mental illness, eating disorders should be taken seriously. I have often tried to minimize anorexia by calling it a shallow insecurity or telling myself I was not eating because I was “just stressed”. In reality, my desire to be skinny, to look different is linked to powerful feelings of happiness and reward centers in my brain. It is engrained into me and only by careful and rigorous self-care, have I been able to wrestle it into restless submission.

Today, I do not utilize unhealthy methods of weight loss. My thoughts still turn to my old ways of thinking multiple times a day. The only thing that seems to have any banishing effect on the problem is to talk to someone else who struggles with an eating disorder of any kind and realizing I am not alone.

Whitney O’Brein is a former student of MSU Texas