OPINION: The best way to save America may be to break it up 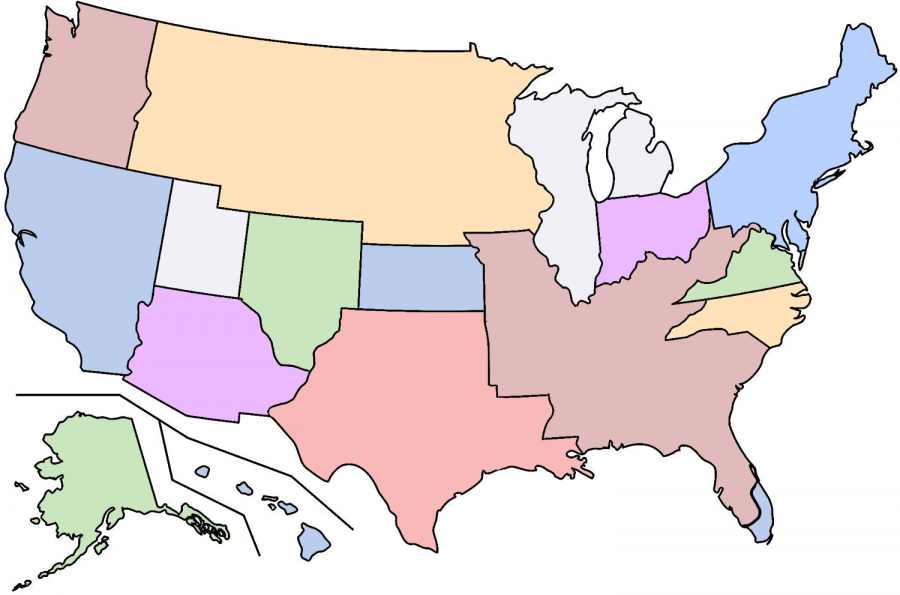 A map of some of the countries that might come out of the dissolution of the U.S.

*Columns are the opinions of their respective authors and do not necessarily reflect the views of The Wichitan as an organization.*
It doesn’t take more than a quick peek at the news to realize that the United States of America is not thriving. The nation is the most polarized it has been since the Civil War and respect for the country is declining worldwide. Instead of playing out the nation’s twilight years, inevitably ending in violent destruction, the world’s last superpower should work toward a gradual and peaceful dissolution into many, smaller sovereign countries.

The United States is huge. How huge, you ask? So large that the contiguous United States could fit 30 different European countries inside it. With a population of 328.2 million, the States is more than twice as populated as all members of the Commonwealth realm (which includes Australia, Canada, UK, Jamaica and twelve other sovereign nations) combined. The only states that compare to the US in size and population are Russia and China, neither of which has nearly as many freedoms and liberties as the US.

That sounds like a boast, right? Wrong. With all that size and all those people come drastically different viewpoints, ideologies, needs, concerns and values. While states are largely autonomous, the role of the central government in state politics is increasing every year. It makes very little sense that people who live, in some cases, thousands of miles from each other should have a say in the politics of each other. For example, there’s no reason northern states should have a say in the immigration policies of states that border Mexico just as there is no reason deeply conservative states in the bible belt should be able to stop liberal countries from adopting liberal or socialist policies.

With the divide between the nation’s left and right becoming more polarized and violent by the day, separating the US into ideologically similar countries would force the like-minded parties in these new nations to split into many separate parties with small differences instead of the two extremes parties we have today.

Despite a shared language and background, Texas is as dissimilar to California as Australia is to England. The same could be said for several United States states and regions. The most pressing concern over a dissolution is the economy, but in my opinion, the economy of all subsequent countries should continue to thrive with a free trade agreement under a European Union-style American Union. The Gross Domestic Products of California, Texas and New York state are similar to the U.K., Canada and South Korea respectively.

For those worried that potentially dangerous countries like Russia and the People’s Republic of China would run rampant in a United States-less world, I’d ask: what is the US doing to stop them now? The US hasn’t stopped Russia from illegally annexing Crimea and meddling in former U.S.S.R. Republics affairs, and it hasn’t stopped China from its cultural genocide of the Uyghur Muslims and its oppression of Hong Kong. An American Union, while perhaps not as influential, would still be able to promote the shared democratic values of the former states.

This dissolution would not be the one proposed by past politicians that splits the nation into fifty countries, leaving smaller states like Montana and Rhode Island vulnerable, but instead one where multiple states form federations with bigger states that share similar values and needs. Individual counties that don’t share the same demographics or values as their home state could hold referendums to join neighboring states that better represent them.

As a patriotic person who tears up when he hears the Star Spangled Banner and watches Independence Day every July 4, it’s sad for me to think of the USA ending in my lifetime. However, it’s even sadder to see it in its current state: a polarized state straying further from the democratic values of freedom it touts while being governed by aging hypocritical leaders who don’t represent the people they were elected by.