‘The Trial of the Chicago 7’ rouses and inspires 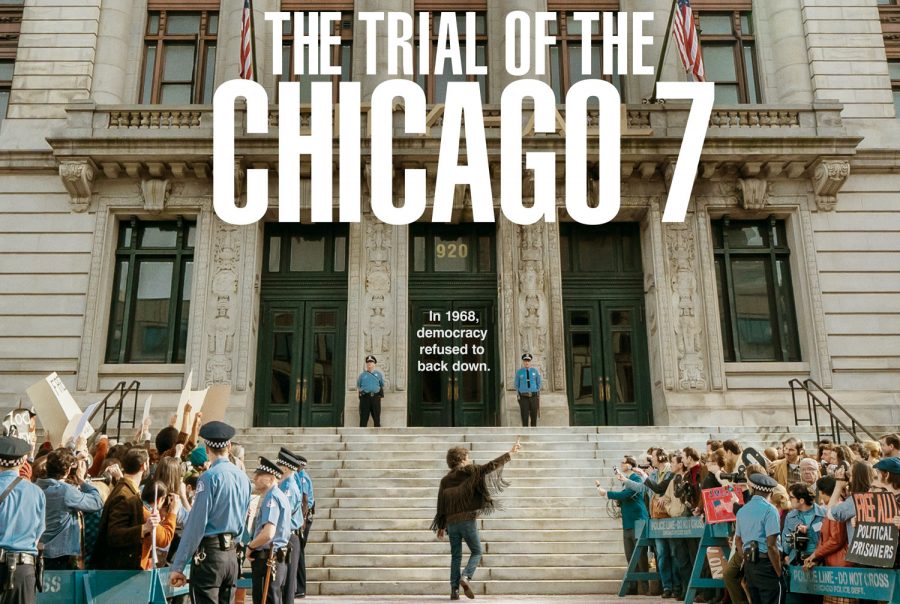 You can’t make up a story like this. Eight defendants, a caricature of a judge and the Federal Government square off in Netflix’s new drama “The Trial of the Chicago 7” which covers the trial of the Chicago riots in 1968. Writer/Director Aaron Sorkin helms the project and his trademark snappy dialogue and rousing storytelling elevate a courtroom drama to a spectacle.

The “Chicago 7” takes place in the months after riots at the 1968 Democratic Convention in Chicago. Protestors from groups such as the Youth International Party (a.k.a. the “Yippies”), Students for a Democratic Society and even the Black Panthers converge on Grant Park in Chicago. After peaceful protests devolve into unrest, eight protest leaders are taken into custody and tried as they question whether their trial is meant to be a bona fide criminal case or merely to set a precedent.

It’s hard to beat a cast like this one with big names like Mark Rylance as the defense attorney and Eddie Redmayne as one of the leaders of the defense. Yahya Abdul-Mateen II turns in a notable performance as Black Panther leader Bobby Seale who is beaten and shackled in court for protesting his lack of a lawyer. Frank Langlett’s biased Judge Hoffman is easy to hate and was my favorite performance.

The bulk of the “Chicago 7” is told in the courtroom or in the house that the defense is headquartered in, with handy flashbacks to the riots that flesh out the story. I appreciate the fact that the film lays out the context of the Vietnam War and the back-to-back assassinations of MLK and Robert Kennedy before introducing the story itself. For a story that is 50 years old, the writing still manages to deliver plot twists and build tension.

The dialogue is this movie’s strongest asset and is best shown off while the defense strategizes and philosophizes about what they stand for and their reasons for protesting. The movie tiptoes into the realm of cheesiness at times, but for the most part, it straddles the line of being passionate and rousing without feeling silly.

Of course, you can’t discuss this film without at least mentioning the elephant in the courtroom, that is, the riots themselves. “The Trial of the Chicago 7” doesn’t shy away from showing the violence of the riots between the police and protestors which bear an eerie resemblance to the footage and anecdotes that emerged from the nationwide riots earlier this summer. It felt almost a little discouraging to remember that riots and unrest have been going on for decades and the film silently prompts the viewer to take stock of the progress that has been made and the work that is still left unfinished.