Eating disorders: the silent struggle of the college student 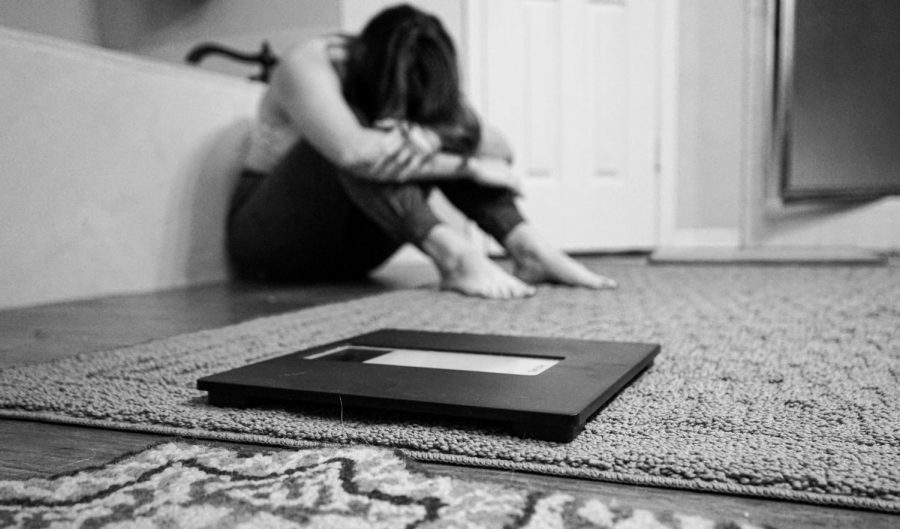 College life can be hard. You’re away from family and the life you once knew. You have a paper, two tests and a couple of quizzes due this week, and if you’re an athlete, you have practices, workouts and games on top of that. For some students, this stress along with the stress of building new friendships and relationships only amplifies the body image issues they’ve been struggling with for a long time. In some cases, poor self-image and other issues can lead to the development of an eating disorder or an unhealthy relationship with food.

Kylie Kerr, professional counselor at the MSU Texas counseling center, said students who are struggling with eating disorders should get the help they need sooner rather than later because eating disorders can be a major cause of death.

“It’s a very dangerous thing when we’re maybe not eating at all and just eliminating food or practicing binging and purging, and it destroys your body over time, so it’s really serious and can be really life threatening if we don’t catch it in time,” Kerr said. “I think athletes may be a little more susceptible just because they’re under so much pressure to maintain a certain body weight or to be healthy and stay fit enough to compete on that level.”

Jeremy Pick, strength and conditioning coach, works with athletes in football, men’s basketball, men’s and women’s tennis, women’s soccer and track and field, and he described why he thought athletes are at a greater risk for eating disorders.

“Eating disorders are usually people who are fairly disciplined and very determined in whatever it is that their goals are, which kind of fits the personality of athletes. They usually have that self-discipline to make themselves do some of the things that are classified as eating disorders, whether it’s purging or severe restriction. It takes a little fortitude to do that, and athletes sometimes fit that bill,” Pick said.

Jasmine Amo, finance senior, has been a track and cross country athlete since elementary school. At the university Amo attended prior to transferring to MSU, her coach pushed her to run between 12 and 15 miles a day.

“It was just ridiculous, and I overheard that he was doing it for me to lose weight because I’m not a smaller runner. Essentially my body could barely function because I had such high mileage because of this desire they have for us to be anorexic,” Amo said.

Lauren Tisdale, a graduate of special education from MSU in December 2019 was diagnosed with anorexia at the age of 16. However, she began struggling with those types of thoughts and behaviors since she was 11.

Kristin Tempelmeyer, who graduated from MSU in May 2020 with a degree in mass communication, said she was a disordered eater during her first few years in college at a university six hours away from home. The university was smaller than MSU, and it had very limited and unsatisfactory dining options. During this time, Tempelmeyer also had volleyball practice from 6:30 to 8:30 p.m. The cafeteria didn’t open until 6 p.m., and she was supposed to be at practice 30 minutes early.

“I started making a habit for myself of [eating] after practice, and that was the only time that I ate because that was the only time I left my room was to go to practice. Then I would go eat, and I would go to McDonald’s, and I got two breakfast burritos and a caramel frappuccino,” Tempelmeyer said. “I just didn’t eat, and my body got used to it. My stomach started shrinking, so because of the way that I was eating, I was losing the weight that I wanted, and I liked those results.”

Pick said coaches need to be tactful in how they talk to their student-athletes.

“If a coach maintains a positive coaching style, usually there’s less pressure on those athletes to be overly concerned about weight or how they might look…. I’ve seen coaches say, ‘Hey you look like you’ve put on a few.’ You’ve just got to be really careful in how you address certain things,” Pick said.

Dianna Wilson-Jones, assistant coach of women’s basketball, said she was glad one of her players was comfortable with confiding in her.

“I actually had a player. She came up to me, and she was like, ‘I’m having difficulty, and I think I may have an eating disorder,’ which I’m glad that she was confident enough to come to me without any judgment. Most athletes try to go to their friends or try to deal with it on their own, so for this player to come up to me was a big thing for me,” Wilson-Jones said.

Amo said coach pressures contributed to the development of her eating disorder.  She said athletes look up to their coaches, and what coaches say about their athletes can really have an impact.

“When I was a senior in high school, I was looking at some D-1 [schools] outside of Houston, which is where I’m from. I run steeplechase as one of my events, and one of [the coaches there] told me, ‘Yeah we think you’d be great in the steeplechase because your legs are like horse legs. It’d be great because you’re sturdy enough to go over those barriers.’ And I don’t know I’m just always self-conscious,” Amo said.

Although it is discussed less, men struggle with eating disorders as well. Kerr said the approach for helping someone through an eating disorder does not vary based on gender.

“Men are very misrepresented in the perception of what eating disorders look like. It’s non-discriminatory. It affects both, from what the research shows, and reading about it, men just don’t report as often. They’re not seeking help for it as often as women are. That may be just a stereotype thing or a societal thing that says men aren’t allowed to have body image issues, but they do. They struggle with it just like women do, so I think it is the same for both men and women,” Kerr said.

Pick said the process for urging men to seek help for unhealthy relationships with food doesn’t look different between his male and female athletes.

“If you’re really invested in establishing a relationship with the kids that you coach, regardless of whether it’s a male or female, you can have an open and honest discussion. Ultimately it’s always going to come back to the actual value of body weight or some aesthetic appraisal. If they know you care, and you have open discussion with them regularly, then you can engage the tougher talks. If you don’t have that it can be very very difficult,” Pick said.

Pick said he thinks eating disorders may be just as prevalent in male athletes as they are in female athletes.

“It can be very similar with football players. I’ve got football players that were large tough men, and they get in similar situations. Coaches would start telling them how much better they would be if they lose weight, and you see the same thing,” Pick said.

Kerr said social media helps promote body dysmorphia, which is when the image people see of themselves in the mirror is very skewed from reality and how others see them.

“[Social media is] so propagated. It’s everywhere, this ideal image of what people are supposed to look like and how they’re supposed to act, and it’s kind of like we’re exposed to it all the time, so it sets this really impossible standard that people think they have to be that. I think that does make us more aware of our own bodies. We criticize ourselves about every little thing because we’re trying to meet that standard,” Kerr said.

Tisdale said on her social media page, she used to follow fitness accounts that posted their workouts, their meals, and their toned bodies. Now she doesn’t follow fitness accounts unless they’re more body positive and focused on enjoying the sports they play rather than losing weight. She said making that social media switch has helped her, and she also follows a few people who have posted about their experience with eating disorders.

“I kind of fell into different accounts, and it’s been nice to see people who are like ‘I came out on the other side of my eating disorder, and now I function like a somewhat normal person and can enjoy food and exercise,'” Tisdale said.

Tisdale said when she first moved to Denton, she didn’t know anyone, and she didn’t feel fully prepared. When she moved back to her hometown Wichita Falls, she began to heal because she was able to be somewhere familiar. The move also allowed her to return to her support group and the therapist she had been seeing for years. She said around the age of 21, she began to feel recovered.

“I don’t know if you ever fully recover or not, but I think there is a point in time where food is not the only thing you’re thinking about. Now that’s not on the forefront of my mind all the time, which is nice because now I’m able to be social and not worry about things. I’m able to build healthy relationships with people,” Tisdale said. “I definitely think having someone to talk to was huge because of course my parents listened, and my friends would listen, but they didn’t really understand.”

Amo hesitated to give advice on recovery in the form of a blanketed statement because each case is different.

Tempelmeyer said she started building healthier eating habits when she transferred to MSU, partially because she was getting up before 6 a.m. to work out, which kickstarted her metabolism and made her want to eat. However, she sometimes still struggles with remembering to eat regularly because of the habits she made for herself in those first few years of college.

“I was very depressed at my old school just because of my surroundings and my circumstances, and it wasn’t what I thought it was going to be. When I transferred, it was like a culture shock. It was like a whole new life that I was living. That definitely helped me see, ‘What you’re doing now isn’t okay,'” Tempelmeyer said.

Kerr said she encourages students to reach out to the counseling center with anything they might be struggling with.

“Reach out. Call the counseling center. If it’s a friend and maybe they’re too nervous or scared to talk to someone, be that person that connects them with resources. Walk them over here. Call together. Come talk to us,” Kerr said.