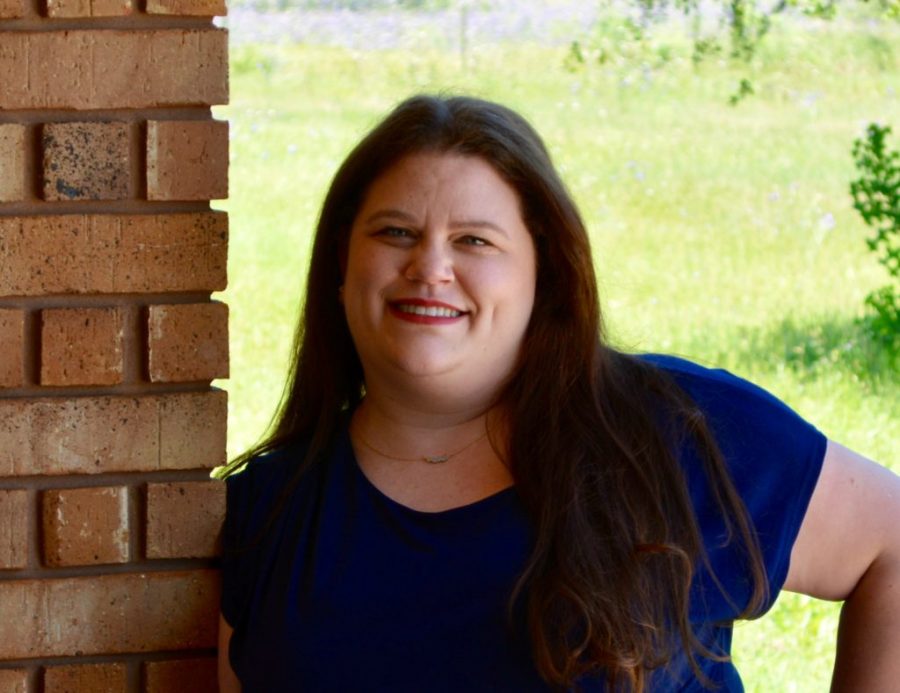 After operating without a Title IX coordinator since December 2019, MSU Texas has found the woman for the job in licensed counselor and longtime Mustang Laura Hetrick.

Those who have visited the Counseling Center will have likely seen Hetrick before, as she has held a position in the Center since 2016. During that time, she worked with multiple Title IX coordinators and helped with multiple programs for the campus community. When the Tile IX position opened, Hetrick saw it as a way to continue her work with students while bringing about change at the university.

“I’ve worked at MSU since 2016 in December, and I started off in the Counseling Center . . . and I’ve been in the counseling center since then. I worked closely with the Title IX position in the counseling center, and I helped out with our sexual assault response team, our programming on campus for sexual assault awareness, how to report and helping programming for students here on campus, faculty and staff. When the position was posted, I applied. I decided that I thought it would be a really good way to work with students and to help bring about change on the campus,” Hetrick said.

Hetrick’s Mustang roots go back further than her tenure as a counselor. Years after graduating from MSU with her bachelor’s degree, she returned to the university to receive her Masters in Counseling. She applied for the counseling position at MSU because it offered her the chance to be around a university setting while counseling full-time.

“I got my bachelor’s from [MSU], and I also got my masters from here. I had come back to school after, I don’t even know how many years of being gone, and completed my Masters in Counseling, and I was looking for a counseling position that would allow me to counsel full-time. When the position at MSU came up, I applied for it because I really like the university setting. I like working with college students, and I was really excited when I got it,” Hetrick said.

Before working at MSU, Hetrick gained experience working for CPS, a job that she spoke highly about.

Hetrick is replacing Rachel Fornof, who left the position in early December of 2019 after her husband relocated to a different part of the country. Fornof implemented several programs, including Take Back the Night,  that Hetrick believes sets MSU up for success.

“Rachel gave us an unbelievable foundation when she came into the Title IX position. We were really sad to see her go, but she left us in a really great spot. I love the fact that we have Take Back the Night, and unfortunately, we weren’t able to do it this past April because of COVID. I like the programming she does with RA’s and Hall Directors to break in resident’s life and to make sure they have certain knowledge and tools that they need for on-campus and whoever they might be interacting with [outside of campus]. I also like the fact that she did some [work] focusing on domestic violence,” Hetrick said.

Hetrick takes the Title IX coordinator role during unprecedented circumstances. She will be the first coordinator tasked with adapting to restrictions and changes due to COVID-19. She hopes to adapt by having year-round small group programs that meet consistently.

“Right now with our new programming, one of the main hurdles is trying to see how that’s going to look with COVID-19 because we want to be sure we continue our programming but then also keep everybody safe. My main focus right now is I want to be able to have programming that goes throughout the year, not just certain times of the year. So, maybe [we’ll] do some programming that is with smaller groups but meets more consistently. Hopefully, that will kind of help me meet the needs of the campus but also meet the needs of what we’re needing to do for health and safety purposes right now,” Hetrick said.

Students who lived on campus last school term or visited a campus restroom during that time are likely already familiar with Hetrick’s work. She was on the task force that came up with putting small posters in bathrooms and stickers on bathroom mirrors. The topics of these decorations included: what a healthy relationship looks like, sexual assault statistics and instructions on who to call and report to if you are a victim of sexual misconduct. They were inspired by stickers on restrooms in hospitals that tell victims how to get help if they are in a dangerous situation. Hetrick also believes that with the increase in handwashing due to COVID-19, these messages are reaching more of an audience than ever before.

“It was a task force that I was on; we came up with [the posters] and with the stickers that are on the corners of the bathroom mirrors on how to report [harassment or abuse]. The hope is if you are in a dangerous situation and if you do have an opportunity to be alone, there’s a good chance it’s going to be when you have to go to the bathroom. Maybe that might be your only chance or [it might be] a second to grab some information to be able to go, ‘Okay, that’s who I need to call.’ Also, it’s a good idea to have it up on the mirrors while everybody is counting to 20 while they wash their hands; it gives you something to read while you’re sitting there washing your hands seven times a day. We were trying to come up with creative ways for students to see the information, and also ways we could change it out on a regular basis,” Hetrick said.

Along with navigating a pandemic, Hetrick is also tasked with tackling a new set of laws that change the Title IX regulations. Click on the link to hear from Hetrick about what these new changes mean for students.

“The notice [about the laws] came down on May 19, and they have to be in effect by August 14th. We’re working on it, and luckily we’ve had a lot of people that we can ask for help, and to kind of see what the regulations will be, but it has been a lot to cover,” Hetrick said.

Despite all the changes to Title IX, Hetrick stressed the importance of continuing to report instances of sexual misconduct. For those that choose not to officially report, Hetrick said she will still be available to help in other ways.

“If you think that something might be a Title IX issue, make the report, call the office. I will be more than happy to talk to you, and we’ll walk through it and we’ll see what needs to be done. Even if someone does not want to make an official report, or they don’t want to do an actual investigation, I can still help them with resources and help them find out what’s in our community [and campus] that might be helpful to them,” Hetrick said.