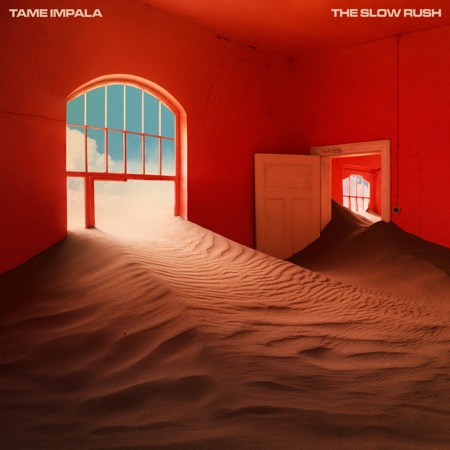 The Slow Rush is Tame Impala at his finest

The Slow Rush is the fourth studio album by Australian born producer and songwriter, Kevin Parker, better known by his stage name Tame Impala. The Slow Rush comes five years after Tame Impala’s last release, which was Currents, an album that went on to win Best Rock Album and Album of the Year at the Australian Recording Industry Awards. The album is a total of twelve songs for 58 minutes of “psychedelic pop” which is honestly the best way to describe the music of Tame Impala.

As is custom with his albums, The Slow Rush has no featured artist in it and had all lyrics written, sounds mixed and songs produced solely by Tame Impala himself. Tame Impala stresses that the over-arching theme and focus of the lyrics in The Slow Rush, is time, something he points out and the name of the songs help to elude to. The fact that the theme is time is actually quite ironic, seeing how it took five years for Tame Impala to release his fourth studio album. In between the time of Currents and The Slow Rush, Tame Impala has gone on world tours, headlined at music festivals and worked with the likes of Travis Scott and Kanye West (who both have dropped multiple albums in that span). When asked why it took him so long to release the album, Tame Impala explained that it was meant to be dropped just before he headlined at Coachella last April but he felt it was not finished, thus leading to the album’s release this past weekend. If this is your first-time listening to Tame Impala I would highly recommend listening to his third studio album Currents before listening to The Slow Rush.

Tame Impala continues his nearly trademarked sound of groovy psychedelic indie pop-rock in the entirety of The Slow Rush. Never one to lay low with the use of auto-tune or synths of every range of variety, The Slow Rush is indeed completely on-brand for Tame Impala. The album is extraordinarily crafted, and you can tell just by listening that the five-year wait for The Slow Rush was well worth it. Tame Impala creates a musical masterpiece in album form bringing together every sub-category of indie-pop, house and adult-contemporary R&B music. Tame Impala’s sound has not changed but the curiosity and change in his music are very much evident in The Slow Rush. On a scale of one-five with five being the best, I give The Slow Rush a four.