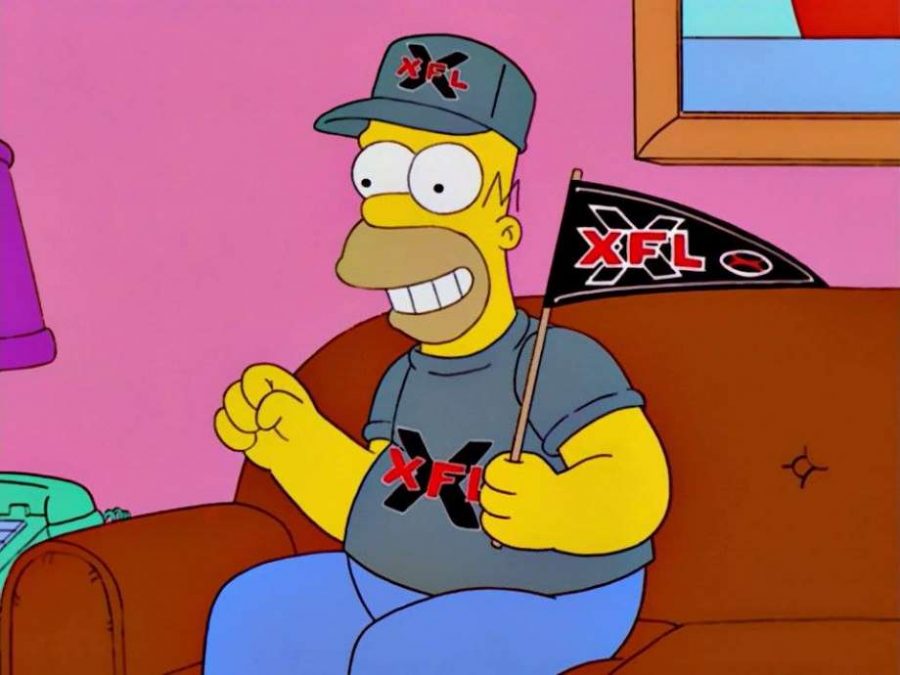 Homer Simpson cheers on the XFl. Photo courtesy of Reddit.

College students around the nation opted to watch the new XFL football league over the democratic presidential candidate debates.

When college students had to choose between learning more about what leaders might be running their country or watching a semi-professional football league filled with washed up NFL players, the choice was obvious.

“I’m sure somebody else will vote for exactly who I want them to, but they can’t watch the game for me,” Chad Broham, recreation and leisure senior, said.

The XFL boasted exciting action on its opening weekend with the New York Guardians beating the Tampa Bay Vipers in a 23-3 nailbiter and the Seattle Battlehawks beating the Dallas Renegades in a 15-9 shootout. The Iowa Caucus and New Hampshire debates didn’t even combine for a single touchdown.

“Yeah, I don’t know what a coccyx is, but it can’t be more fun than a couple of former NFL backups beating the tar out of each other,” Deborah Longbottom, pop culture sophomore, said.

With straight-ticket voting in Texas outlawed starting in 2020, many experts thought young people would actually learn the candidates and their policies. Those experts obviously never watched a weekend full of low-quality football.

“I mean as long as it’s not Trump, anybody’s fine right?” Dan Outtadaloop, nautical archaeology junior, said. “It’s not like all these candidates have different policies and opinions that could drastically shape the nation in different ways or anything.”