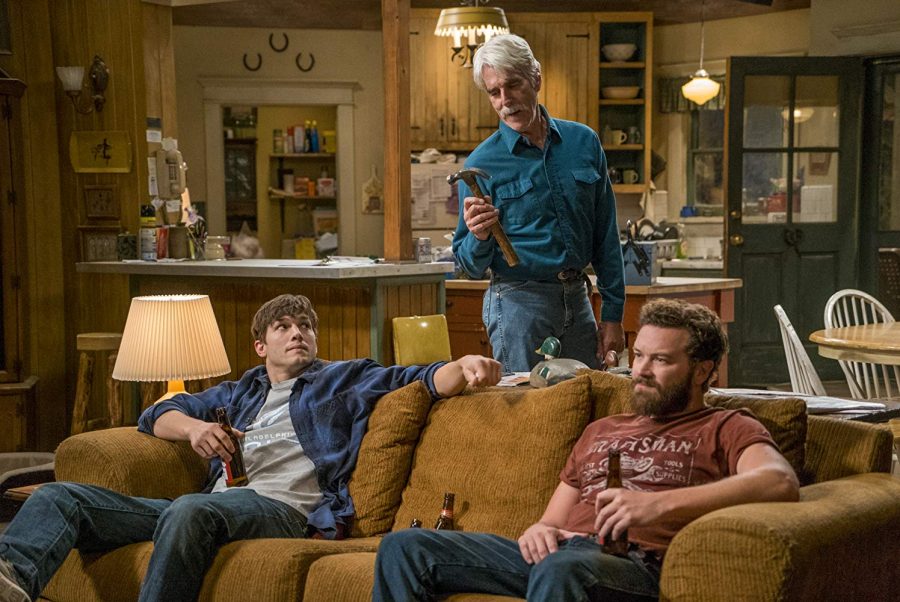 Ashton Kutcher, Sam Elliot, and Danny Masterson in The Ranch (2016) courtesy of IMDb

Netflix’s original “The Ranch” presented its series finale after 80 episodes of family drama, relationship problems and the risk of losing a family ranch. The Bennetts discover how a family can overcome setbacks regardless of what tries to break them apart through a good laugh and a beer to drink.

When Colt (Ashton Kutcher) returns home to Colorado after a failed attempt of a semi-pro football career, he joins the family ranching business with father Beau (Sam Elliot) and brother Rooster (Danny Masterson). With the constant threat of losing the Iron River Ranch to cold winters and selling their cattle, a major ranching company named Neumann’s Hill begins to buy out local ranches to add to their monopoly. While trying to get back into the flow of ranching, Colt struggles to earn Beau’s approval due to Colt’s immature nature and lack of ranching skills.

Colt and Rooster often spend their time drinking or getting into trouble with past acquaintances at the only bar in town which happens to be owned by their mother Maggie (Debra Winger). Colt’s ex-girlfriend, Abby (Elisha Cuthbert), runs into him at the bar where Colt discovers he is still in love with his high school sweetheart. Just like Beau, Abby doesn’t approve of Colt’s constant immaturity.

With Ashton Kutcher and Danny Masterson as executive producers, it is only natural that a few of their former cast members would show up. “The Ranch” can be described as “That ’70s Show” meets country western due to not only the laughs and southern environment, but many actors who were on “That ’70s Show” make character appearances. Known as Red, Kitty and Fez from “That ’70s Show,” the actors Kurtwood Smith, Debra Jo Rupp and Wilmer Valderrama turn into drunks and ranchers in a small Colorado town. As someone who has seen every episode of both “That ’70s Show” and “The Ranch,” there is a shared vibe between the two shows.

I always recommend this show to people from small towns because it is relatable, not necessarily about ranching, but rather the hometown life of ever-changing friends, alcoholics and football running the town. The show reminds me of when people return to their hometown after high school to realize how everyone’s lives have changed. Although I do not directly relate to the cowboy aspects of the show, I feel at home when I watch “The Ranch” because it is like watching a show about my hometown.