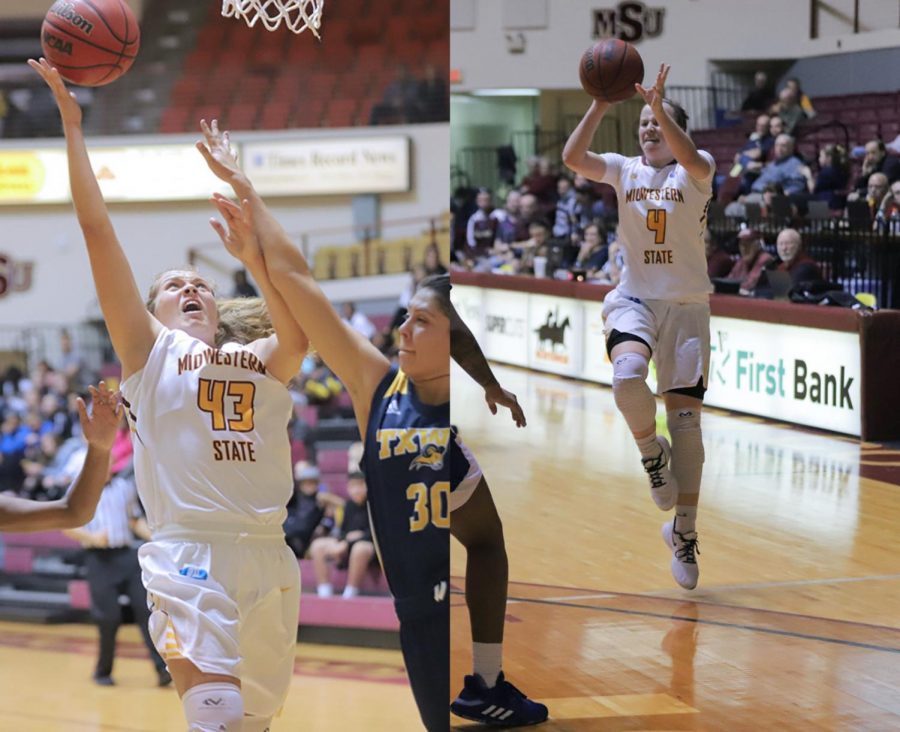 Elizabeth Cathcart (No. 43), forward and marketing senior, never knew she would one day become a collegiate basketball player, and now, she stands strong on the court as a Mustang. Cathcart started playing basketball as a child in her driveway while watching the UT women’s basketball team on television. She was given the opportunity to play Amateur Athletic Union basketball, but things did not start to click until after one of her close friends passed away during her sophomore year of high school. Basketball became a safe haven for Cathcart.

“When I was on the court I would forget about everything, all that Adrenaline, you’re just in the moment. So that’s when I got basketball to get me out a dark place and push me to keep getting better and not to give up. You just fall in love with the process,” Cathcart said.

All of Cathcart’s dreams and expectation of collegiate basketball came to a halt after seriously injuring her ankle during senior year of high school. Unfortunately, her ankle was not able to heal in time for her freshman season and caused her to redshirt.

Amid a tough recovery, Cathcart was not able to practice or work out for three months.

“I had to stay off it completely. So I got depressed. You’re five hours away from home. The thing with injuries, they don’t see how many hours you put in the weight room, watching film, watching the sport on TV and getting out there to practice. When you have your whole world around that and now you have to stop, you don’t know what to do with your time. For me it was my grieving outlet, it was how I vented and coped with things,” Cathcart said.

Fortunately, Cathcart had an army behind her to help her fight through the storm. She was able to lean on her teammates, coaches and athletic trainers. However, her journey was nowhere near over. Cathcart developed impingement syndrome in her ankle the following year.

“My redshirt freshman year, I had to play with my ankle the whole year. [I took] 800mg ibuprofen, oral steroids, cortisone shots, you name it. Again, I started to get depressed because I can’t play four years like this,” Cathcart said.

Cathcart and the athletic trainers were able to find a successful surgery solution, and Cathcart underwent a full recovery and was ready for next season. Hopes were high as Cathcart started her redshirt sophomore year, but no one expected another storm to come.

“Seventh game I broke my back. My L5 and slightly bulgy disk. That’s when I’m just sitting there, asking if I’m supposed to play basketball. I’m in complete disbelief about it, too,” Cathcart said.

The injury left Cathcart speechless toward her teammates, families and herself. With nobody else to lean on, Cathcart took on a new hobby.

“I started cooking. I told my mom that I’m canceling the meal plan and just going for it. She thought I was crazy, but I’m making enchiladas now,” Cathcart said.

Through all the highs and lows throughout her career, Cathcart chose to look at the bright side.

“You learn so much about pushing through and persevering. It’s preparing me for life,” Cathcart said.

Not only is Cathcart deciding to look up, she is able to to look up to her Head Coach Noel Johnson as she battles cancer.

“She tells us everything she went through as an athlete has prepared her mindset for battling cancer. She attacks it like she did when she played. To have her as a role model and other teammates around me through the injuries, it’s a blessing,” Cathcart said.

Comeback kid Cathcart is back and dominating her senior year. Even though she is close to walking the stage, Cathcart keeps pushing to lead her team with character and hard work.

“I want to keep being an example for my teammates on what it means to be dedicated to the grind and fall in love with the journey,” Cathcart said.

Mica Schneider (No. 4), guard and finance senior, also started her basketball journey in her driveway, shooting around at the age of five. She said Tim Duncan and the San Antonio Spurs were her biggest influences. However, Schneider didn’t realize her own potential until eighth-grade, after she received her first college letter.

“That was reality: that I can actually play college ball. That was the first time I got exposure to college scouts. It was kinda surreal,” Schneider said.

At first, being recruited by college scouts felt unreal. Now, Schneider works to lead her team to victory, even through personal adversity.

“My senior of high school [and freshmen year], I tore my ACL, and I had to recover from that. Reality hit that I’m not 100 percent from that; I’m not as fast, I’m not as athletic I used to be,” Schneider said. 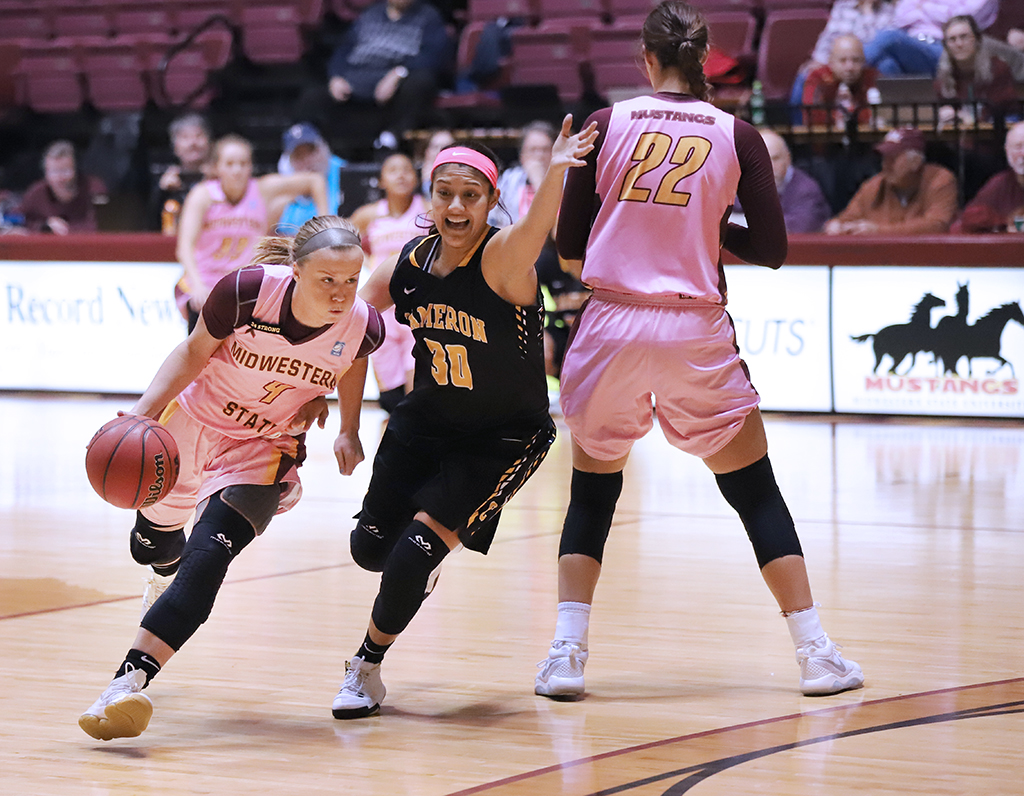 As Schneider passes through obstacles, she looks forward to unexpected upsets.

Schneider leans on her competitiveness to keep her motivated

“My competitive spirit is what pushes me. I don’t like losing and never have. I’m so competitive that I try to beat everyone at everything, ” Schneider said.

Schneider gives credit to her dad, who taught her to never be content at where you are at.

“He would always make sure I wasn’t complacent, and he would push me to practice more and tell me how it is,” Schneider said.

She continues to push forward in practice and works hard to be the best that she can be for her team.

“I realized that I was not the best at the time, and I want to be the best. So I strive to be better. I don’t like losing, and it’s a horrible feeling. I will do my best to be better and make our team better,” Schneider said.