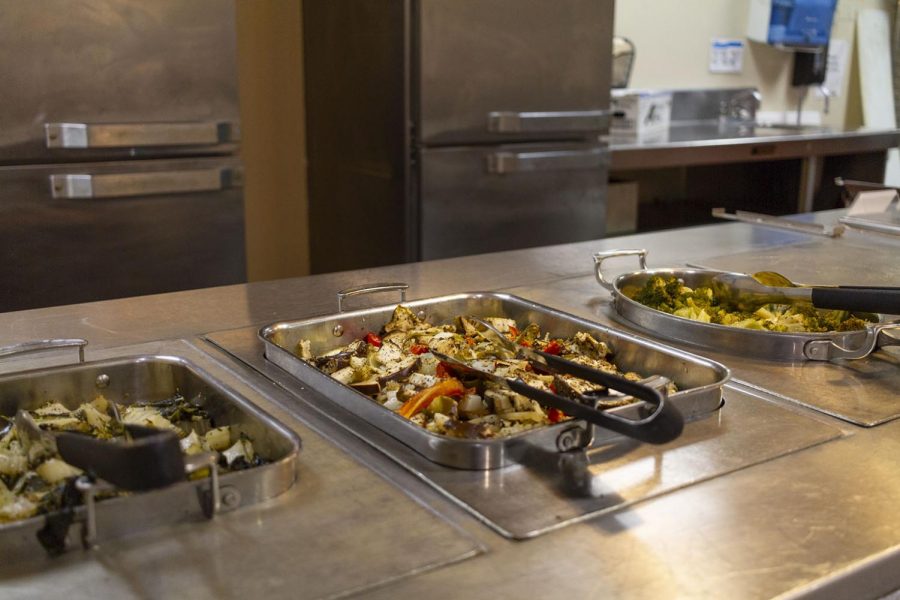 Midwestern State University, like most universities, requires its on-campus residents to buy a meal plan to ensure that all students eat and stay healthy. Students are given a variety of meal options that caters to all the different diets, but there has been several students that feel that MSU does not properly accommodate the vegan diet.

The lack of vegan options has been one of the biggest complaints from students. Other universities of the same size like Texas Women University and West Texas A&M University, have little variety too. These schools have about three different vegan entrees, which do not accommodate the students’ needs, and the students are still required to pay for the food they cannot eat.

“Sadly, I had to get a meal plan. It was horrible. I went to all of the departments to get it changed, but I couldn’t,” Sabrina Ayala, business sophomore, said.

All students living on campus are required to buy a meal plan because there is no guarantee they will eat without it. Some students have felt the meal plan was unnecessary, especially if they do not use it due to lack of variety.

“They can do more dishes because there is no nutritional value in any of the food they are feeding me. I became vegan for the health benefits, yet there’s nothing healthy here for a vegan to eat,” Kurylas said.

Another complaint has been the lack of nutrition in the food served in the cafeteria. Students do not feel they are being served food with the best nutrition which goes hand-in-hand with the variety of food available. If there are not multiple choices of food, students are not able to have a full healthy meal.

“I’m not gonna opt-out and eat a salad because I don’t eat salads. There’s no real nutritional value in just having iceberg lettuce with a couple of cherry tomatoes on it,” Ayala said. “It does nothing for me and sure, I can probably season it with Italian dressing, but what would that do? Where’s the nutritional value in that? It’s just a bunch of oil.”

Salads make up the majority of the vegan menu, but vegan students eat more than just salads. When looking for other options outside of the cafeteria, MSU has Maverick’s Corner and restaurants such as Burrito Bowl, Chick-fil-A, Grill Nation, Starbucks and Einstein Bros. Bagels.

“They tell you to go to Burrito Bowl… that’s a meal swipe, which is one time a day. I go to Einstein’s because it is basically the one thing I can eat. But going there every morning and having to sprint to class just so I have something in my stomach that doesn’t require me to go to Burrito Bowl or Maverick’s. I can’t even hold a Maverick’s sub without it having grease on it and eating grease every day isn’t healthy for you,” Ayala said.

There are multiple food chains within the campus, but very few cater to vegan students. TWU and WTAMU also have food chains on campus, but the options these schools offer are more vegan-friendly with restaurants such as “Which Wich Superior Sandwiches” and “The Green Table.” Not only are the vegan options within the restaurants limited, but students can only go there once a day until they have to start paying if they want more, which leaves most to go to the cafeteria at least once a day too.

“The cafeteria, even though they say they do offer options, only have a select variety of fruits from cans or let’s say french fries. What am I suppose to do with some pineapples, mandarins and french fries? Where’s the nutrition in that? Where’s the protein? Where’s the fiber? The grains? There’s nothing there. I could never have a full, actual plate-portion meal there and it’s ridiculous,” Ayala said.

Vegan students struggle to find food they can eat within the school that follows their diet and is healthy. They call for MSU to include a greater variety of food that caters to all diets within the campus.