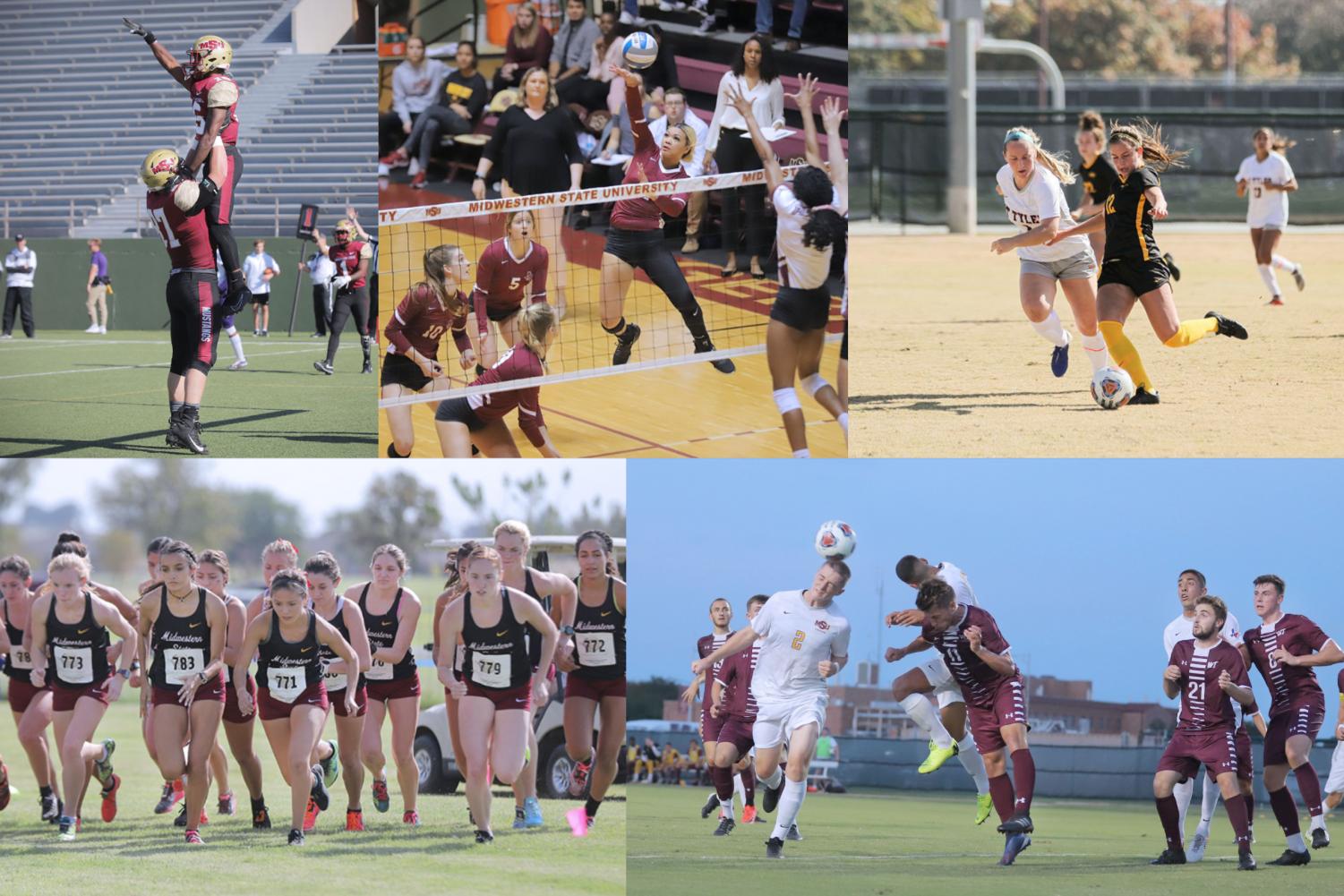 The sun has set on another semester of maroon and gold athletics. For the senior ‘Stangs, this season was the culmination of years of blood, sweat and tears. The athletes that remain now take to the off-season in hopes of coming back the next year better than ever.

For the first time under Bill Maskill, head football coach, the football team finished with more losses than wins. This is the first season since 1999 the ‘Stangs have recorded fewer than six wins. Compared to last year, the team scored nearly 16 fewer points per game and gave up nearly seven more points per game to the opposition.

“I believe we underperformed to our standards because of how may injuries occurred so early on in the season,” Austin Compton, football manager and biology freshman, said.

In a year where four different quarterbacks played in at least two games, Quinton Childs (No. 21), running back and criminal justice senior, provided offensive consistency with his run game. Childs earned second-team All-Lone Star Conference honors thanks to his 758 rushing yards and seven touchdowns.

“Having a good running back is so important because it opens [up] so many options in the offense,” Compton said. “When the quarterback position is a revolving door, it helps to have a reliable back.”

After Zach Purcell (No. 10), quarterback and finance junior, went down with an early season injury, Triston Williams (No. 19), quarterback and agricultural businessman sophomore, took over the quarterback position. A healthy Purcell will look to reclaim his starting position next year, but Williams’ experience and chemistry with his teammates may give him an edge on the competition despite posting just a 45% completion rate and throwing 12 interceptions.

“I really look forward to [Williams] slinging it around some more and leading us to some wins,” Justin Jones (No.30), running back and history sophomore, said.

The men’s soccer team was crowned champion of the Lone Star Conference tournament for the second straight year, and they progressed to the second round of the NCAA II playoffs as the tenth seed. The team overcame a brief three-game skid and was on a five-game winning streak before falling to the University of California State-Los Angeles in the playoffs.

“When we were pushed late in the season with that three-game losing streak, I think the seniors did a really good job of showing the underclassmen how to keep pushing,” Michael Meachum, head men’s soccer coach, said.  “That is what I am going to take away from this season.”

Taylor Lampe (No. 1), goalkeeper and exercise physiology junior, used the 2019 season to cement his place as one of the best to ever play under goal for MSU. Thanks to his efforts this season, Lampe now holds the career records for most wins (42) and most clean sheets (26), and he is now tied for the third-most saves in ‘Stangs history with 134. His eight saves were critical to the team’s win over the seventh-seeded University of California San Diego in the playoffs.

“[Having Lampe there] definitely helps. We don’t have to worry about the backline because he’s there,” Adam Conway (No. 2), midfielder and kinesiology sophomore, said.

The men’s soccer team has never advanced further in the playoffs than the quarterfinals despite continuously placing in the top-3 in the Lone Star Conference. Meachum was brought in before the 2018 season to propel the team further in the postseason, but the team has yet to achieve this. This upcoming off-season will be spent trying to find out how the ‘Stangs can win against higher-level competition.

“[Our goal is] for our chemistry to get better between our team, so that when we go up against better opponents we don’t just fall short,” Conway said. 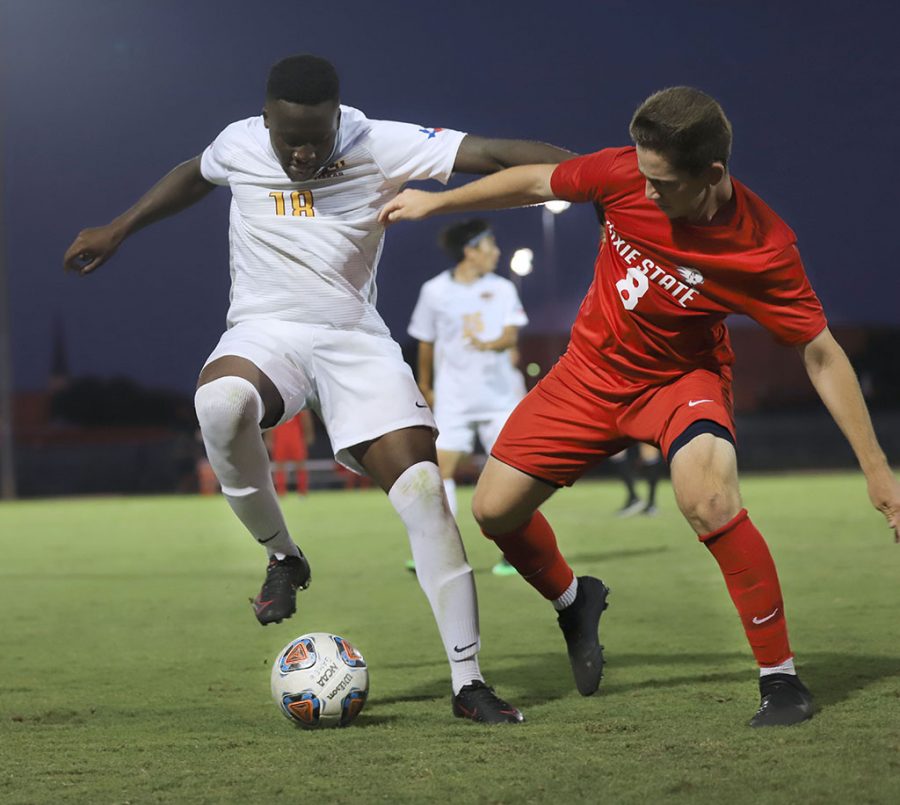 Women’s soccer made baby-steps in the second season of the Spence-era, finishing with two more wins and one fewer loss than the season before. The ‘Stangs played in 12 matches decided by one goal or fewer, posting a 1-9-2 record in such games.

“You look at those games, we could just as easily have six [wins in close games],” Ryan Spence, head women’s soccer coach, said.

Imani Morlock, defender and kinesiology senior, capped off her collegiate career by earning her fourth All-Lone Star Conference selection in as many full seasons. Morlock scored a career-high two goals and a team-high four assists this past season. She also led the Mustangs with 16 shots on goal.

“Imani’s been the heart of this team,” Spence said.

The soccer women will look to improve upon their offense before the 2020 season. The ‘Stangs ranked 10th out of 14 teams with 1.167 goals per game. The offense was also called for being offside 40 times over the season, which was the third most in their conference. 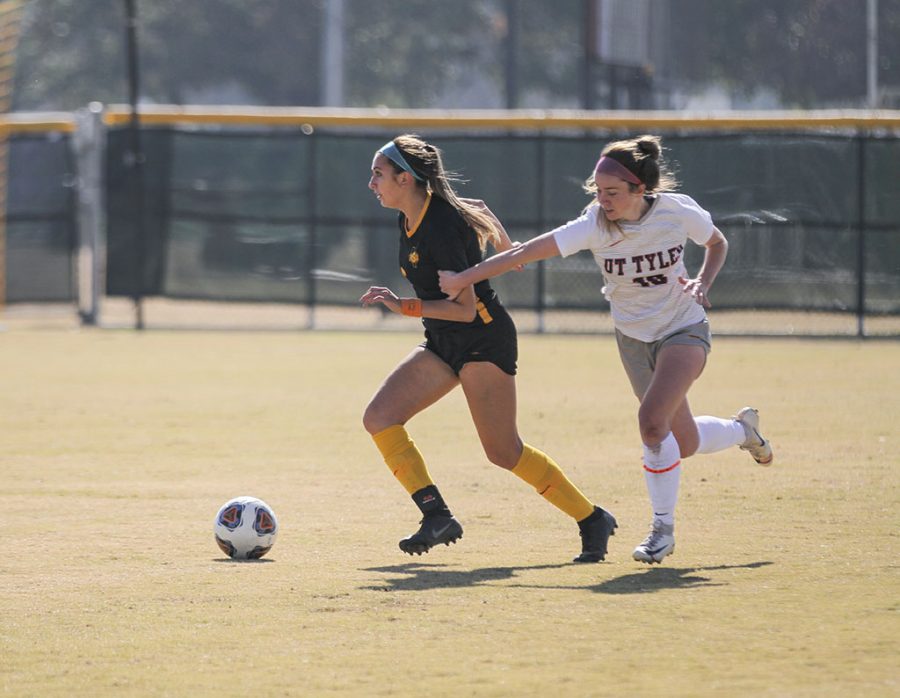 It was another losing season for the volleyball team under Valerie Armstrong, head volleyball coach, but the ‘Stangs made the Lone Star Conference tournament for the first time since 2016 and finished with three more wins than the 2018 season.

Sarah Eakin (No. 11), middle blocker and nursing senior, led the team on both sides of the net, recording a team-high 261 kills and 31 blocks. She was named second-team All-Lone Star Conference. Eakin finished her career ranked second all-time in total blocks with 322.

For the ‘Stangs season, it was as much about who wasn’t on the court as who was. The team suffered a major setback when Raven Presley (No. 21), right-side hitter and mechanical engineering junior, went down with a season-ending injury 15 games into the season. She had recorded 95 kills and seven blocks up to that point.

“We all thought about [Presley’s injury] in our heads. It brought the energy down a lot,” Lauren Honeycutt (No. 19), middle blocker and kinesiology sophomore, said.

The team will look to build on a promising core of freshmen going into 2020. Kaitlyn Masseth (No. 8), setter and business management freshman, led the team with 36 service aces and was second on the team with 446 assists, Howes was fourth on the team with 172 kills and Janiya Chapman (No. 7), outside hitter and political science freshman, recorded 122 kills and 34 blocks. 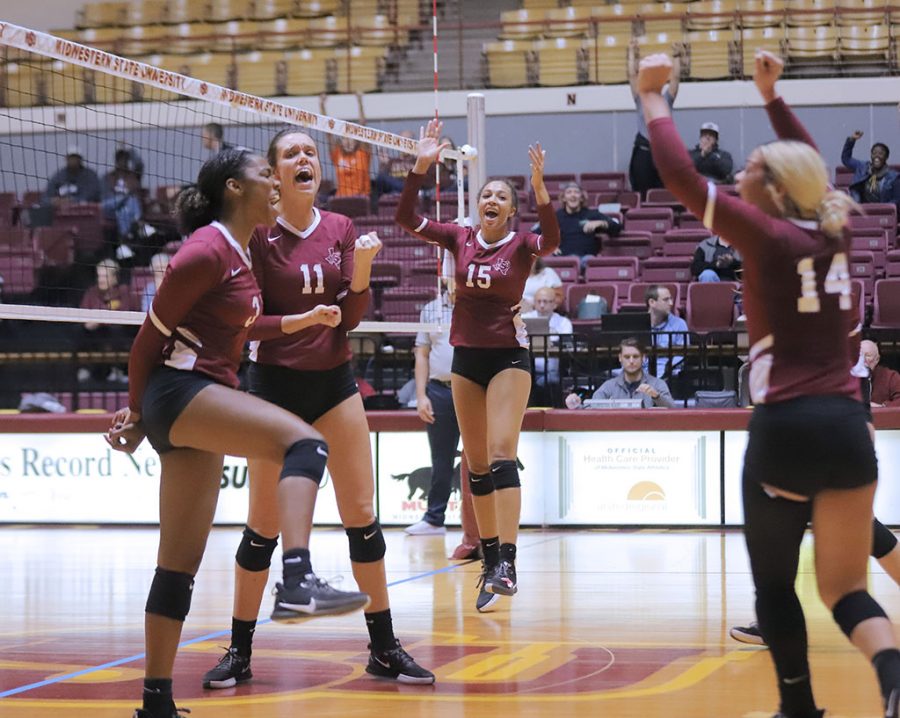 The cross country team finished their 2019 season with another above .500 finishing percentage under Koby Styles, head cross country coach. The women finished sixth out of 16 as a team at the Lone Star Conference championship and finished 19th out of 29 at the NCAA Division II South Central Regional meet.

“It went well, not as great as we had hoped, but we know we have a young team and we will come back next year even better,” Olivia Johnson, education sophomore, said. “One part of the season that was frustrating was that we do not receive recognition from the university as a whole. [We have] seven conference championships out of eleven years and not many know that we exist.”

Amerhyst Aguirre, nursing junior, started again for the team this season. Aguirre was the ‘Stangs top performer in all six meets this year, including the NCAA Division II South Central Regional meet. She had individual victories at the Endurance House Stampede and the Red River Country Shootout, and she recorded one of MSU’s best 6k times with a personal best 23:02.59 at the Lone Star Conference Championship.

“I had my best season so far here at MSU. I was able to run some personal records, which really boosted my confidence and reminded me of how much I love what I do,” Aguirre said.

Going into the 2020 season, the cross country team will be looking for improvement and availability from the team’s freshmen and redshirt runners. Sidney Tucker, nursing freshman, and Elizabeth Butzke, education freshman, finished second and third on the team respectively at the regional meet with times of 24:35.75 and 24:48.89.

“I think that all of the freshmen will come in stronger next season now that they have a season under them and know what to expect,” Aguirre said. “Next season we will definitely be a team to watch out for.” 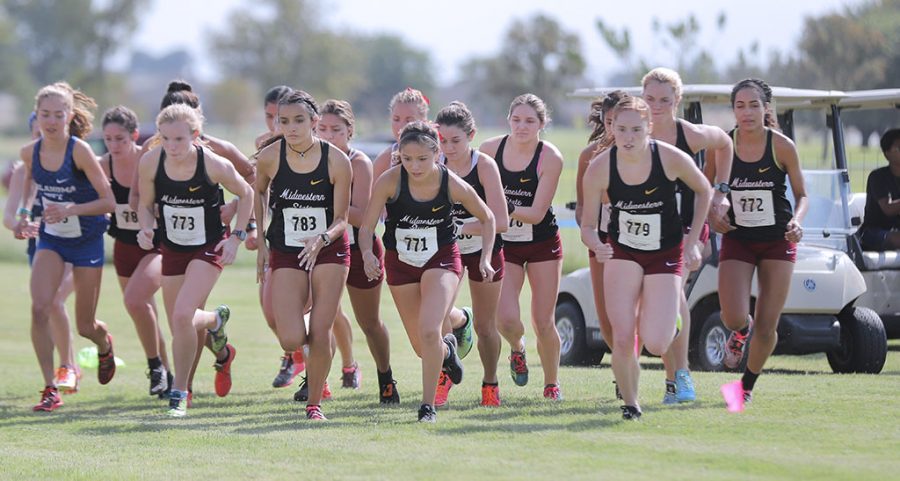 Gallery|10 Photos
Bridget Reilly
The cross country takes off at the start of the women's 5km race at the Red River Shoot Out. Oct 10. Photo by Bridget Reilly
Leave a Comment