Freshmen beat the odds and flourish in on-campus apartments 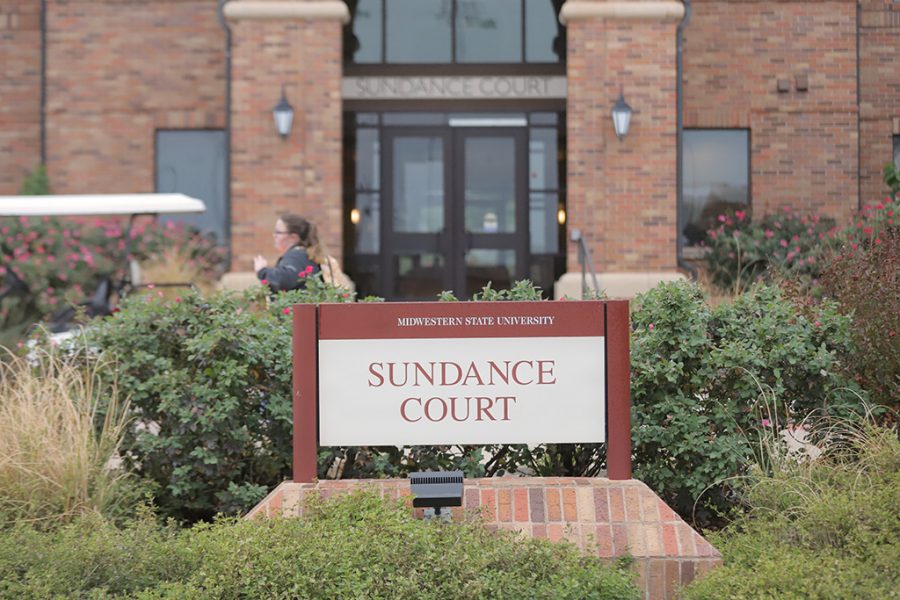 The process for housing application is simple: be enrolled at the university, fill out the application and pay the $250 down payment fee. A rumor exists that students have to meet a certain number of credit hours to get accepted into the on-campus apartments, but this is false. There is no policy to keep freshmen out of the apartments.

On-campus housing priority is set up in stages, starting with seniors and moving down a grade at each stage. In past years, this has led to the apartments on campus staying exclusive to upperclassmen. These residences are often seen as more desirable due to increased privacy and greater separation from roommates, so upperclassmen fill them quickly, while freshmen usually stay in the dorms. However, this semester, a group of athlete freshmen, as well as other freshmen have been placed in apartments.

Lauren Spragins, nursing freshman, Sydney Tucker, nursing freshman, and Christyn Smith, exercise physiology freshman, are all on the track and cross-country teams and knew each other before the semester started. This summer, Koby Styles, track and cross-country coach, messaged them asking if they wanted to be in the apartments. The four agreed, applied together and ended up in an apartment in Sundance Court.

Spragins said, “It’s really nice, and I’m thankful to be able to live in the apartments. It can be a little intimidating at times, though, since everyone else is upperclassmen.”

Kristi Schulte, residence life director, said studies have shown freshmen often do better in dorms among their peers because they build study groups and strong social bonds that last through future years.

Richard Keen, residence hall director, said, “We make sure that we target our efforts to [the freshmen] specifically to make sure they get involved on campus.”

Sports and leisure studies senior Mitchell Kenyon and marketing senior Devon Sanford both said their experiences with dorms and the social experience was vital to their later social life.

“It is critical in the first six to eight weeks for freshmen to build a peer group [it is critical that] they have seen these people, talked with these people and had dinner with them,” Schulte said.

Against the odds, though, it seems the freshmen have been managing a healthy social life.

Keen said, “Whenever I stop by [their apartment], they’re making dinner together. It’s their own community in the apartment.”

They are also benefitting academically.

Spragins said, “[The apartment] has definitely helped me academically since it gives me my own personal space to study, rather than having to share a room with someone else.”

The apartment has been helping the freshmen with their athletics, as well. Styles talked about how teammates living together can help hold athletes accountable and prevent tardiness to practice or games.

Styles said, “It’s nice to have someone on the same practice schedule in case someone oversleeps.”