The football team’s third quarter surge was not enough to beat Eastern New Mexico University, falling to the Greyhounds 27-24 on Saturday, Oct. 5 at 7 p.m.

After trailing 17-3 through two quarters, the Mustangs’ offense erupted scoring 21 points in the third quarter. Triston Williams (No.19), quarterback and agricultural businessman sophomore, found Xavier Land (No.13), wide receiver and criminal justice senior, over the middle of the end zone for a touchdown. Williams and his receivers continued to drive down the field to set up a couple of 1-yard touchdown runs by Lazarus Fisher (No.15), running back and sports and leisure redshirt sophomore.

“We came out and scored three touchdowns in the third quarter,” Bill Maskill, head football coach, said, “but we still didn’t finish.”

The team gave up 391 rushing yards and two rushing touchdowns to the Greyhounds, led by running backs Paul Terry and Johnny Smith. In contrast, the Mustangs allowed just 37 total yards passing. The stalwart secondary was led by one of their defensive captains, Jaydon Cunigan (No.8), defensive back and criminal justice senior.

“A lot of energy came from the secondary,” Cunigan said. “If the defense gets going, the whole team gets going.”

Williams got his first collegiate start at quarterback in place of injured starter Zach Purcell (No.10) , quarterback and finance junior. Williams completed 13 of his 23 pass attempts for 181 yards, one touchdown, and one interception.

“He did really well for his first game,” Justin Jones (No.30), running back and history sophomore, said. “I really look forward to him slinging it around some more and leading us to some wins.”

The loss to ENMU drops the team’s record to 1-2 in Lone Star Conference play and 3-2 overall. 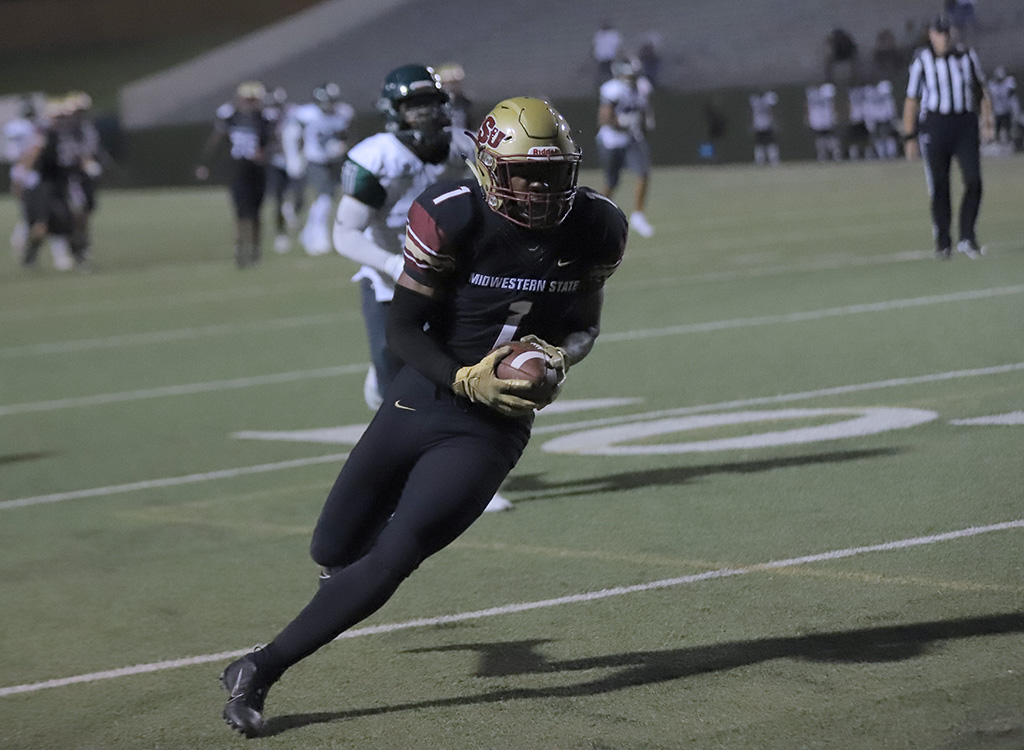 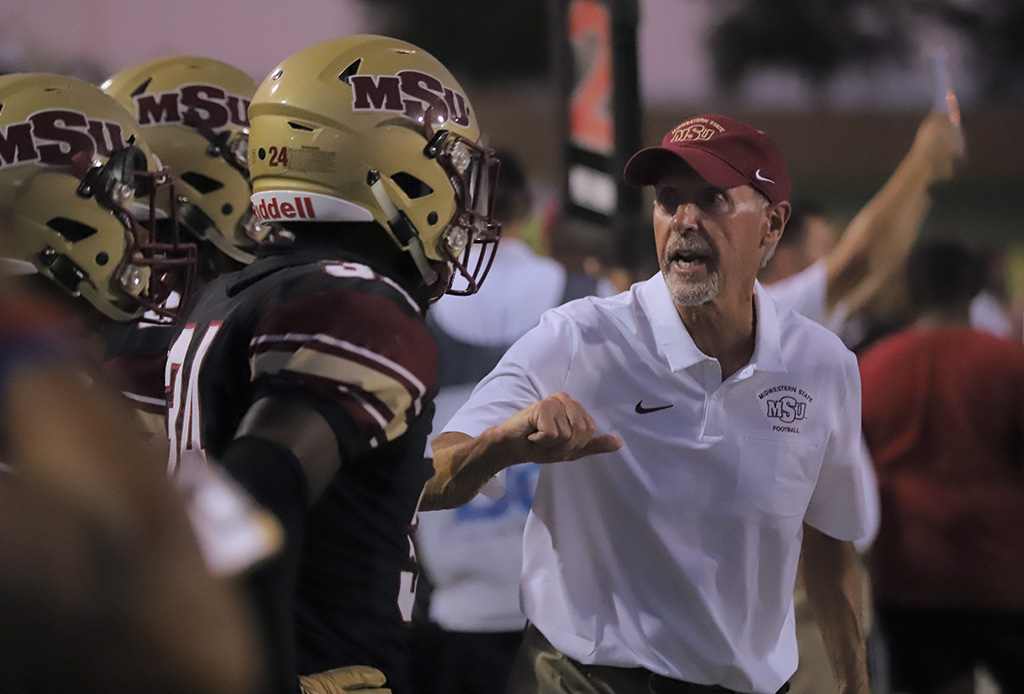 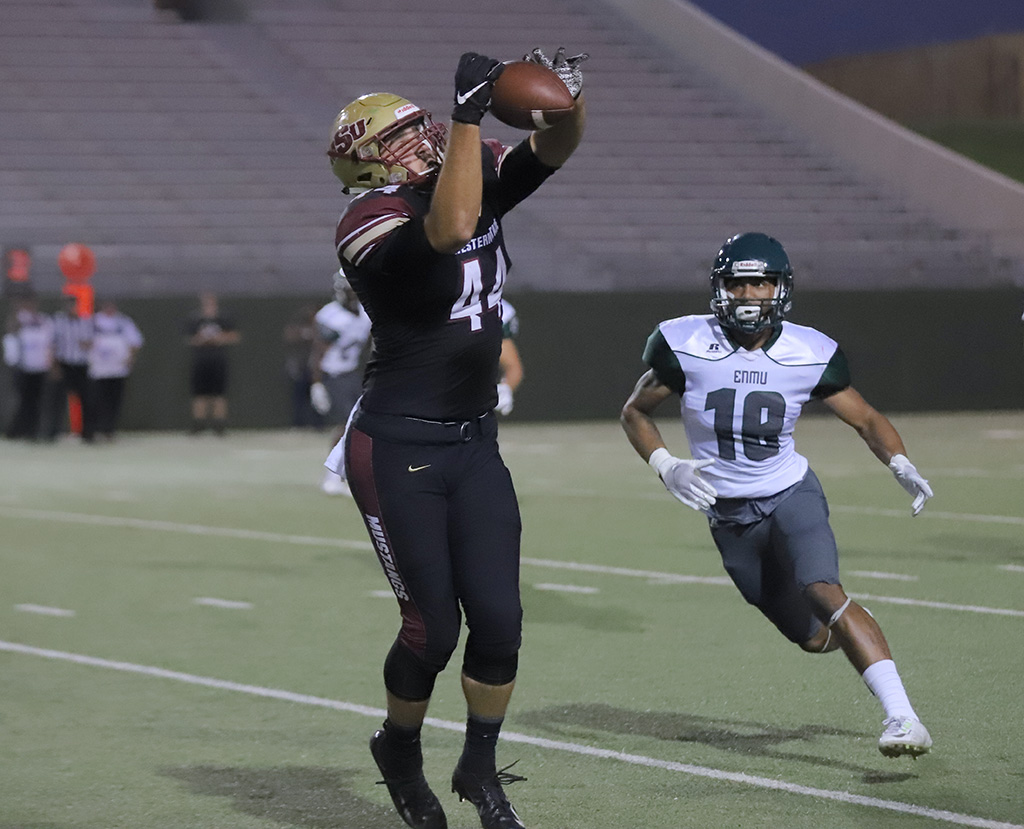 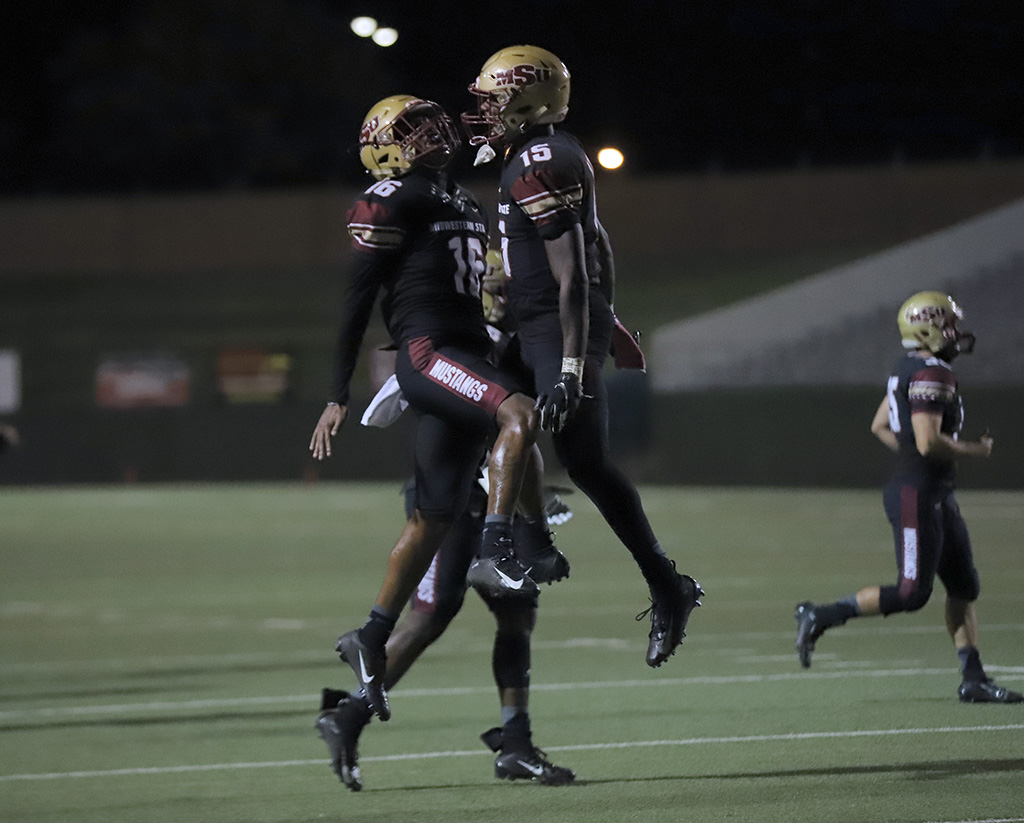