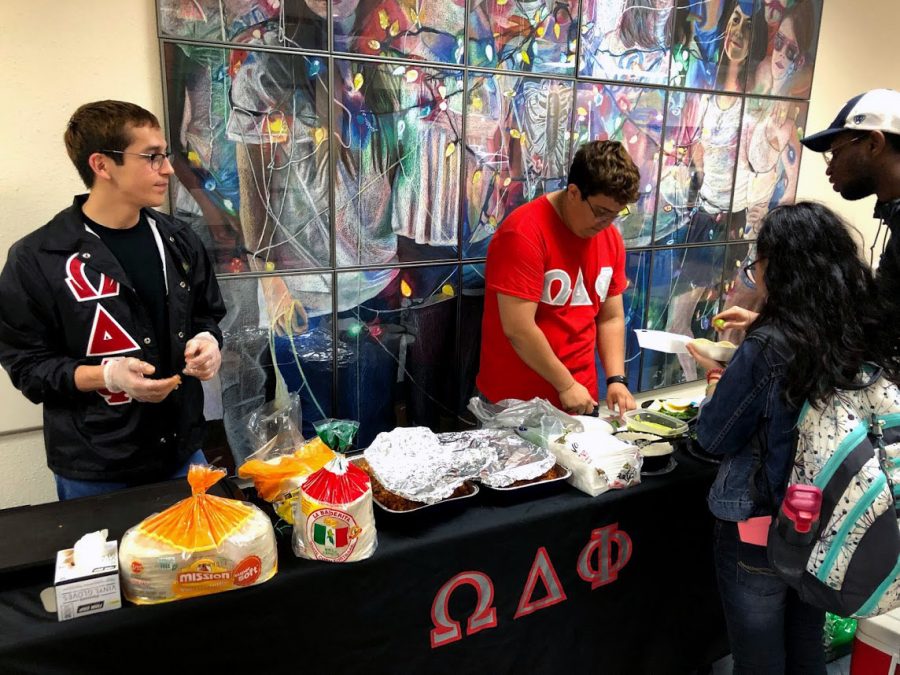 Students gathered in the Clark Student Center food court to purchase tacos from Omega Delta Phi on April 24 at their ODPhajitas event.

Come get some dollar tacos from us! pic.twitter.com/fZBA0NncmL

The purpose of the fundraiser was to make enough money to help send two of their members to a national conference for the fraternity.

“Our goal here was to make at least $100,” Jorge Morales, management junior and president of ODPhi said. “Since most of us know how to cook we are able to offer different kinds of food at a cheap price that you usually can’t get on campus.”

The members of the fraternity offered chicken tacos and an assortment of drinks for $1 each. They also provided onions, hot sauce, cilantro and lime for students to add to their tacos.

“This is a pretty good taco,” said Connor Whitten, MIS sophomore. “I saw a guy from my frat walking with one, and thought why not, I have a few dollars to spare and it’s a nice break from Chick-fil-A.”

The fundraiser lasted from 11 a.m. -4 p.m. and gained a lot of attraction in the food court.

Whitten said the fundraiser seemed to be successful. He’d been sitting in the food court for a while and noticed many students stopping by the table.

This fundraiser was also a way for ODPhi to further bond within the MSU community.

Criminal justice junior Michale Gonzales said, “Love it [fundraising] because we get all the guys together and more people get to see us on campus and realize how much we’ve grown.”