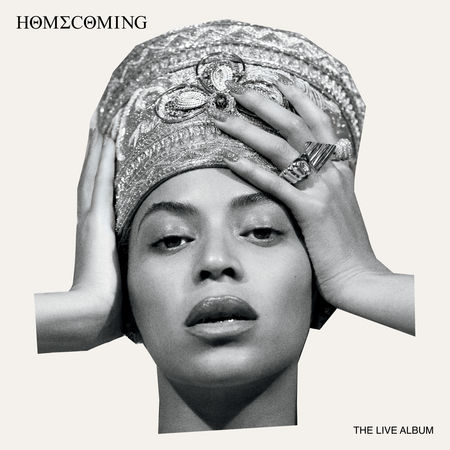 The world stopped once again for “Queen Bey” (aka Beyoncé) when she released Homecoming: The Live Album, which is an album composed of live recordings from her Coachella performance in 2018.

In total, the album is 40 songs long, so as much as I would love to dive into almost each and every one of them, this article cannot hold that much excellence all at once.

Majority of these 40 songs are her older songs that she had recorded in the past, and one highlighting her daughter, Blu Ivy’s genetically gifted vocal chords on “Lift Every Voice.”

Her songstresses of friends, Kelly Rowland and Michelle Williams appear on the album with her for a reunion performance of their hits ” Say My Name” and “Soldier” from their former group, Destiny’s Child.

One song in particular that lit a fire in my Beyoncé-loving heart was her rendition of “Before I Let Go,” originally written by Frankie Beverly and performed by the band Maze. This song is a staple in the black community; from every cookout and family reunion, its around us all the time.

Beyoncé’s theme of historically black colleges and universities was seen in her performance but even more so in her songs. In her cover of this song, the trumpets and horns in the background including the snare gave it such a “Drum-line” feel to it.

The song sounds exactly like it would if a band at an HBCU were to perform it during a halftime show or what would be blasting in the parking lot during a tailgate for a homecoming game.

This song could easily fit at the end credit scenes of any one of Tyler Perry’s “Madea” movies. Honestly no combination of words can perfectly describe the feelings this song evokes.

Towards the middle of the song, she also samples another staple song in black communities: “Candy,” by Cameo. The way she managed to bring the horns and drums as well as Cameo and Maze together in such a dynamic way were Beyoncé-esque and, as expected, flawless.

She even goes so far as to make it into a new line dance song with instructional lyrics like: “Bunny hop, bunny hop, drop. Pop. Cross your legs, turn around and clap. Shuffle to the left, let’s glide now”

Just as the Electric Slide, K-Wang, Cupid Shuffle and others, this song is a strong contender for being performed at the end of every barbecue, pool party and family reunion all summer 2019 and years to come.

Beyoncé was in her bag with “Before I Let Go” and this song solidified the reason I “stan” the queen.